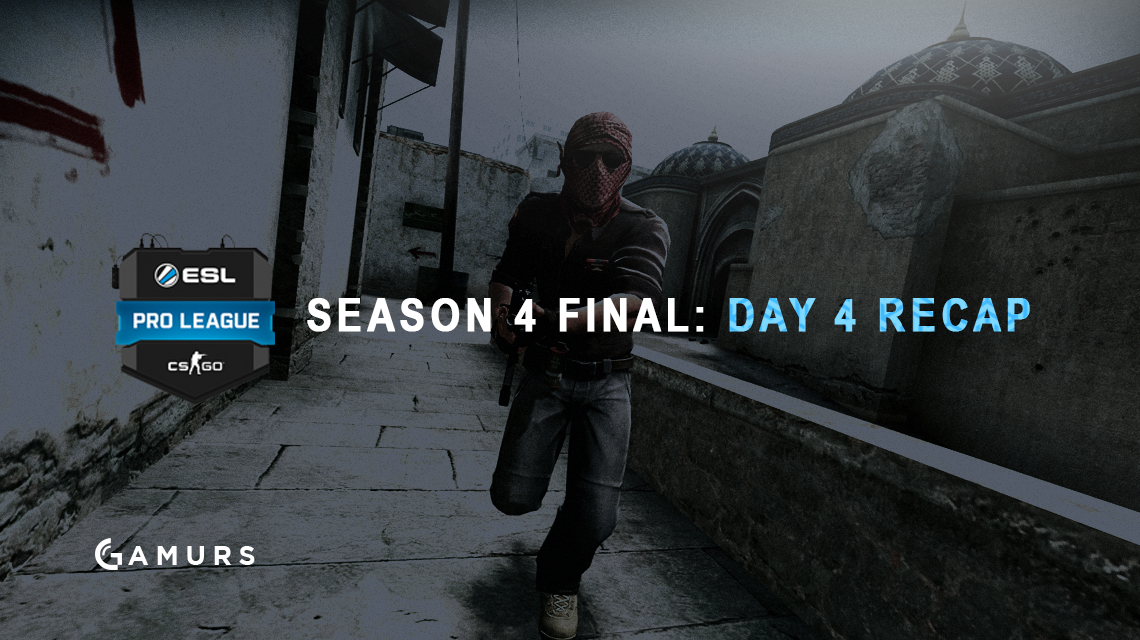 The fourth day of the ESL Pro League Season 4 Finals in São Paulo has come to an end, completing the quarterfinal matches. Here are the results from today’s matches (Oct. 29).

Today’s first quarterfinal featured a historic matchup between two of the game’s most storied franchises in Ninjas in Pyjamas and Team EnVyUs. Despite something of a throwback performance by star AWPer Kenny “KennyS” Schrub for EnVyUs, NiP won the series on the back of Christopher “GeT_RiGhT” Alesund.

In the second quarterfinal, which featured the two remaining North American teams, Cloud9 dominated OpTic to move into the semifinals with yet another incredible display by the duo of Timothy “autimatic” Ta and Jake “Stewie2K” Yip. In the semifinals tomorrow, NiP will play SK Gaming and Cloud9 will play Mousesports.