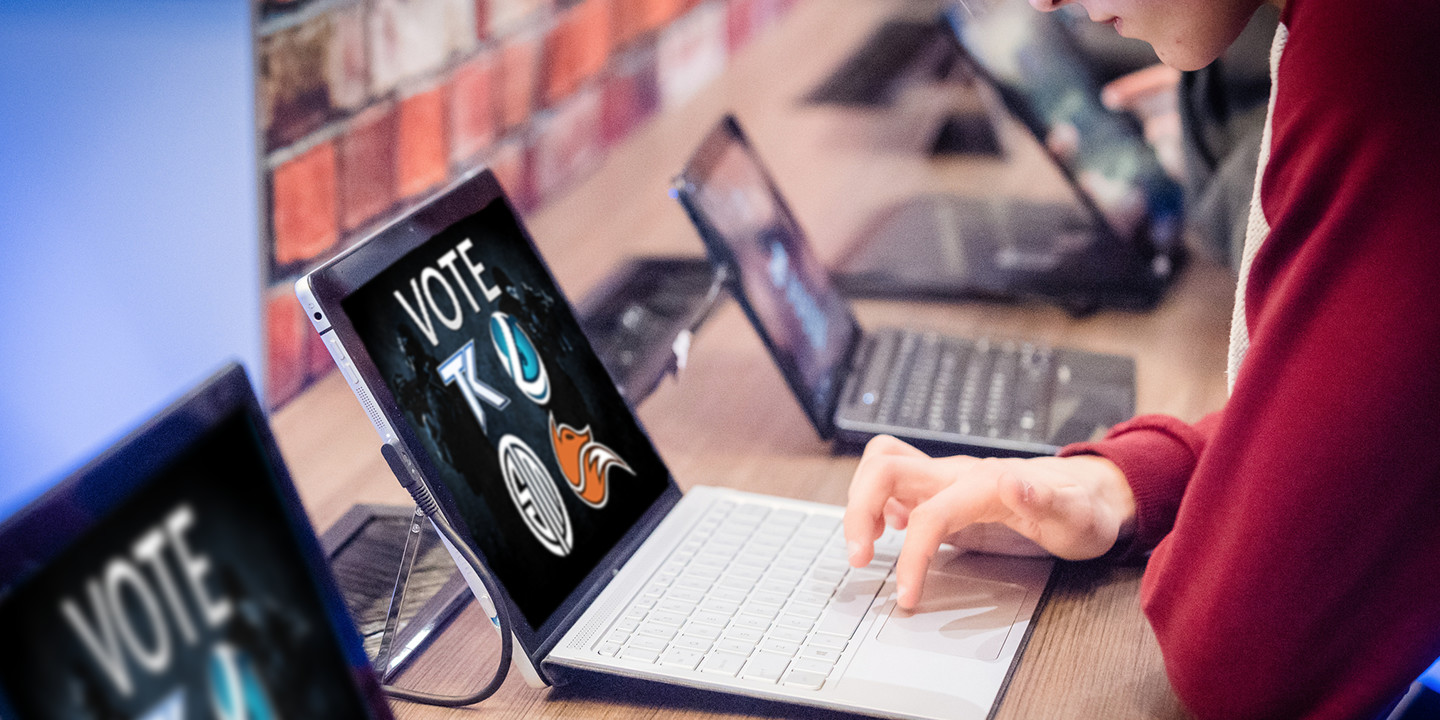 Eight Counter-Strike: Global Offensive teams are currently fighting tooth and nail for a spot in the upcoming season of the ESL Pro League, but instead of duking it out in-game, they’re battling via social media.

One team each from North America and Europe will receive a wildcard spot in the tournament, with ESL implementing a fan vote in the decision process. The European teams vying for a spot include Virtus Pro, ENCE, Godsent, and Gambit Gaming. Meanwhile, Luminosity Gaming, Team SoloMid, Echo Fox, and Team Kaliber are battling it out for the North American slot.

The two teams that receive the most votes for each region will face off in a best-of-three decider, with the winner taking the wildcard spot. At the very least, there is some form of actual in-game competition playing a part here. Unfortunately, four of these eight teams will be denied a chance to even fight for the spot, based solely on votes cast by CS:GO fans.

There’s no doubt that Virtus Pro and their army of fans, which is much larger than any of the other team’s fan bases by a huge margin, will secure a spot in the European decider. ENCE seems to have garnered the neutrals with its ‘EZ4ENCE’ motto, but there remains hope for Godsent, the Swedish vote, and Gambit Gaming, which have had successes recently in competitions.

Unfortunately, four of these eight teams will be denied a chance to even fight for the spot, based solely on votes cast by  CS:GO fans.

North America seems fairly clear-cut in the sense that SoloMid and Echo Fox should have the vote wrapped up. It’s basically Rick Fox and one of the biggest esports organizations in the west against Luminosity, which recently replaced its immensely popular side with an unknown set of Brazilians, and a Team Kaliber that only the most avid followers of North American CS:GO would be aware of. Unfortunately for the Team Kaliber squad, I don’t see their bid for Pro League working out this time.

Fans and active community members have already accused ESL of using the vote to ensure that TBS’ ELEAGUE champions and ESL One Cologne semifinalists Virtus Pro remain in the league. This is despite the fact that the Polish side was relegated last season after a 4-18 performance and a 2-1 defeat to Penta Sports in the promotion match. Including them makes sense, Virtus Pro are one of the best teams in the world, but not in an online setting. Participating would ensure much higher interest in the league, along with bigger viewing numbers across the board.

I’m not blaming Virtus for not giving much thought to these online leagues. Many players have come out and said they need a break from competition, both online and offline. After all, if teams can continue to put in outstanding performances at the major events, then why should they care? But let’s let the teams that are willing to put in the effort fight for that spot. I’d watch a Godsent giving 100 percent over a Virtus giving 50 percent any day of the week.

Ultimately, it’s not their fault that they’re included in the fan vote and will most likely win. ESL made the choice to include them, to even make the fan vote in the first place. Of course, Virtus will play the decider and potentially regain their spot in the league. And really that’s not the issue here, had the qualification process been fair.

This is not the first time ESL has held fan votes for its tournaments. Many of its previous League of Legends events had the same process for including teams in the tournament. Unicorns of Love famously won an invitation to IEM San Jose last year. Expected to flop, they managed to net second place, and $11,000.

Esports isn’t the fun little pastime it used to be… It’s a serious industry that pays out millions to competitors each year.

That may not be much in terms of esports prize pots these days, but this isn’t a fun, mid-season event for teams to experiment in. The ESL Pro League offered $200,000 to the first place team last season. Top eight granted $31,000, a full $20,000 more than that IEM San Jose tournament. This is one of the highest-paying tournaments in the scene. Yet part of the process for deciding who participates is down to the audience.

Esports isn’t the fun little pastime it used to be, when teams could win a couple thousand here and there at the upper echelon and some mousepads at the lowest. It’s a serious industry that pays out millions to competitors each year. Sure, for your off-season ‘fun’ events, go ahead, let the fans choose who they want to see. But for the second-highest paying league in the circuit, that is simply ridiculous.

This isn’t to say I don’t see the hole ESL is stuck in. Pro League is approaching rapidly, and ESL need to fill that final spot in each league before the season gets underway. Collectively, the teams decided that the first two weeks of August—immediately after ESL One Cologne and the finale of ELEAGUE—would be time off. Yet only one or two of these teams participated in the closing stages of those tournaments. Gambit Gaming reached the top eight of ESL One Cologne, a total of four maps played. Virtus Pro reached the top four of ESL One Cologne, and won ELEAGUE, a total of 13 maps. A break certainly suits them over the others, with the decider down to a fan vote and not more games.

Since the two poll winners will be facing off anyway, ESL would be better off drawing a random bracket between the four teams and having them play for the spot. Like a qualifier for a major international tournament.

This move from ESL seems to be yet another attempt to keep Virtus Pro in the league. Changing the rules last year to give them another shot at remaining didn’t work, and now ESL is very much aware that the team will win the fan vote. Bolstering viewing figures and keeping the large Virtus fan base watching is the goal here. Now it’ll just be hoping that the team doesn’t botch its second lifeline.