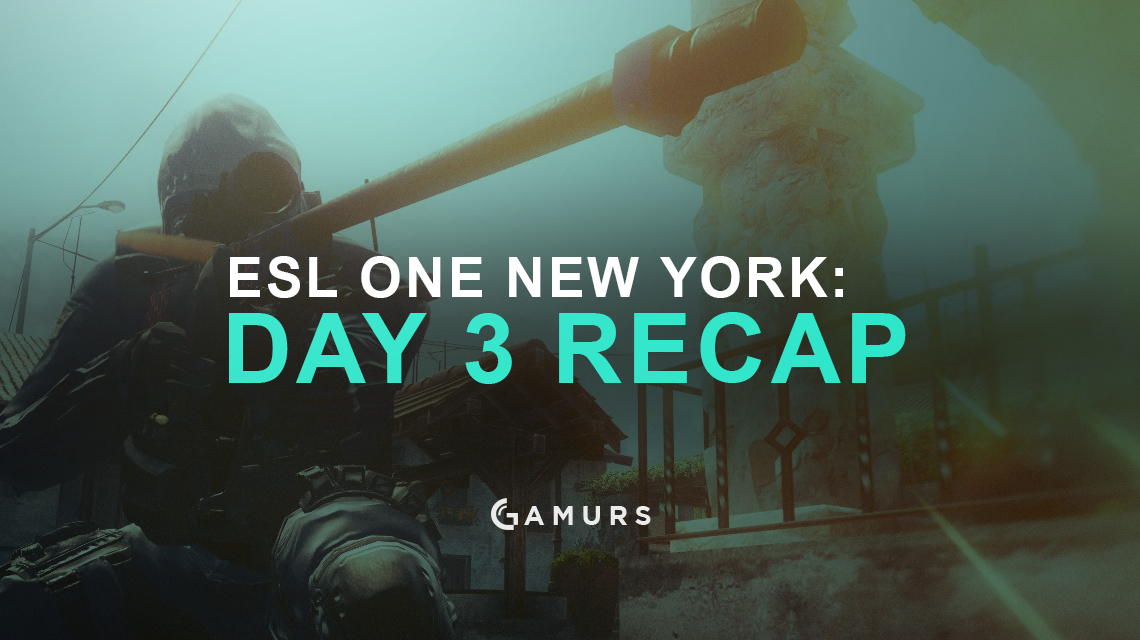 Today was an incredible day for CS:GO fans with the third and final day of ESL One New York. Here are the results from the playoff bracket matches (Oct. 2).

In the first semifinal of the day, Ukrainian star Oleksander “s1mple” Kostyliev and his Natus Vincere team faced his former teammates in Team Liquid. Liquid started with a dominating performance on their map pick of Cobblestone. Jacob “Pimp” Winneche stopping basically any attempt by Na`Vi to find any A-side map control during their terrorist side.

On Train, a map this Na`Vi lineup has proven to be quite formidable on, Liquid kept the game close throughout but fell short thanks to plays by Egor “flamie” Vasilyev. On the final map, what looked initially like it would be a blow out after a 12-3 half for Na`Vi, Liquid battled back thanks to plays by young star Jonathan “Elige” Jablonowski. However, Na`Vi’s first half lead was too much for Liquid in the end, moving them to the finals.

The second semifinal pitted Virtus.pro against SK Gaming, widely regarded as the best two teams in the world at the moment, and this series certainly proved to be a thing of beauty. SK won an incredibly close map on Mirage, VP’s map choice, in overtime. The second map on Overpass, SK’s map pick, took three hectic overtimes to complete; SK’s captain Gabriel “FalleN” Toledo served a formidable AWP turret on A-site and the VP duo of Pawel “byali” Bielinski and Janusz “Snax” Pogorzelski playing the roles of incredible entry-fraggers and site guardians. The Virtus Plow proved true in the end on Overpass, as the momentum of the victory led to a one-sided series finisher on Nuke for the Polish squad.

Your ESL One New York Champions are @natusvincere after winning Mirage 19-17 in OT against @TeamVirtuspro. pic.twitter.com/JoGOFUc0pY

The insane day of Counter-Strike did not stop for the final between Na`Vi and Virtus.pro. The momentum of the semifinal continued into map one, as VP smashed the Na`Vi defenses on Cobblestone, winning with ease. Na`Vi proceeded to win their map pick of Train, normally a good map for the Poles as well, in a similarly one-sided fashion. On the last map of Mirage, the two teams again headed into overtime, with incredible clutches and performances on both sides. Na`Vi managed to take this map and win ESL One New York thanks to a ninja defuse by Ladislav “GuardiaN” Kovacs Verified account  in the last round of overtime, cementing their new lineup among the world’s best.

Who is your MVP for ESL One New York? Tweet us @GAMURScom or leave a comment below.