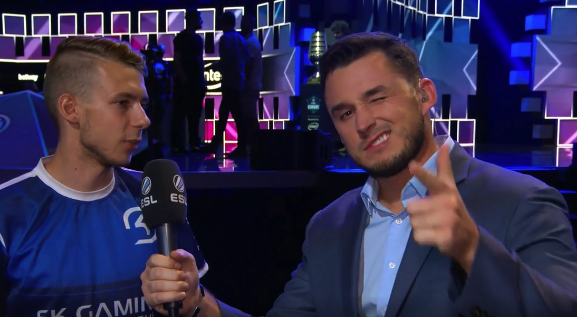 An action-packed week full of Counter-Strike ended yesterday, as SK Gaming lifted their second ESL One Cologne trophy and took home around $100,000.

Now that SK are bringing home a title from Cologne, Germany for the second year in a row, they’re currently regarded as the best team in the world. They’ve won three straight championships and five total overall championships in 2017, making them a big target for other ambitious teams.

From SK’s trophy haul to the Cloud9/Natus Vincere storyline, these highlights will hold down your CS:GO cravings before the next event in Krakow, Poland, where the $1 million Major will be held from July 16 to 23.

Sextuple overtime in Cloud9 versus Na`Vi

C9 and Na`Vi’s round two match turned out to be a CS:GO marathon. After trading 9-6 halves in regulation, the popular North American and CIS-region teams went the distance on Train with a total of six overtimes. The amount of overtime rounds played was the equivalent of playing the map twice, as there were 36 overtime rounds. Although Tyler “Skadoodle” Latham picked up a 3K, a 4K, and two aces, Cloud9 lost in the 66th round, which could’ve forced a seventh overtime. The Train marathon ended with a scoreline of 34-32, with Na`Vi on top.

Tarik put on a show

Tarik Celik recently took the reins as OpTic Gaming’s new in-game leader, and his efforts led to the Green Wall being the only team to take a map off SK all weekend. An exceptional Counter-Terrorist side on Mirage from OpTic gave them an early 13-2 lead before beating the Brazilians 16-10. Knowing his team had a comfortable lead at 14-6, Tarik threw away an AWP, bunny-hopped around A site with a 360 spin, and tried to knife three players before dying to a passively setup SK, who ironically expected him to actually try to clutch with an AWP.

Cloud9 would later get sweet revenge against Na`Vi in the semifinals, where they swept them 2-0 thanks to wins on Mirage and Overpass. Clutch plays from shroud changed the pace of the match on what is Na`Vi’s strongest map pick–Overpass. Na`Vi later tilted to the point of post-game desk-smashing, knowing that Overpass was their map to win. A one-on-one in round 30 ended with a one-tap from n0thing, who took off his shirt following the final blow to Na`Vi.

Tres “stunna” Saranthus interviewed a vocal Brazilian fan following the SK Gaming vs. FaZe Clan semifinal. When a goofy fan tried to interrupt the interview with a body slam and a beach ball, stunna pushed him away with ease, saving the interviewee from a trip to the floor. Who knew being a former US Army infantry sergeant would be helpful in CS:GO?

Prior to the grand final between Cloud9 and SK Gaming, stunna interviewed a few mates from Australia who challenged Cloud9’s in-game leader Jake “Stewie2k” Yip to a “shoey.” A shoey involves chugging a beer out of a shoe. They went bottoms-up with a shoey of their own, on stream, in front of hundreds of thousands of viewers.