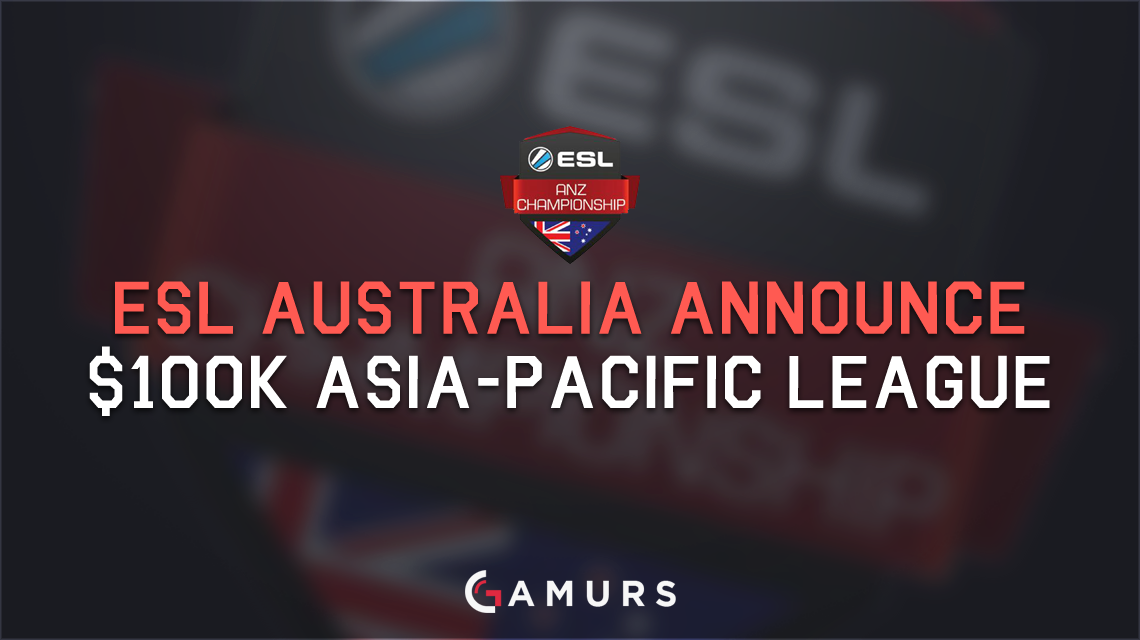 During today’s ESL Australia and New Zealand Championship Season 2 Finals stream, ESL Australia, in partnership with ZEN Esports Network, revealed a new Counter-Strike: Global Offensive league in 2017 with a $100,000 prize pool. The tournament will be Asia-Pacific exclusive and will feature eight teams split between the Oceanic region and the Asian region. The tournament will have two seasons per year, and will involve a two to three week online season, as well as LAN finals. The qualifiers are scheduled to begin next month, with two spots having already been secured by Athletico and Chiefs after beating Immunity and Parallax in the semifinals of ESL ANZ Season 2 Finals.

Will you be tuning in to the debut of this new CS:GO league? Let us know by commenting below or tweeting us @GAMURScom.