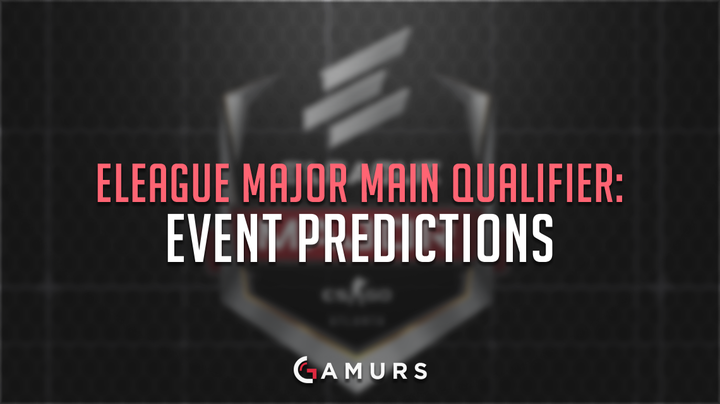 Majors are the biggest events of the year, but the qualifiers, as qualifiers tend to be, have sometimes been underwhelming. This time around, the major qualifier, and the major itself, will be the most competitive yet. Since the Fnatic era, we have been in the midst of an era of parity, and it’s at an all time high.

Information and scheduling for this event can be found here.

Dignitas has undergone a meteoric rise upon solidifying their lineup after getting Emil “Magiskb0y” Reif and removing Jesper “tenzki” Mikalski. Magiskb0y provided the aggression in the team, and Mathias “MSL” Lauridsen was able to incorporate this new aggressive player into the team’s framework. After this roster change, Dignitas went from top-12 at the last major to winning their first tier one tournament since Fragbite Masters Season 2, which was back in April 2014. That lineup included one player that is currently on Dignitas and is more resemblant of Astralis.

Dignitas has undergone a complete reversal of form. They slowly edged their way into being champions with their reigned aggression and unusual map pool. Dignitas was the first team to master Nuke, which forced teams to ban the map or be guaranteed a loss in best-of-threes. Nuke brought Dignitas to the forefront, but they then quickly developed their wide, yet weak, map pool into a much stronger one.

OpTic has transformed from a disappointing North American team into an impressive international contender. They have made it to the finals of three out of four of the last events they’ve gone to. Before, C9’s 2015 summer run was the point of comparison, the impossible to reach boundary. Since then, Liquid and C9 themselves have pushed that boundary. After winning ELEAGUE Season 2, OpTic has broken it.

Forget the major qualifier, OpTic will most certainly take Legends status, and they have a chance to win the entire major. OpTic has a good mix of players with a tactical foundation. Their two latest results tell you all that you need to know.

NiP had sunken quite far when they lost their Legends status after losing to FlipSid3. NiP had been a Legend at every single Major; to lose it was a great disappointment. Since then, NiP has won two tournaments, something that has become rare for even the top teams. Björn “THREAT” Pers was known for being a good in-game leader if enough time to prepare was given. Since this is Swiss format, there will be little time to prepare, and even so, NiP has a mix of players that is playing so well right now that they should be able to perform against these teams without much time to prepare.

Aleksi “allu” Jalli joining the team gave fans the hope that FaZe would improve, but they sat idly by, disappointing fans and management. After noting that a team of five superstars was anything but super, the team agreed to bring in Finn “karrigan” Andersen. Often times, it can be hard for stars to listen to their in-game leaders because in-game leaders often tell players to do things that don’t earn them the best scores or put them into positions where they can make flashy plays. For FaZe to not only recruit karrigan but to actually listen to his calls was something other-worldly in the world of Counter-Strike. Now that FaZe has been given time to work on their map pool and tactics, they are ready to crush some skulls.

It was a tough choice putting EnVyUs here. The other option that I was debating was Immortals. The reason why EnVyUs gets this spot and not Immortals is because they are guaranteed to play each other. EnVyUs has a winning record against Immortals, and Immortals has lost to nV every time. After losing to them at ECS, even though it was just a best-of-one, I have to give it to nV.

EnVyUs has been ramping up since the ELEAGUE group stage. Kenny “KennyS” Schrub has been hitting his shots and has been placed in positions suiting him, not Vincent “Happy” Cervoni, which is how the team should optimally function. New addition Christophe “SIXER” Xia has grown into his role and the rest of the team has risen up with him. Although they had a bad start to the year, EnVyUs is looking like the best French team.

As I had explained in the last entry, EnVyUs and Immortals are very closely ranked teams, and I edge it out to nV based on previous encounters between the two. Immortals has really transformed into something else after Wilton “zews” Prado left the team. He was expected to be a good in-game leader that would bring tactics to the team and would allow Ricardo “boltz” Prass to return to playing the game. In application, though, zews completely ruined the team’s style. After he was removed for Lucas “steel” Lopes, the team found its footing and João “felps” Vasconcellos found his form. Immortals is an impressive team, and because of that, they are under the threat of SK stealing one of their players. The major qualifier and the major are probably going to be the last LANs we will see from this lineup.

What can I say. G2 is talented. They should be able to thrive in this format. Hard for teams to prepare? No worries. G2 doesn’t watch demos anyways, and it will hurt G2’s opponents that do rely on preparation.

Cloud9 has fallen back to earth since ESL Pro League. Tim “autimatic” Ta hasn’t been as strong recently, and you can’t really rely on the rest of the team playing to the same level very often. To be honest, that was a once in a lifetime showing we saw from that lineup. They should just be glad that they were the first North American team to win an international LAN in 10 years. As such, I expect them to qualify for the major, but not to do much of anything while there.

Tyloo broke out on the scene at DreamHack Masters Malmö. They lost to Na’Vi, but they were a team with a new aggressive style from the East. After exposing themselves to Western teams, and thereby exposing themselves, Tyloo lost some of their mystique and got figured out. Hopefully, they will mark the way for other teams from Asia and bring something new to the game.

Renegades hasn’t been a good team for a long time. They refuse to take on American players, and they basically seem to be an uninspired team. While under Vox Eminor, they seemed determined to show the Northern Hemisphere that the land down under ought to be respected. After getting their paychecks on Renegades, the team slowed down and got complacent. With that complacency, they got worse and worse. Now, they have gone from competing in the majors to competing in the minors, to get washed out in the major qualifiers.

Mousesports is just a disgusting team. Nikola “NiKo” Kovač was so good at the beginning of the year, and it is a terrible to see him play so poorly. He was the best player in the world for a time, and now, his level has been severely diminished after the departure of his friend and coach, Aleksandar “kassad” Trifunović. NiKo took up in-game leading, and he was no longer able to focus on his own play so much because calling tactics for a team requires a lot of preparation and thought. Tomáš “oskar” Šťastný joining the team brought hope that mousesports could be a suitable home for NiKo, but his speedy departure and replacement by Christian “loWel” Antoran practically gutted the fans. Mousesports is going to struggle, and hopefully, it’ll teach NiKo to join a better team.

It was practically a miracle that CLG was even able to qualify for the last major, and that was with Josh “JDM” Marzano. Now, they have the inferior player of Kenneth “koosta” Suen, who apparently has attitude issues and no longer can AWP to the level he had shown at the major qualifier one year ago. After the whole coach standing-in situation, CLG hasn’t improved much. CLG, the organization, has thrown lots of money around and has nothing to show for it. The team somehow is getting worse, and it has been sad to see talented players like JDM and Tarik “tarik” Celik rot away on that team. After this event, it’ll probably be the last we hear of CLG at big LANs.

Like most of the teams on this side of the list, GODSENT has been a massive disappointment. The breakup of Fnatic was very unfortunate, but they weren’t doing very well at the time anyways. Fnatic has since done moderately respectable things on LAN, but GODSENT can’t even qualify for them. GODSENT was heir to the major spot, until Freddy “KRiMZ” Johansson turned back to Fnatic. Now, GODSENT is forced to qualify here. GODSENT is only in the 12-14 range because teams like Vega Squadron exist.

Poor Vladyslavr “bondik” Nechyporchuk. He was on a team that could qualify for every major, he was a star and he was part of a system. oskar and bondik were stars that a team could be based around, but that failed to happen. They never meshed, and oskar left for mouz. Maybe, a player will make some rounds interesting. Otherwise, forget about them.

Congratulations Team Spirit. You have made it to a big event. No one knows or cares to know anything about this team. They are some CIS team that qualified through the CIS Minor.

Congratulations Vega Squadron. You have made it to a big event. No one knows or cares to know anything about this team. They are some CIS team that qualified through the CIS Minor.

Do you agree with these predictions? Let us know by commenting below or tweeting us @GAMURScom.