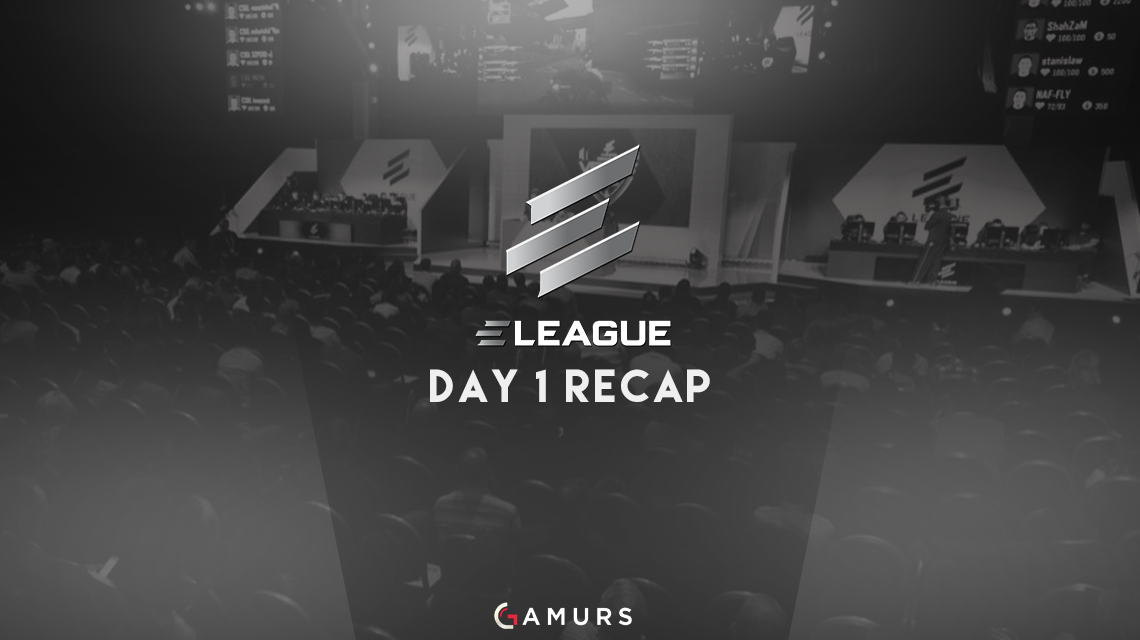 We have now come to the fifth week in Turner and WME|IMG’s ELEAGUE and it has already started with unexpected success from some of the teams.

This week, Echo Fox, Natus Vincere, FlipSid3 Tactics and mousesports duke it out for a chance to pass to the playoffs or last-chance qualifiers.

The first matchup of the day was between Na’Vi and Echo Fox. In this two map series, the teams actually drew as each won a map, something that not many people would expect from the North American team against NaVi.

Train, was heavily dominated by the Ukrainian and CIS veterans. Na’Vi only allowed Echo Fox to pick up six rounds, five on the terrorist side and one on the counter-terrorist side. The Europeans took the map 16-6 to earn their first point for this week.

It was an entirely different story on Dust II, though. The North Americans heavily controlled the map, as Na’Vi does not often focus on it. Na’Vi didn’t really start collecting points until the second half on their counter-terrorist side, when the team picked up eight rounds. Echo Fox gave us the first upset of the day with a 16-11 win.

FlipSid3 Tactics and mousesports were the next in the chairs. This matchup could have been a potential 2-0, but instead we ended up with another 1-1.

The map picks brought the teams to Train. It was more of a back and forth map, as both teams would accrue a number of rounds before succumbing to the other. Train went to overtime and mousesports took the win with a score of 19-16.

As the teams entered Cobblestone, Flipsid3 decided it was time to win. The North Americans had a strong counter-terrorist hold as the game went on. Flipsid3 took the map 16-6 to bring us the second unexpected win of the day.

The last matchup of the day had Na’Vi and mousesports battle it out to see who would come out ahead for the day.

The results of the first map, Mirage, shocked casters and analysts as mousesports took control and stopped Na’Vi in its tracks. This is typically a map people would expect Na’Vi to win, but instead the Germans walked away with the 16-6 win.

Na’Vi wasn’t down and out yet, and the players showed that once they entered the last match of the day on Cobblestone. It seemed as if mousesports had too much emotion going on. Na’Vi took Cobblestone 16-6 to take their second point for the week.

This might be the most exciting week of ELEAGUE yet, because the teams all seem hungry to succeed and show their worth. Na’Vi and mousesports now have the most points after today’s games.

Who is your favorite for this week? Let us know in the comments and make sure to follow us on Twitter, @GAMURS, for esports content and live coverage.