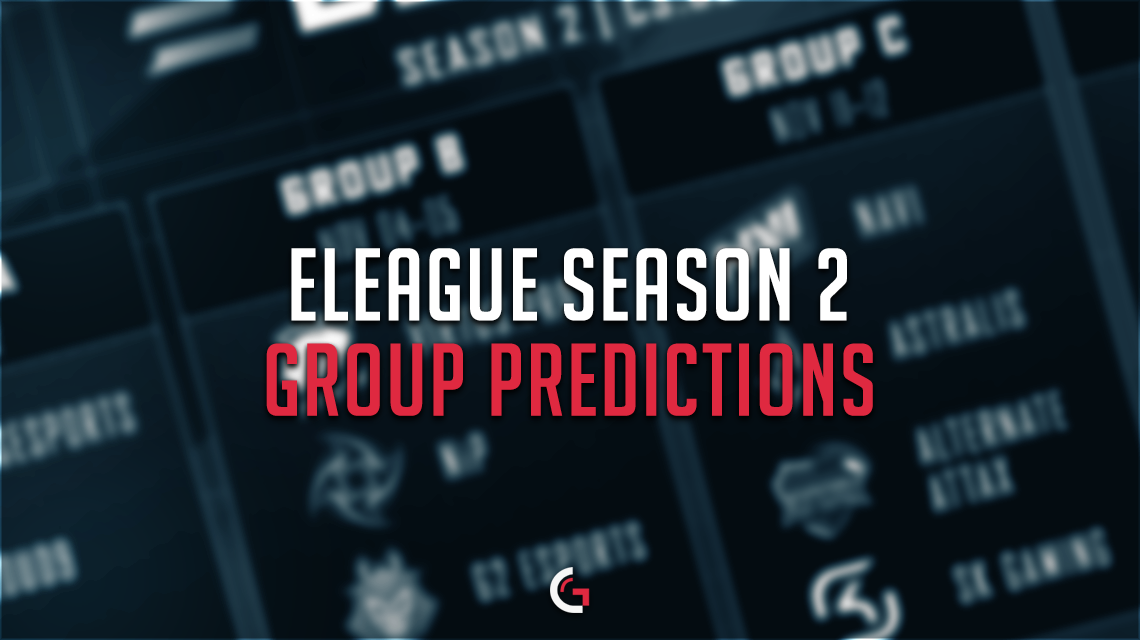 In less than twenty-four hours, ELEAGUE will be making its return to nationwide streaming on TBS in the United States. Over the course of the next few months, sixteen teams will be competing for a spot in playoff competition amongst seven other teams for an overall prize purse of $1,100,000. In the first two weeks, mousesports, FaZe Clan, Cloud9 and Immortals will be facing off in Group A for two playoff spots. Tomorrow’s best-of-one matches will begin at 6 PM EST and the matchups are as follows:

Here are my exact score predictions for how this group could play out.

[Cloud9 wins the group, advances to Bracket Play as FaZe Clan is eliminated]

Cloud9 is the heavy favorite to emerge victorious, with Immortals possibly trailing right behind. After their recent ESL Pro League placings, each team brings a significant amount of firepower to ELEAGUE. Mousesports and FaZe Clan’s stories in this group stage may not have similar outcomes. With the recent change of Finn “karrigan” Andersen replacing Fabien “kioShiMa” Fiey, FaZe’s lineup could be crippled during the adaptation process. The same could also be true about mousesports. Although Tomáš “oskar” Šťastný’s may have been benched, Nikola “NiKo” Kovač’s absence as the team’s in-game X-factor may play a role in the team’s possible underperformance. If Niko performs to his full potential throughout the matches in Group A, then mousesports have a chance to forge themselves a spot into the playoffs.

Which two teams do you think will win Group A? Let us know below or with a tweet @GAMURScom.