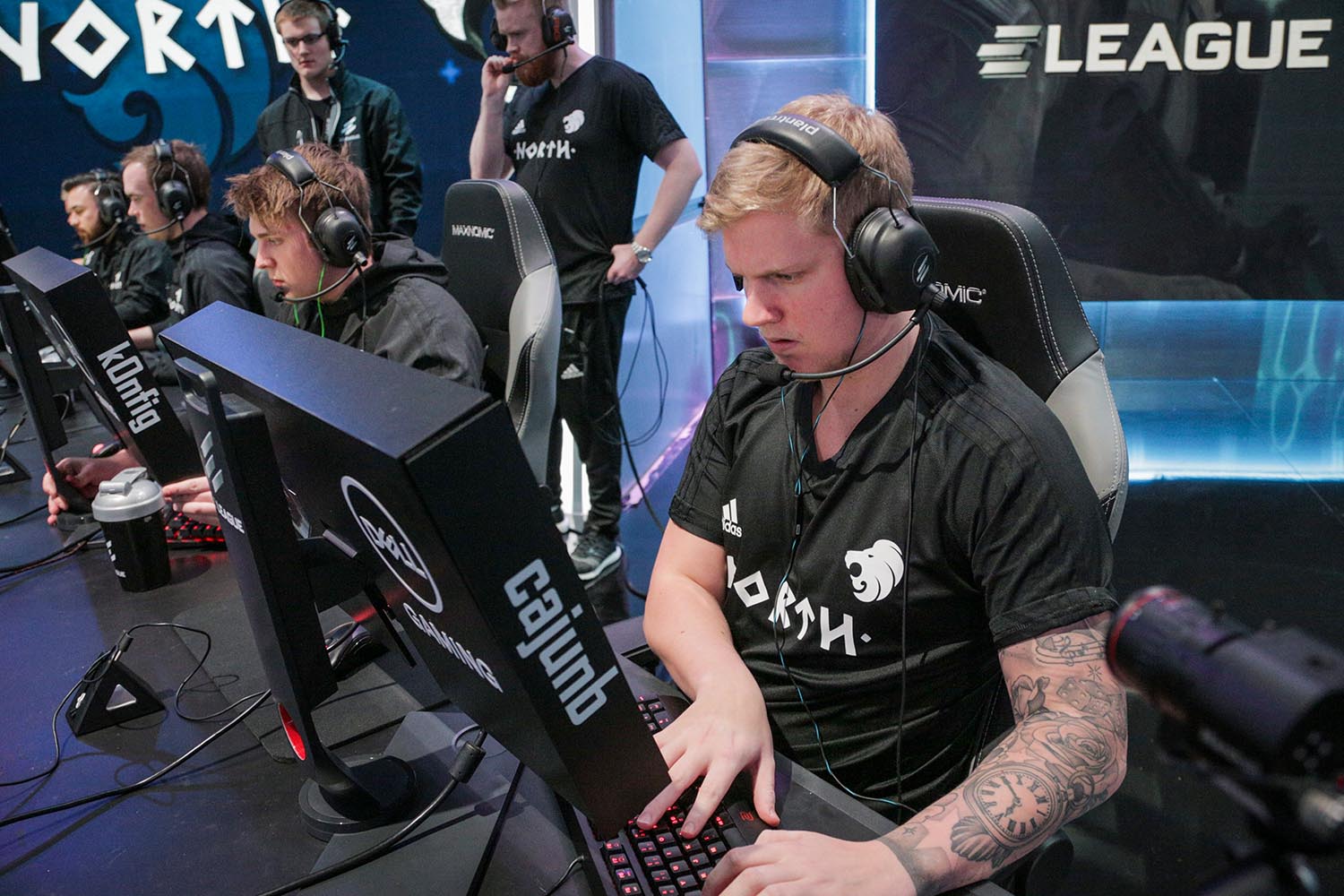 After an astounding second day of games, the stakes are rising at the ELEAGUE Major. With tournament favorites facing elimination, and old faces return to former glory, this is where we stand heading into the event’s third day.

North and OpTic one game away from elimination

The ELEAGUE Major has yet to disappoint in terms of upsets. North and OpTic, two of the highest-rated teams in attendance, are currently staring at elimination before the playoffs.

While the Danish North squad are entering the event off the back of several poor tournament performances, the team has still fallen short of expectations. After being trounced by Gambit and Fnatic, two teams that were not expected to perform particularly well at the event, in the past two days, the Danish roster will now face HellRaisers to decide whether their tournament run continues.

In stark contrast, North America’s OpTic have had to endure a trial by fire, as the team has so far been pitted against tournament favorites Virtus Pro and Astralis. Now they too stand on the precipice of elimination.

Magic at the majors

Each Valve Major seems to have its own fair share of absolutely stunning moments, and the ELEAGUE Major is no exception.

While a fair share of stunning plays have already happened at the ELEAGUE Major, no team at the Valve Major can so far compare with that of the Polish Virtus Pro roster.

In its match against G2 Esports yesterday on Nuke, the Poles snatched round after round in the most unbelievable fashion.

Gambit was considered to be far from a favorite heading into the ELEAGUE Major. While the CIS team has had limited success in the closing months of 2016, there was nothing to indicate that Gambit would be one of the teams looking reclaim its legend status.

Somehow, however, Gambit are now only one game away from making that dream a reality. But while the team’s two victories against North and GODSENT were utterly convincing, the question remains: can the CIS squad can defeat the Polish legends in Virtus Pro?

As of right now, North are the biggest disappointment of the ELEAGUE Major. The Danish squad that impressed consistently throughout 2016 has delivered uninspiring performances against both Gambit as well as the current, less than stellar, Fnatic, North are now one loss away from being eliminated without a victory to its name.

On the opposite end, HellRaisers have nothing to lose. The Eastern European team was already rated as one of the teams with the lowest chance of advancing, and has already suffered two losses in the group. For them, elimination looks almost certain at this point, but with not nearly as much expectations placed upon them, one has to imagine that North will be feeling all the more pressured during the encounter.

So far everything has clicked for Gambit. Not only through the consistency of its star player Dauren “AdreN” Kystaubayev, but also through the in-game leadership of former Na`Vi veteran Danil “Zeus” Teslenko. The slow-paced and tactical style Zeus used to great effect on Na`Vi is once again working wonders.

But how will it fare against the unpredictability and sheer craziness of Virtus Pro? The Poles have made it their hallmark to never engage opponents on their own terms, and could potentially offset Gambit’s patient style through aggression or unpredictable prongs of attack. Can Gambit hope to stand against the unstoppable force of Virtus Pro, or will the immovable style of Zeus earn the Russian squad a spot in the playoffs?

Astralis succeeded in barely holding on against OpTic during the second day of the group stage. Similarly, G2 Esports just barely lost to Virtus Pro during the spectacular finisher last night. Both teams have endured some of the hardest opposition at the ELEAGUE Major during the group, meaning we can assume that, just like in the case of North and OpTic, that we will indeed be seeing yet another tournament favorite head ever closer towards elimination.

Reigning major champions SK Gaming, who off the back of an extraordinary comeback against FaZe Clan, are now only one victory away from advancing from the group stage.

The same can’t be said for the opponents the Brazilian’s are about to face. Eastern European supersquad Na`Vi has looked like the most clinical team in the ELEAGUE Major so far, losing only nine rounds in total across its two matches. Na`Vi’s competition has not been the fiercest, but the sheer dominance the team has displayed in these matches is not something one can simply ignore.