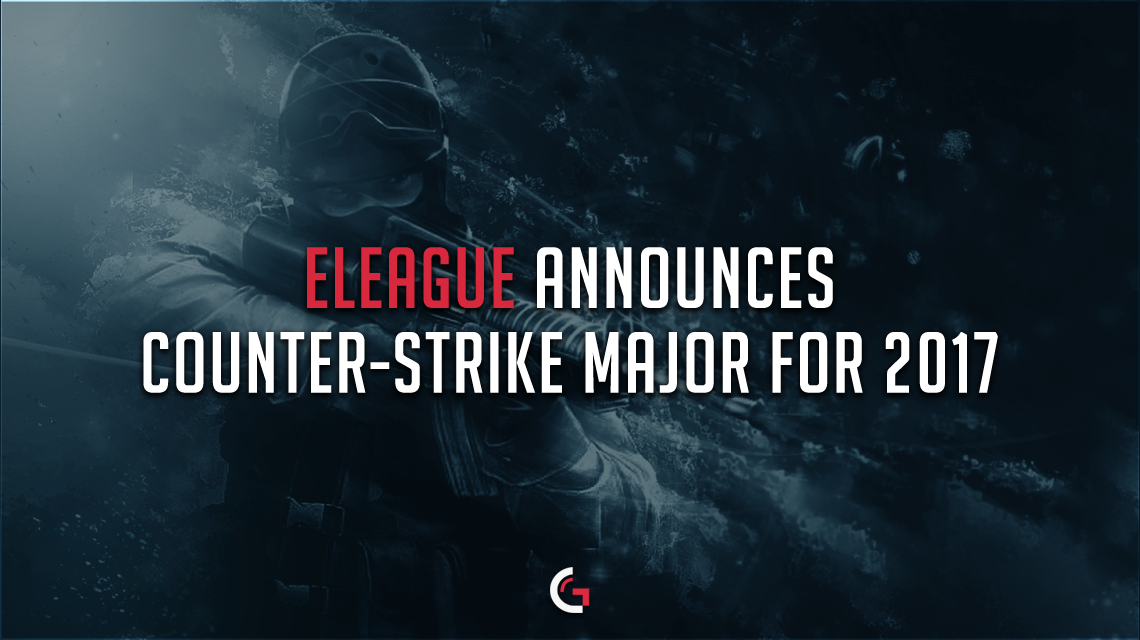 ELEAGUE has announced a new Counter-Strike: Global Offensive Major Championship today as Turner and WME | IMG continue to show their support for esports. The ELEAGUE Major will be the 10th Major Championship in the histroy of CS:GO and will be held Jan. 22-29, 2017, in Atlanta.

With a $1 million prize purse, the Major qualifier will be held Dec. 15-18 and live streamed on Twitch, along with every piece of the event in January that leads up to the Grand Final, which will be simulcast on TBS and Twitch.

“When we launched ELEAGUE, we set out to deliver a best-in-class experience for esports teams, players and fans and we’re grateful to the entire community for their ongoing support and engagement with our content,” said Lenny Daniels, President of Turner Sports.  “Less than one year since ELEAGUE’s debut, we’re thrilled to host the next CS:GO Major Championship and we will utilize all of our collective resources to help further elevate this prestigious event.”

Are you excited for another ELEAGUE CS:GO event? Let us know in the comments below and follow @GAMURScom on Twitter for further esports coverage.