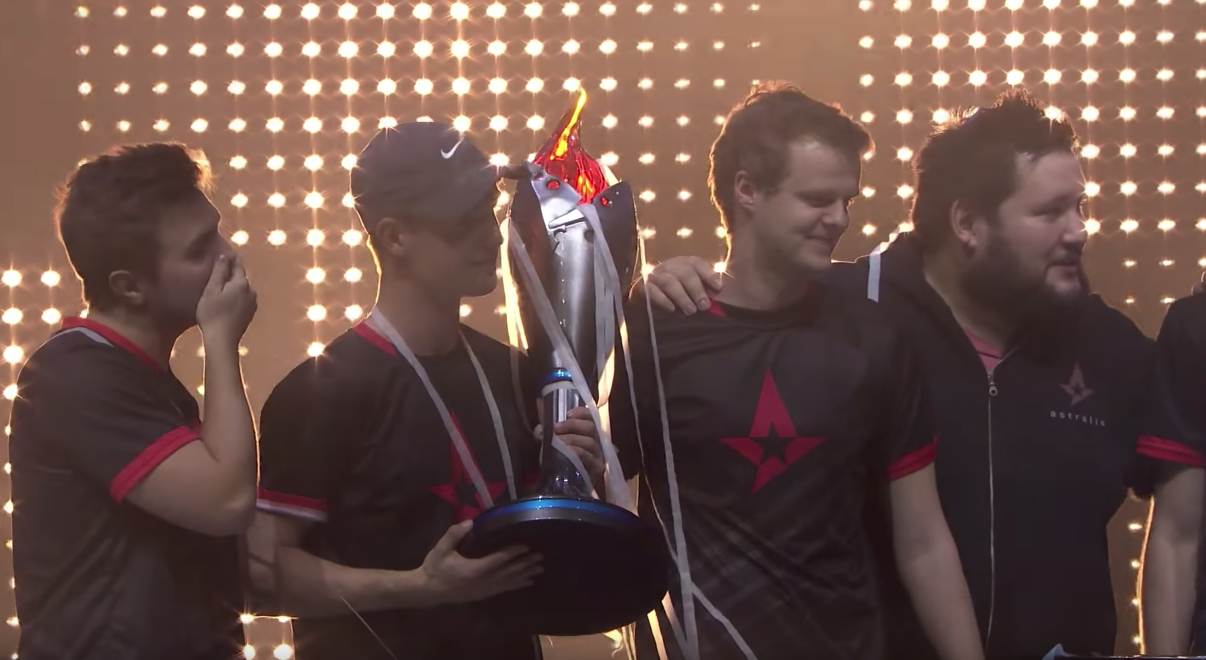 Counter-Strike’s top juggernauts from both North America and Europe will go head-to-head in a few weeks at the ECS Season 3 finals in London. The offline event will be held from June 23 to 25 in the Wembley SSE Arena.

Cloud9, SK Gaming, Team Liquid, and OpTic Gaming will represent the North American region across the pond. C9 and SK both finished with 13-5 records, but C9 placed on top due to their higher round win differential (+75 versus +70). Liquid and OpTic follow them in the leaderboard in second and third with 12-6 and 11-7 records, respectively. They all edged out CLG, Immortals, NRG Esports, Renegades, Luminosity, and Ghost Gaming in the eight week season. Luminosity and Ghost were relegated for placing ninth and tenth.

FaZe Clan, Astralis, Fnatic, and G2 Esports are also headed to London as Europe’s best in the ECS Finals. FaZe finished the season with a dominant 14-4 record, with Astralis (12-6), G2 (12-6), and Fnatic (11-7) not too far behind. Ninjas in Pyjamas, Team EnVyUs, mousesports, GODSENT, Virtus Pro, and Team Dignitas were unable to qualify for the London LAN. Team Dignitas and Virtus Pro were also relegated for their bottom two placings.

OpTic will likely be searching for vengeance against the Danes of Astralis after they were swept in last year’s grand final on Overpass and Train. The ECS Season 2 Finals would’ve been OpTic’s third title of 2016, following ELEAGUE Season 2 and Northern Arena, but Astralis stole it from their grasp and commenced their run as champions prior to the ELEAGUE Major in January.

Astralis are hoping to defend their title for the second year in a row after beating OpTic, SK, and FaZe on their road to the championship final. Contenders FaZe, SK, and G2 are playoff favorites in this high-stakes tournament, which determines who will be top dog before the Krakow Major in July. Liquid, C9, OpTic, and Fnatic will also need to step up to prove themselves.

Can Astralis defend their title for the second year in a row? Can FaZe, SK, or G2 dethrone them? Or will some other team burn through the rest in upset fashion? We will find out in two weeks.