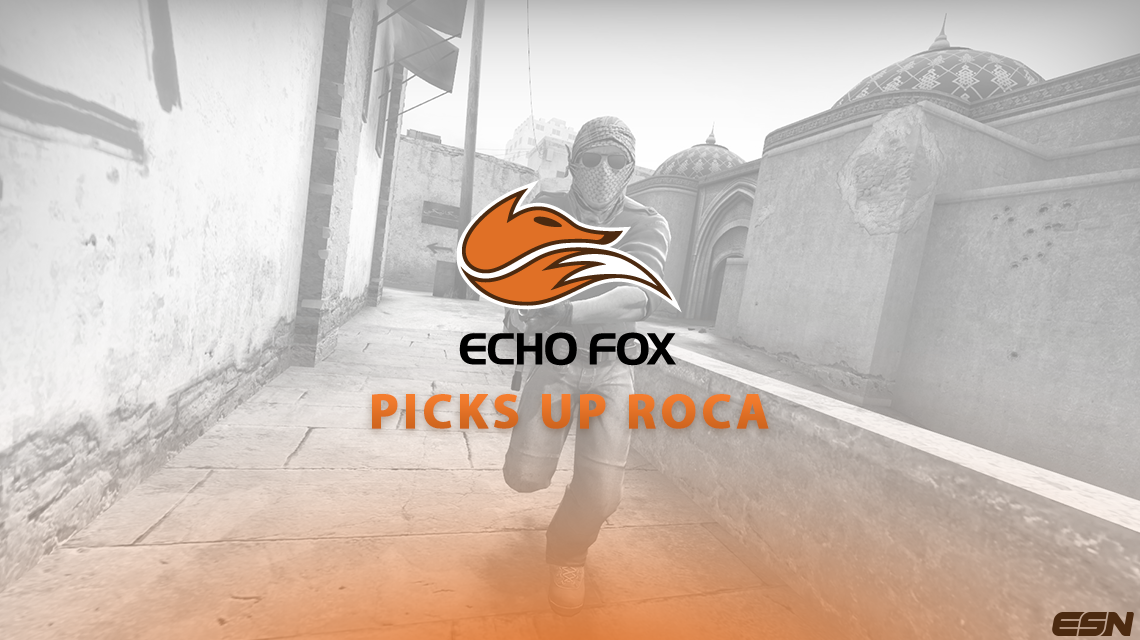 Echo Fox announced via Twitter that they have officially picked up Daniel “ roca ” Gustaferri, as of Wednesday, April 20.

Since April 7, roca has been standing in for the team, playing in their matches for the Esports Championship Series North American Qualifier.

The New Roster of Echo Fox is as follows:

With this new addition, how do you think Echo Fox will perform? Let us know what you think in the comments below or on our Twitter @ eSportsNation , and be sure to follow us to stay updated on all of your eSports needs.