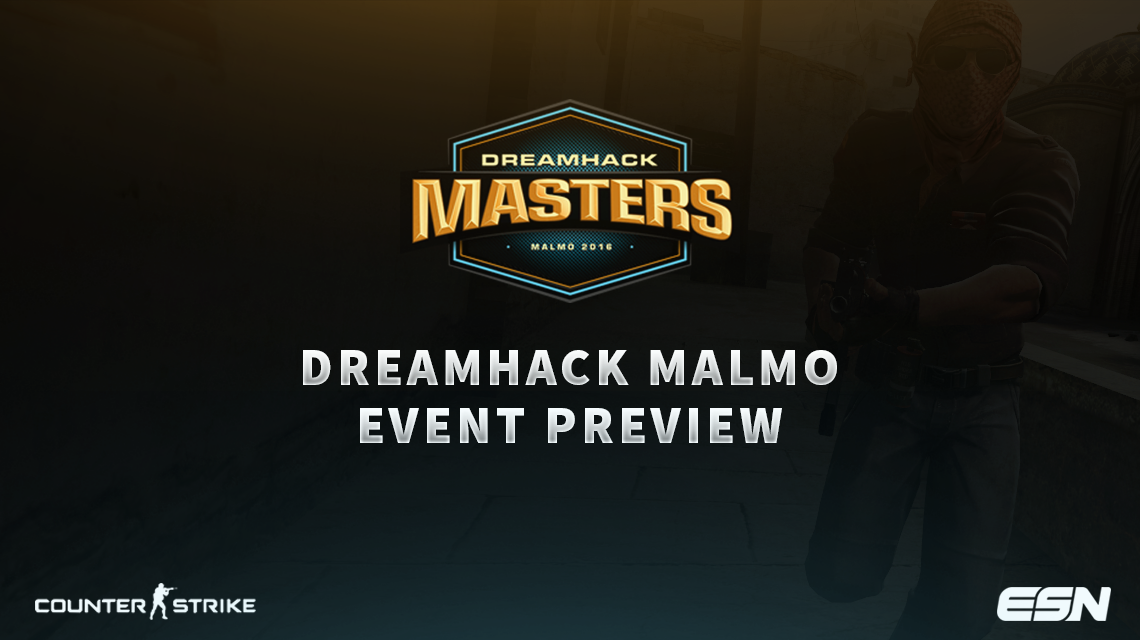 First off, let’s have a look at the groups:

The groups will play out in the same format as the major. Each match will be a best-of-one, until  the decider matches on Thursday, which will then follow a best-of-three format to decide who moves on to the second half of the tournament.

The group stage will be played on April 12-14 in a studio environment closed to the public. Saturday will mark the start for the rest for the teams who have made it to the quarter-finals,  which will take place at the Malmö Arena in front of a live audience.

The semi-finals and the grand final will take place on Sunday, April 17 where first place will win themselves $100,000 and the DreamHack Masters trophy.

The first match of the tournament will be Luminosity vs. TyLoo, which is scheduled to start at 11:00 am CEST. Please remember as the day goes on, timing is subject to change due to the varying match lengths.

Who do you think will make it out of the groups? Let us know in the comments below and for live updates as the matches happen, make sure to follow us on Twitter. @ eSportsNation .