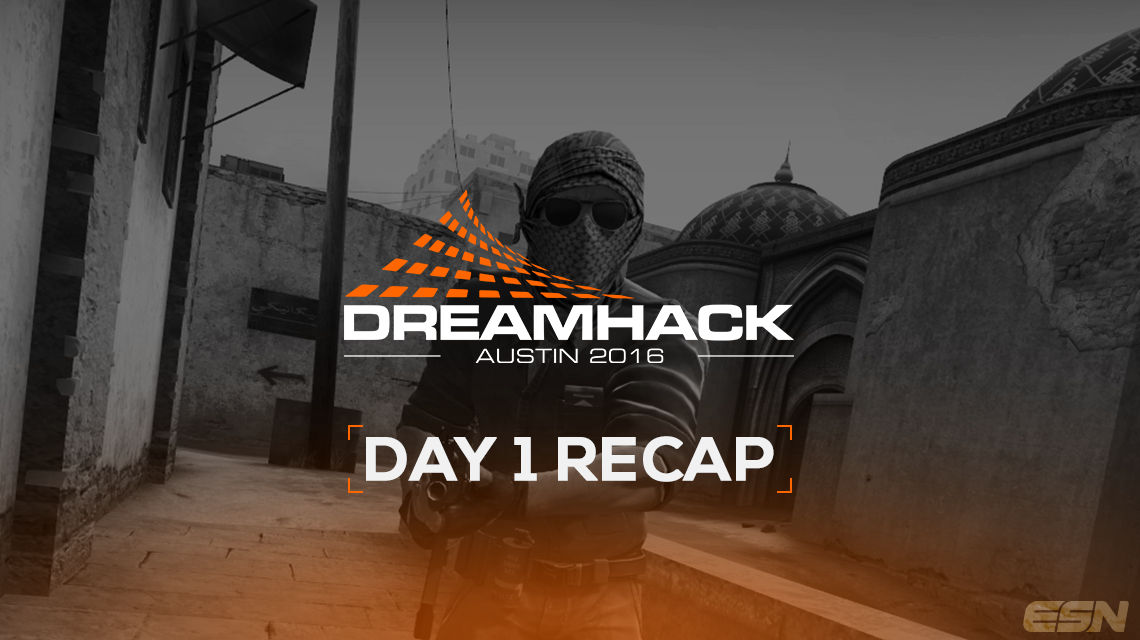 DreamHack Austin, DreamHack’s first North American LAN tournament, kicked off with a bang today. As teams in Groups A and B played within their group, the majority of today’s best-of-one matches ended with blowout scorelines.

The second day of the North American stop on the DreamHack tournament tour will host another set of group matches to allow teams to qualify for the semifinals on Sunday that will lead to the final match later that day.

While the teams continue to compete for the $100,000 grand prize, who do you think will take the title of winners at DreamHack Austin? Let us know in the comments and make to follow us on Twitter, @eSportsNation , for live updates and other esports news.