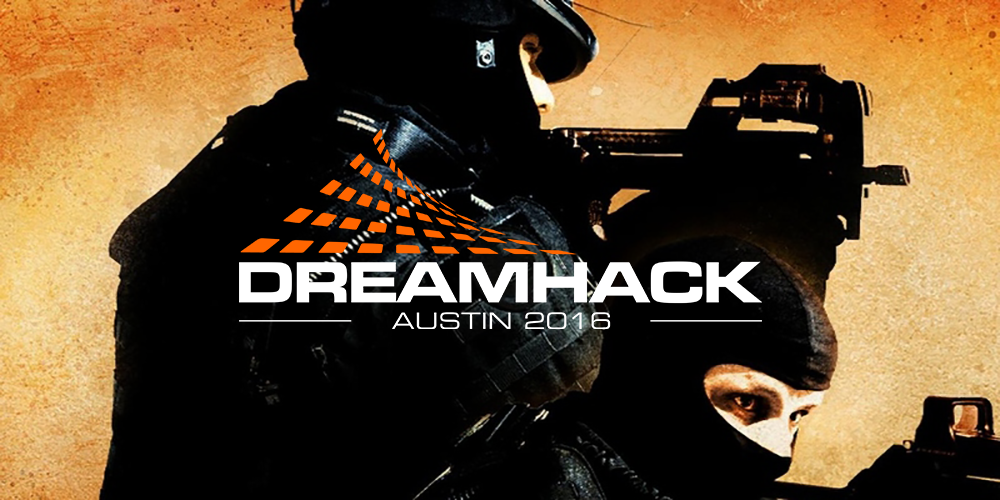 Counter-Strike’s “Battle of the Americas” kicks off at DreamHack Austin tomorrow, with eight of the best North and South American teams competing for their share of $100,000.

Though the recent player movement wasn’t quite on the same scale as the last roster shuffle, the number one team in the region isn’t as clear anymore. Cloud9 introduced a new in-game leader to try and fix their strategical issues, while Team Liquid adjust to life without their former superstar. So who is likely to dominate the competition?

While the debut U.S. event will not see any European teams competing, the eight attending teams are some of the best in the world. This includes: Cloud9, Luminosity Gaming, Tempo Storm, Counter Logic Gaming, Team Liquid, Selfless, NRG eSports, and Splyce.

The field at DreamHack Austin lies in the shadow of Luminosity, the Brazilian side boasts the best international record amongst the participants, however a falter in Malmö could open the door to new challengers. We look at four teams and what it will take for them to bring home the win.

Competition kicks off at 3pm CDT (1pm PDT, 4pm EDT), with all matches on Friday a best-of-one.

Cloud 9—Is Slemmy the answer?

Cloud9 no longer sits atop the throne in North America. Long gone are the days of deep runs at international events, and they could only dream of giving Fnatic a challenge like they did in summer last year. Since then the side has lost their enigmatic leader Sean “seangares” Gares and bold entry fragger Ryan “fREAKAZOiD” Abadir. Change was needed, there’s no doubt about that, the question now is: Did they bring in the right players?

Jake “Stewie2K” Yip, a young rookie with next-to-no tournament experience, took the spot of seasoned veteran seangares. Initially billed as a huge risk, the player has actually started to prove himself as a consistent member of the side. Fears regarding his puggy, or more amateurish, playstyle are being put to rest as he gains more experience. But is he the key to Cloud9’s resurgence as a contender for the number one spot in the region? Many still have doubts.

With the departure of seangares, long-standing Cloud9 member Jordan “n0thing” Gilbert was thrust into the spotlight and handed the role of in-game leader. Despite his best efforts the slump continued and drastic change was needed. Enter little-known Alec “Slemmy” White. The 25-year-old has played for a slew of tier two and three North American sides, and without a major breakout performance to date he certainly doesn’t seem like the caliber of player Cloud9 should be looking for. Brought in as the solution to Cloud9’s strategical issues, he’ll see his first real test at DreamHack Austin.

Assisting Slemmy in strategical duties is coach Andrew “Irukandji” Timmerman. The former Counter-Strike 1.6 player joined up with the team a few weeks ago and briefly took over the role of in-game leader. His role should be made easier with Slemmy on the server. Ideally this addition will allow n0thing to focus on his individual performance and return to form, however it’s not just n0thing that needs to step it up. AWP player Tyler “Skadoodle” Latham was once in the running for best AWPer in the world—now it’d be a stretch to call him the best in North America. Meanwhile Michael “Shroud” Grzesiek is still yet to convert explosive online performances into an offline setting.

At a tournament featuring only North American sides, Luminosity, and Tempo Storm, the Cloud9 of old would accept nothing less than an appearance in the final. In their current state, however, that would require some individual heroics. Meeting both Luminosity and Counter Logic Gaming (CLG) in the group stage could already prove fatal, even with the poor performance from Luminosity at DreamHack Malmö and CLG’s inability to break their mental block internationally.

Team Liquid—A not so S1mple life

Losing your head coach and one of the best players on the planet in the same week is never a good time. Oleksandr “S1mple” Kostyliev has gained a reputation for being difficult to work with, but boy does he get results. Team Liquid’s run at MLG Columbus came partly off the back of S1mple’s explosive style, though other shining performances shouldn’t be ignored either. What could be worrying for fans is the loss of coach James “GBJames” O’Connor, and the possible divide this has created within the team.

It’s not exactly lights out for Liquid, but when you lose a talent like S1mple you have to wonder where things went wrong. Moving forward, the team decided to bring back Eric “adreN” Hoag in S1mple’s place, as well as push forward with the Kenneth “Koosta” Suen AWP experience. The good news for Liquid is that adreN seems to be carrying the form of his life from MLG Columbus. With teammate Spencer “Hiko” Martin taking up duties as in-game leader this could actually be a resurgence for adreN, who received the brunt of criticism from fans and analysts alike last year.

Unfortunately the same cannot be said for Koosta. Though he was an outstanding talent on Enemy Esports where he made his name, it seems Koosta has been subdued in this new, more talented lineup. In a similar fashion to Kenny “kennyS” Schrub at the start of this year, when he doesn’t have to carry for his team to succeed you may not even notice him in some games. Unfortunately for Team Liquid, going against the likes of Josh “JDM” Marzano, Gabriel “Fallen” Toledo, and Skadoodle means their young AWPer will need to step up his game. He’s shown before that he has the ability, but can he unlock his true potential in time to bolster up Team Liquid for DreamHack Austin.

Immediately after MLG Columbus you could have said a Team Liquid versus Luminosity final at DreamHack Austin was inevitable. Both sides looked to be in top form, however Liquid have stumbled, their performance at DreamHack Malmö was off the mark and this DreamHack will serve to determine exactly where the team stands after an incredibly up-and-down few months.

The player to watch on Liquid really is Koosta. You can argue that internal issues could have played a factor at DreamHack Malmö, but now with their final lineup set, it’s time for Koosta to prove that he belongs on a top tier North American side.

Can CLG take the next step?

A new challenger emerges. Luminosity have essentially been uncontested in North America in 2016 thus far, however there could be a crack in the armour after a falter at DreamHack Malmö. Meanwhile Counter Logic Gaming continue to rise after a promising showing at MLG Columbus and Malmö. Thanks to the instability of the current cream of the crop in North America, CLG can probably make their claim as the number one team in the region. This doesn’t mean much though if they can’t keep up with Luminosity, the Brazilian side that made the U.S. their home and proceeded to dominate it.

CLG’s two most recent outings proved that they have the ability to challenge internationally, though they fell short to Team Liquid and Godsent, both of which finished top four in their respective tournaments. It’s time for the team to prove that they are the number one side in the region by taking convincing victories over lower tier sides in the tournament and grabbing themselves a place in the final. Defeating Luminosity Gaming could be a stretch if the Brazilian side is in form, however toppling their North American counterparts is the least CLG should be looking for in Austin this weekend.

Much of the team’s success has been linked with the performance of AWPer JDM, however the effect coach Faruk “Pita” Pita has had on the team can’t be ignored. Though perhaps not on the same scale as Bjorn “Threat” Pers and NiP, Pita has certainly allowed some players on the lineup to unlock more of their potential. Stephen “Cutler” Cutler was formerly the in-game leader for the side, however with Pita taking over the reigns he is free to focus on his own game. Likewise, recent additions and changes within the team seem to have allowed Tarik “Tarik” Celik to once again step up as one of the stars of the team.

The Rise of Selfless

Everybody loves an underdog story, and Selfless is a pretty interesting story. Formerly Enemy Esports, the team was home to Koosta, now the Team Liquid AWP player. Koosta made his name on this team, and was such an outstanding talent that many assumed it was a one man show. When Team Liquid swooped in and bought out their star talent, it looked like it may be the end.

Rising from the ashes of Koosta’s departure came a team that actually isn’t half bad. One could say they have even progressed further from the loss and are starting to make in-roads in North America. As it stands, Selfless are a tier below the likes of CLG, Team Liquid, and Cloud9, however if they continue to post promising results and look to improve it may not be long before they’re consistently challenging these teams, rather than just getting the occasional upset.

Fortunately for Selfless, their group draw doesn’t immediately put them out of the picture for a showing in the playoffs. They will meet NRG Esports, who look strong but aren’t without their faults, a Team Liquid that is still transitioning into a post S1mple world, and an unpredictable Tempo Storm that could sweep the competition or crash out after three games. As an underdog, it really is the dream group for Selfless.

Progressing out of the group stage would be a success for Selfless, though aiming much further would be pushing the realms of reality a little. Meeting Luminosity, CLG, or even Cloud9 in the semi-finals would likely put their run to a halt. As a lineup they have very little offline experience, and DreamHack Austin could function as a learning experience for the side, however their competition will really only improve, so if Selfless really want to make a statement, this is the time to do it.