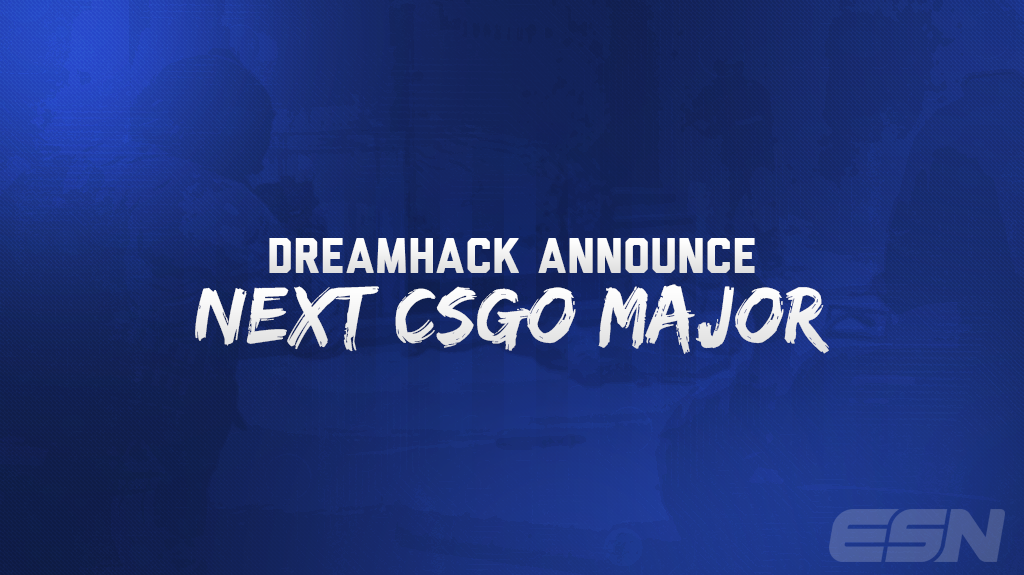 Earlier today, DreamHack announced that they are set to host the next Counter-Strike: Global Offensive major in partnership with PGL and Valve. The DreamHack Open will feature a 5 day tournament, but a four day stage show with 16 of the world’s best competing for a share of $250,000.

This year, DreamHack’s Winter event is to be held in Cluj-Napoca, Romania, from October, 28 to November, 1 in the cutting edge multi-purpose indoor sports arena, Sala Polivalent? with 10,000 seats available for spectators.

“We’re thrilled to bring a CS:GO Major to DreamHack Cluj-Napoca, as we’ll have the chance to create a 4-day stage show in front of the amazing Romanian eSports fans, as well as attract fans worldwide,” said Tomas Lyckedal, DreamHack’s Business Development Director “Together with our partner PGL, we have the possibility to create the most unique media production, and ultimately the most memorable event in CS:GO ever.”

“I am happy that Romania will be the 4th country to host a CS:GO Major, especially since the PGL-DreamHack partnership played such an important part in making it happen”, said Silviu Stroie, CEO of PGL. “DreamHack Cluj-Napoca promises to be one of the most exciting events we have ever worked on”

Eight of the sixteen teams have already secured themselves a spot in the Winter major after their performance at the most recent major, ESL One Cologne, whilst the remaining teams will battle it out in an online qualifier which will eventually lead up to an offline qualifying event in Stockholm, Sweden.

The offline qualifier will take place from September, 22 to September, 26 at two different locations; the Monster Energy DreamHack Studios and the Annexet Stockholm Globe Arenas.

Below you can find a full list of the teams that will feature in the qualifying matches:

Below you can find a full list of the teams that have already qualified for the major in October:

At ESL One Cologne, Valve gave spectators the opportunity to purchase a CS:GO pin as a memento from the world’s largest CS:GO major to date. Will Valve do this again? Let us know in the comments below.