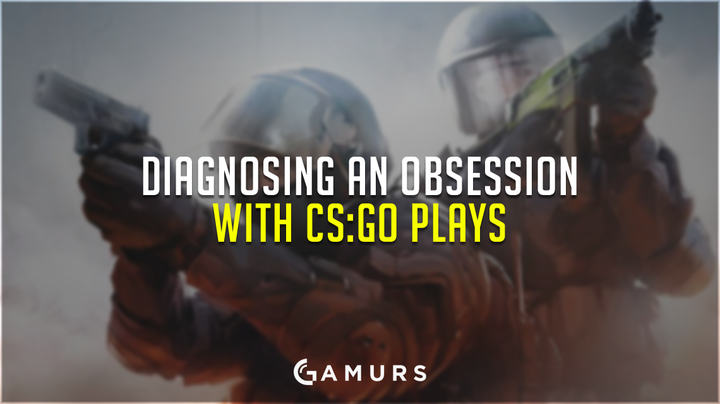 Words can have a profound effect. Reading a sentence that has the perfect, simultaneous mix of descriptive complexity and simplicity in the overarching idea can leave me redefining the paradigms for my models for thinking. Music can do the same thing too. The transcendent beauty of good music soars above the very nature of language itself into a sphere of its own undefinable grandeur. Strangely, for me, watching a player compete at the apex of his form and execute a game-changing play on a dime, is just as affecting as any piece of Beethoven piece or any Orwellian novel. But, why? What separates the good players who post impressive statistics game after game from the legendary ones who can condense the entire span of their career into one ephemeral moment of glory.

The answer lies within the way we – as fans – perceive these players and their moments in contrast to our own lives.

When I was watching MLG Columbus earlier this year, it was really late, or really early depending on how you look at it. 3 a.m Brisbane time; the semi-final match between the Brazilian powerhouse Luminosity and the North American hopeful Team Liquid. The comforting, warm tendrils of sleep subtly called my mind into their welcoming grasp and considering how the match was 15-9 infavor of Liquid, one round away from victory, I was inclined to welcome the call of rest. Just one more round I thought, I want to see how the North Americans will close this out. Then out of nowhere David “Coldzera” Marcelo rocked my world. Defying the very mechanics of the game, he pulled off a jumping AWP 4K that proved to be the staging point for Luminosity’s comeback into the game. The once enticing thought of sleep quickly retreated back into its chthonian resting place as the impact of Coldzera’s play resonated in my head like a perpetuated explosion of wonder.  The fact he changed the way I thought from “how will they close out this game” to “can they even close out this game,” is the hallmark of a perfect play.

It’s moments like those that make me adore CS:GO as a game and the idea of individuality as a whole. The reason why they leave such an impact lies in the subconscious implication by the plays themselves. Bear with me here:

Seeing ostentatious displays of mechanical skill is on the surface an aesthetically pleasing rhythm of hand-eye coordination. When you’re watching someone like ScreaM or s1mple’s highlight clips, you know that it’s a product of countless hours of grinding away at the minutia of aiming. Something that 99% of people can’t do. Same thing goes for plays that flaunt emotional and mental strength. Like the famous clip of JW pushing through fire at ESL Dubai 2015. This can only be achieved with total, unassailable, faith within your own team, and yourself to make that shot. Again, something that 99% of people, playing against their historical kryptonite and main rival, for $250,000, on LAN, could not do.

It is the insanely out-of-reach work ethic, commitment and, at times, natural ability that makes these moments of unrivalled glory so enticing. They mirror our own ghastly shadow of what we want to be and who we aren’t. The underlying subtext in the qualities that are required to make these plays happen are something that everyone strives for, but few achieve. Everyone wants to be successful in their field, yet few are. Everyone wants to wake up at 5 a.m to workout, yet the snooze button’s satisfying click is a sound that quenches a languid thirst. By the same notion, everyone that plays CS:GO wants to be able to have that same level of aim and confidence, yet only a handful are prepared to sit in their chair for hours at a time, flicking until their minds are numb with precise muscle memory. Even fewer are willing to spend the same amount of time in their own head, actively modeling their own shortcomings and synthesising routes to escape those models to become better.

Everyone wants to wake up at 5AM to workout, yet the snooze button’s satisfying click is a sound that quenches a languid thirst.

The great players are great for a reason. There is no sense of a legendary player who somehow serially failed upward to success. They stand head and shoulders above the rest of us in-game because of a different level of skill that the vast majority of people aren’t willing to even swork out for. This skill shines through in the individual moments of manifested splendour in a video game.

This is, in essence, why I care so much about the big moments of a tournament, and hopefully gives food for thought about why you care/don’t care about them as well.

@max_melit is the Coldzera Jumping 4K equivalent of Twitter accounts.

My article index can be viewed on my unprofessional, but far too convenient to change Steam account here.