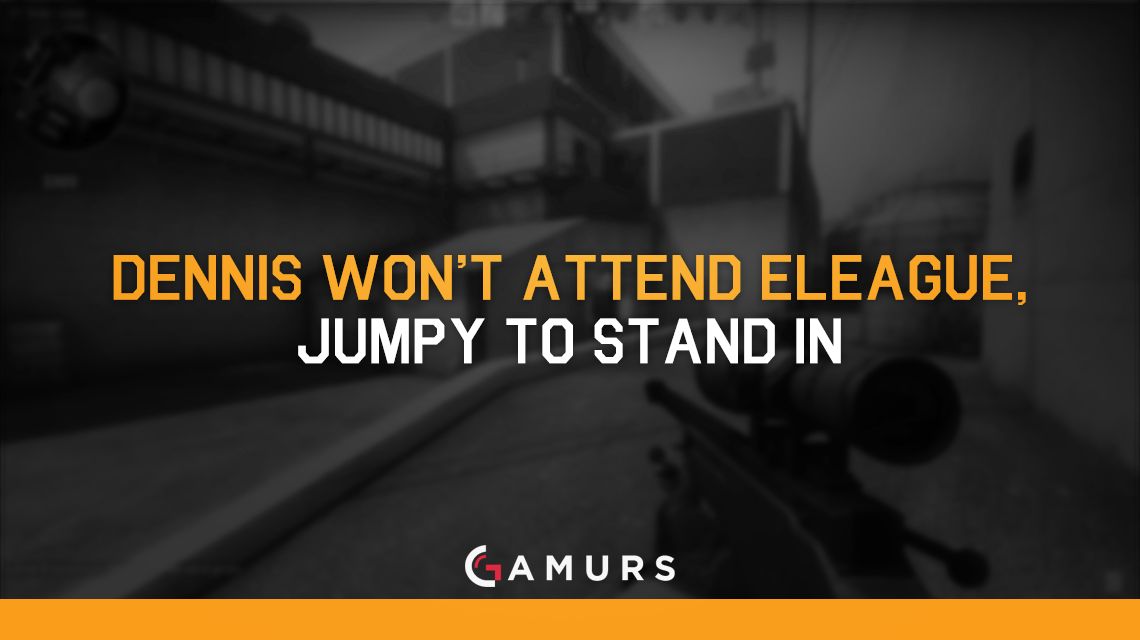 Due to some personal issues, Dennis “Dennis” Edman will not be able to attend ELEAGUE. Jimmy “Jumpy” Berndtsson, a former 1.6 player and current coach of Fnatic, will be the man to fill his shoes in Group D of EL.

This means that along with the two “new” players on the lineup, Freddy “KRIMZ” Johansso (not so new) and Joakim “disco doplan” Gidetun, Fnatic will be going in with a rather shaky roster.

However, ex-head coach and now a member of the Fnatic managerial team, Viktor “vuggo” Jendeby, stated that, “after some discussion, we came to the conclusion that Jumpy would be the best fit; with relatively short time we value his leadership and tactical mind above any 30-dropping talent out there as we truly have enough firepower already.”

How do you think Fnatic will stand up against the likes of Dignitas, Team EnVyUs, and OpTic Gaming in their EL group? Let us know in the comments below and for more updates on Counter Strike news, make sure you are following us on Twitter @GAMURScom.