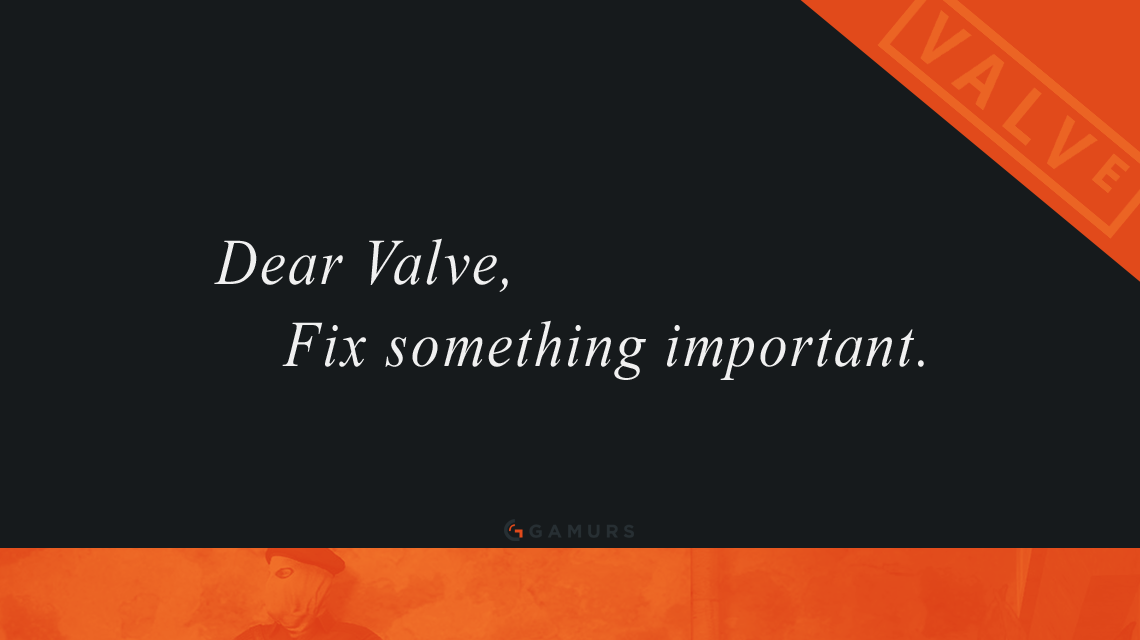 Valve has rolled out a bunch of “fixes” recently, changing the sounds of the guns, as well as the way the AK47, M4A1-S and M4A4 act while “spraying,” “tapping” and “bursting.” However, all these are almost meaningless to the esports scene.

If you were not aware, a wave of sounds changes have been made to the shotguns, grenades, submachine guns and pistols over the last month or so and some of them, in my opinion, were just unneeded.

I cannot think of a time while playing with friends or talking to people on the internet where someone said: “Man, I wish the Tec 9 sounded like a cap gun.” The molotov also got a small sound que added when you light your lighter, which can be heard by the opposing team but nothing drastic.

I am sure this is an attempt to make things a little more realistic and fresh, and this leads into my next point, about another change I mentioned about the update to the three main rifles used by players: the AK47, M4A4 and M4A1-S. In case you missed the patch notes, I will give you a quick recap of what was said:

After the previous attempt to play with “accuracy recovery rate” (The amount of time taken for your rifle to no longer be affected by recoil), Valve has played around with the codes and now: “shorter firing sequences can be designed to recover accuracy faster than longer ones, and the recovery rate for tapping/bursting/spraying can be tuned independently.”

Valve said in their statement that: “individual bullets can be fired more quickly without sacrificing accuracy, and accuracy recovers more rapidly after short firing sequences. Spraying is still advantageous in many engagements, but has the trade-offs of slightly worse accuracy towards the end of the spray and slightly slower recovery afterward.”

These graphs were also included in the post, showing off the changes to the accuracy of the AK47:

Images have been taken from here.

For a game that is very tactical, with it’s smoke timings and niche angles, spraying is a problem, kinda. However, from my experience from playing with this new update, those super sick one taps that felt awesome to get before, happen a lot easier. I no longer find myself telling my friends to “Call me Scream.”

Like I said for the sound updates, this could be an attempt to make things more realistic, however, if this is true, how come these highly trained Counter-Terrorists have terrible hearing. Yes, I am talking about the huge problem that is often overlooked: directional sound.

This topic is more important now with the addition of Nuke into the active pool. If anyone has ever played the map, you will know that if you are hearing footsteps, they could either be right behind you or directly above you. It just does not make sense.

Considering that Nuke is the least played map in the current map pool, you would think that Valve would fix one of the game’s longest standing bugs, to make their new Nuke more playable. Failing that Valve, I do not think many would be upset if you brought back Inferno.

Now I am no expert, but if you, Valve, are able to make all these fixes to the sounds of the weaponry, how come you are unable to fix the directional sound? It is still a problem for the professional players, even with their top of the line gaming headsets. So do everyone a favour and fix something important.

I personally think that directional sound is a small but prominent problem, especially on the new map Nuke. However, I am open to discussion on this topic so feel free to comment below or send me a Tweet, @GAMURS_tnm.