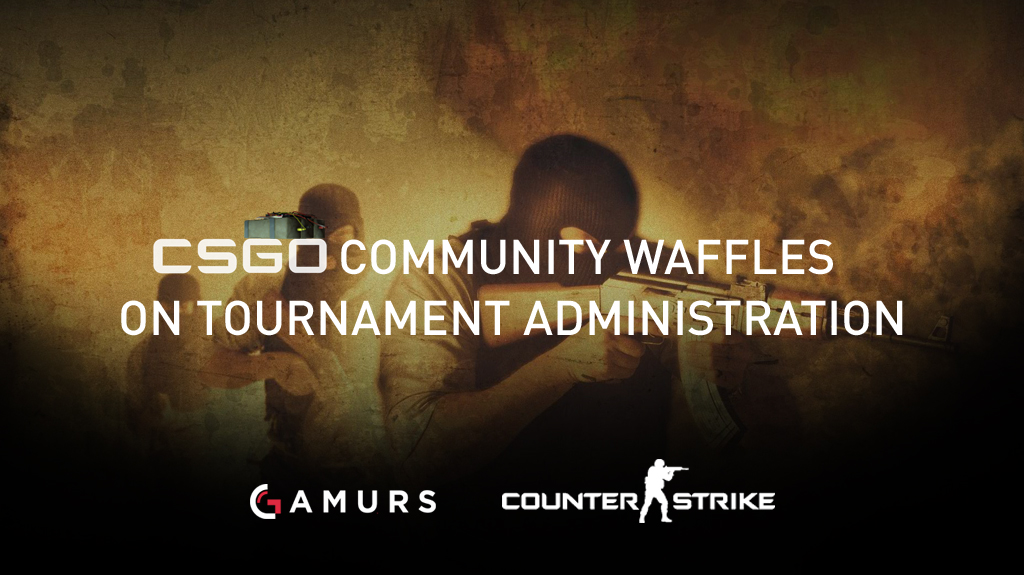 Should tournament rulesets be immutable and insulated from outside influences or should administrators be flexible to shifting circumstances outside of more dogmatic rubrics?

Regardless of your personal outlook, it seems clear that last night’s heated administrational controversy concerning the disqualification of NWNL highlights the inconsistency in the collective consciousness of the Counter-Strike: Global Offensive community.

In the third North American open qualifier to attend the proceeding North American closed qualifier, which ultimately determines the participants in the second season of Turner’s ELEAGUE, Winterfox played NWNL in the second round, where NWNL would come out victorious. Following the vast disruption of a highly dubious clip, it became widely believed that NWNL, or the more irreverent “No waifu no laifu,” was cheating during the competition.

Following the match, Winterfox requested point of view demos from NWNL to be sent to Faceit admins and took to social media to contest the result. Members of NWNL either could not or would not send Faceit admins their demos, leading to their disqualification, but that disqualification did not reverse the result of the match which eliminated Winterfox from the open qualifier.

A growing unrest on social media could not be quelled with the disqualification of NWNL alone, as many believed Winterfox should be allowed to advance in NWNL’s stead or that a playoff for the spot should be held between Winterfox and team subtLe, who were also defeated by NWNL in the first round of the tournament. But Faceit initially stated that the spot would simply be forfeit per their own rulesets. This specific rule and Faceit’s dedication to uphold it, led to sustained outrage on social media, which was, of course, further fueled by the tweets and comments of Winterfox players and management.

A Reddit post misleadingly and ungrammatically titled, “Winterfox gets Disqualified after vsing Cheaters,” which would quickly reach the front page of the CS:GO subreddit, best demonstrates this antagonism. In reply to a copy/paste of Faceit’s initial comments on the matter, a comment responds, “Absolutely ridiculous,” which earned 360 plus “points,” which are based on the cumulative sum of upvotes and downvotes. A further reply, “what a bunch of horseshit,” earned 80 points. “Faceit is an absolute joke lol,” received 30 points, and my personal favorite, “[The staff] are the kind of people who will stop at red lights when there’s an apocalypse scenario going around them…” received almost 90 points.

From my understanding, Faceit’s ruleset disqualifies teams if point of view demos are not provided upon request, but does not automatically advance the opposing teams if those demos are not provided. The rule alters incentives. If every time a team is defeated in one of Faceit’s smaller more frequent cups, they could always request demos on the off chance that a member of the opposing team did not record or could not provide his demo. Not only would these requests unfairly advance teams on occasion, but the flood of contested demos would tax or overload Faceit’s team of reviewers, which may lead to more actually fraudulent demos to pass review. If the losing team is eliminated only if the other team is said to be cheating, not if the other team simply does not provide the demos, then that lessens the incentive for dishonest demo requests.

The validity of this rule can obviously be debated, and Faceit would ultimately decide to hold the subtLe vs. Winterfox match after reviewing the available demos, but the hostility towards the Faceit staff following their initial statement was surprising. At first, they seemed to be steadfastly sticking to the letter of the law established in their own ruleset, which is exactly what many commentators and community figures called for following the recent Northern Arena fiasco, an event that occurred just eight days earlier.

Northern Arena-Toronto had a plethora of problems, the most severe of which occurred in the finals of the tournament on the final map of the best-of-three. After playing two rounds, someone noticed that the Brazilian Immortals player Henrique “HEN1” Teles was not wearing his noise cancelling headphones during the opening rounds, a controversy that led to a lengthy pause. The official Northern Arena ruleset states in section 3.1.2 that all players must “Wear noise-cancelling headphones provided by Northern Arena.”

But the punishment for this violation was not clearly established. Section 6.1 states that the “Regulations Committee” can effect a “verbal warning,” “game loss,” “match loss,” or a “disqualification” without establishing what punishments should be doled in response to specific violations, only adding that the “Regulations Committee may apply additional sanctions such as banishment of future Northern Arena events and league, removal of all cash price [sic] and award, or legal proceedings.”

After the game was paused, the specific punishment was apparently left open for interpretation. The newest addition to Immortals and their in-game leader Wilton “zews” Prado, argued that there shouldn’t be any punishment as HEN1 does not speak English and that the headphones rule was frequently broken throughout the course of the tournament. As arguments escalated, he allegedly threatened to forfeit, and thereby ruin the final, if the match was reset. In addition, remarks by Gabriel “FalleN” Toledo, the leader and face of the world-leading SK team, and others on social media put pressure on the admins to not reset the map. Worse still, the venue’s forced closing time demanded more immediate action.

Perhaps due to these pressures, Northern Arena ultimately chose to continue the match without replaying the first two rounds, a decision that would prove to be highly controversial in the aftermath of the affair.

In the wake of the Northern Arena debacle, Richard Lewis released a video which covered the events of the ordeal and detailed his own opinions on the matter. Towards the end of the video, he advised admins to take a firmer hand. “What you have to think about is your responsibility to the tournament organizer, which is that rules are going to flow through you and they are going to be evenly applied regardless of what pressure you’re under or who’s playing,” Lewis said. “You have to be absolutely strict.”

While there are always dissidents, his comment seemed to accurately echo the prevalent response of the English-speaking CS:GO community. Not only should rules have been more specific, but the Northern Arena staff should have acted more robustly in accordance with their ruleset. The rules have to be enforced by “strong” admins.

But last night added a caveat to that consensus. “The rules have to be enforced by strong admins,” unless the community disagrees with the outcome. Then, the rules should be changed and the admins should listen to shouts and murmurs of the comment section, obviously.

The ultimate decision making body of the federal justice system in the United States is the Supreme Court which is headed by nine Supreme Court justices.  While these ultimate legal arbiters are often defined by their political alignment, whether that be Democrat or Republican,  they are perhaps better identified as a broader ideology of human responsibility. Justices are often pigeonholed into two opposing groups: strict constructionists and judicial activists. Constructionists try to act purely on the written law, while judicial decision making of the activists is instead based on personal policy beliefs.

Both arguments, if taken to their most extreme ends, have obvious flaws. If constitutional law is applied strictly or unequivocally unforeseen, societal or technological issues could be badly administered. On the other hand, personal belief is subject to the biases of each individual, which can be especially dicey in political rulings, such as Bush v. Gore (2000).

This root ideological conflict is also at the center of these administrational episodes in CS:GO. If tournament organizers follow their pre-established ruleset very strictly, bizarre or unforeseen happenings could be poorly handled without the proper nuance. Alternatively, less defined measures with more trust placed on the in-the-moment decision making of admins creates  highly susceptible outside pressure, usually in the form of pro players and their bully pulpit: social media.

There are no hard and fast rules. All human endeavors, whether they are done communally in the past or individually in the moment, will always be subject to the flawed inequities and irrationalities of the human mind. But, what’s preposterous is that the consensus in the community seems willing to adopt to the talking points of either position at alternative instances, little more than a week apart. “A foolish consistency is the hobgoblin of little minds,” sure, but there’s a difference between restrictively stubborn outlooks and schizophrenia.

How can tournament organizers and their administrators be expected to act in accordance with underlying communal expectations when there is not a shed of coherency in the public discourse?

What do you think about these recent developments? Let us know by commenting below or tweeting us @GAMURScom.