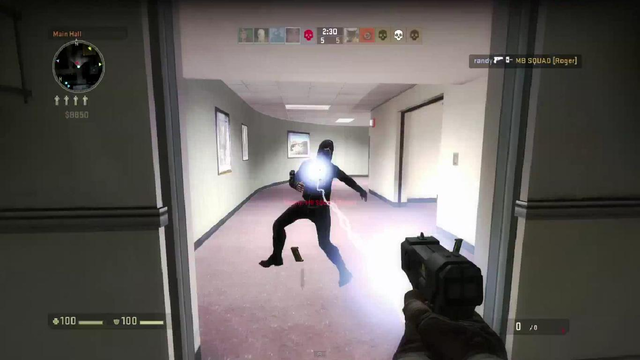 A shocking Counter-Strike: Global Offensive bug has come into the spotlight, and apparently you can taser players through walls.

The $200 Zeus X27 typically functions through two electrodes that stick to a player model to kill them if they’re close enough, but in this instance, the opposite is true. It breaks the laws of game physics by penetrating through any type of material wall. Stone, wood, and metal are among the many surfaces that the Zeus can “ghost” through.

To perform the “wallbang” kill, players must stand about less than 100 units from the intended wall and fire the Zeus. An unsuspecting victim is then zapped into spectator mode, since the Zeus is close enough to drop player health to zero. The exploit can only be done if the victim is hugging an adjacent wall, meaning that it’s fairly easy to perform and reproduce.

The bug can also be executed through extremely thick walls up to 26 units wide. The AK-47 rifle, by comparison, cannot deal damage through that thick of a wall.

This issue only affects gameplay in the instance that a user knows where the enemy is. It’s unconventional for players to use a Zeus in the first place, but it’s possible that cheaters and Zeus trolls with a wallhack could take advantage of this.

Although it isn’t a major gameplay problem in CS:GO, this hilarious exploit should be fixed to be in line with the game’s physics.