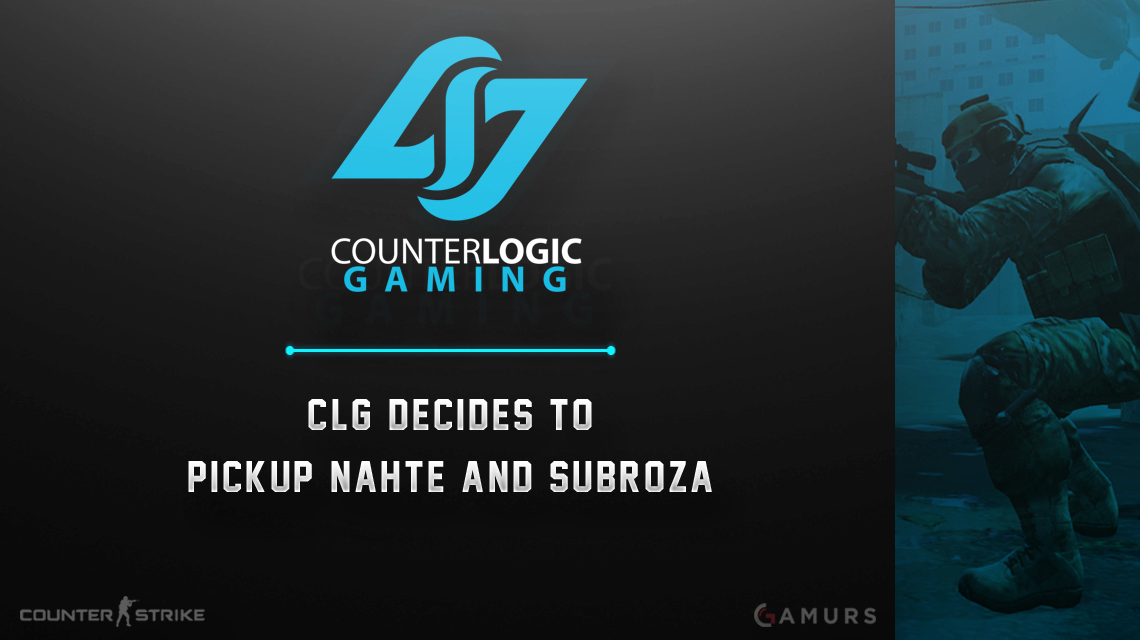 Over the past two weeks, CounterLogic Gaming has been hosting tryouts to find replacements forTarik “tarik” Celik and Jacob “FugLy”Medina. Today, Counter Logic Gaming announced on their site that they have decided ontheir two new players: Ethan “nahtE” Arnold and Yassine“Subroza” Taoufik.

Counter Logic Gaming iscontinuing their trend of having younger players in theCounter-Strike: Global Offensive scene; an example isKenneth “koosta” Suen, who is only 20. Their two newestmembers are on the young side compared to other players, andCounter Logic Gaming is totally fine about that. We know they aretotally fine about this due to what they said in theirannouncement, “In the end, the CS:GO team and staff decidedthat developing young and up-and-coming talent was the best optionfor the team’s future.”

Counter Logic Gaming has not hadthe best run so far in 2016, having their best placing be a fourthplace finish in the Global eSports Cup Season 1. Counter LogicGaming doesn’t fully believe they will have the best startwith this new roster, as they pointed out in theirannouncement, “It will take time for the team to come intoform, but we are confident that we will be able to compete at a toplevel as nahtE and Subroza develop under the guidance of ourveteran players and support staff.”

Do you believe in this new roster? If you do, what are someteams you believe they can take down? Let us know in thecomments and make sure to follow us on Twitter, @GAMURScom, forlive coverage and other esports content.