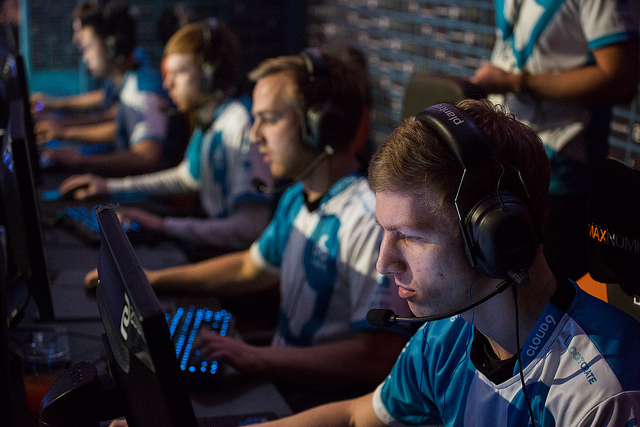 Opportunity of a Lifetime

“To be honest Slemmy wasn’t our first option.” – n0thing, player for Cloud 9

On November 24th 2015, the Cloud 9 roster looked in tatters. Sean “sgares” gares left the team after months of leading the try and trying to keep the team internationally competitive.

By May 27th, after 2 roster changes Cloud 9 got their biggest results since sgares departure as they reach second place in Group A of E-League and nearly beat Luminosity for the top spot. Many are now hyping the roster additions of Jake “Stewie2k” Yip and Alec “Slemmy” White as genius roster moves that saved the Cloud 9 CS:GO team.

But that isn’t the full truth. Both roster moves did save the Cloud 9 roster, but it is hard to say eithe was planned or expected.  Before sgares left, Cloud 9 had done everything to try to keep him on as either a player or a coach. He refused. Jordan “n0thing” Gilbert later revealed they had approached numerous players such as: Christopher “GeT_RiGhT” Alesund, Jacob “FugLy” Medina, Fatih “gob b” Dayik, Tarik “tarik” Celik,Markus “pronax” Wallsten and every other established NA pro had too large a buy out. (Sourced here: https://www.reddit.com/r/GlobalOffensive/comments/428pn7/n0thing_explains_stewie2k_pick_up_in_detail/)

This was not some master mind move where a coach goes looking into the crowd and picks out the one player he knows will be a star. This isn’t like when Lim “BoxeR” Yo Hwan picked out Choi “iloveoov” Yun Sung,  Mun “MMA” Seong Won and Park “DongRaeGu” Soo Ho when they were relative no names in the scene who would all later became superstars in BW or SC2. This was a circumstance of chance. Cloud 9 had failed to get every player or leader they had their eye on and while they say they have confidence in Stewie2k, no one has come forward and said he was there clear go to first pick.

There was one initial problem with Stewie2k and it was that he shared roles with Ryan “fREAKAZOiD” Abadir and had terrible initial synergy with the team. He was over aggressive and prone to dying and getting picked off and leaving little impact. It was only exacerbated as n0thing had taken over the in game leader role and was unable to become a good leader and his individual performance suffered tremendously. The team tried to bring in coach Andrew “Irukandji” Timmerman to solve their issues, but the real big move that changed everything was fREAKAZOiD leaving Cloud 9 of his own volition.

This forced Cloud 9 to pick a new player and this time they didn’t fall into the trap of thinking n0thing could lead which led them to picking up another fragger. Cloud 9 initially tried out Eric “adreN” Hoag as a possible fit, but Stewie said Slemmy should be given a shot. As the two of them had been teammates before, he respected Slemmy for his in game leading and eventually Cloud 9 went with Slemmy.

This is the key aspect a lot of people are missing. Cloud 9 made the best under a bad situation, but neither Stewie2k or Slemmy were the first picks the org wanted to make. If sgares doesn’t leave and every other pro player didn’t reject Cloud 9’s offer, Stewie2k would never be picked up. If fREAKAZOiD didn’t leave of his own volition, then Slemmy wouldn’t have joined.

Even the order of the roster change was wrong. When sgares left, Cloud 9 needed an in game leader, not another fragger. From an outside perspective, it seems the logical choice would have been to get an in game leader rather than another entry fragger who has the same role as fREAKAZOiD.

Did it end up working out for Cloud 9? Absolutely. Did the Cloud 9 org believe in both Slemmy and Stewie2k? There must have been confidence in both or why pick them up at all. Were both players their first choice? From what information is out there, it doesn’t seem likely. N0thing listed a bunch of players they tried to get first and straight out said Slemmy wasn’t their first choice. Yet for Stewie2k and Slemmy, the fact that they weren’t the first choices didn’t matter. All that mattered was that they got their chance and seized it.

The second Stewie2k and Slemmy got onto Cloud 9, both hit the ground running. Both players had spent an year floundering around in lower to mid tier NA teams, but this was the big chance. This was the big moment where everything could pay off if they performed. In just 2 LANs, both have proven invaluable to the team and it looks like neither could have done it without the other.

While Stewie2k was slowly improving under the Cloud 9 roster, there were 2 moments that unlocked his potential and made him a star level player. The first was fREAKAZOiD’s departure as it let him play the entry role and Cloud 9 gave him more space to play make. The second was Stewie2k recommending Slemmy to Cloud 9 as the in game leader. The two have been played together on various rosters from 5-2-2015 to 12-24-2015 from SapphireKelownaDotCom to Followesports to Splyce. Slemmy has been Stewie’s in game leader for the majority of his pro playing career which lends me to believe that Slemmy knows how to utilize Stewie2k’s play style the best.

Another windfall from this roster move was that it freed up n0thing to just focus on his individual role again. This has greatly helped the team as they now have 4 skilled players and a structure to use it.

This current Cloud 9 roster is improving very quickly. They have only been to two Lans since the roster has come together: DreamHack Austin and ELeague. At DreamHack Austin they had multiple problems. When they played LG and CLG they didn’t get a single T side round. On average Slemmy’s individual performance was dragging the team as he’d average 2 impact rounds a series. While their CT sides were still strong, their T sides were still very weak.In 42 gun rounds at DreamHack Austin, Cloud 9 had a record of 14-28. One win every 3 rounds. It gets even worse when you look at how they were winning a majority of those T rounds which were heroic individual plays from one of their star players, mostly from Tyler “Skadoodle” Latham, Shroud and Stewie2k.

Here we are only three weeks later and Cloud 9 have already started to fix a lot of problems on their T side. While the team still needs individual plays, there is a better structure for it and better teamplay off of each other. Where before they weren’t winning a single T round on Mirage, they have now beaten LG on it with 7 T rounds to close the game. They nearly beat LG on Cobble and could have closed the series out 2-0 instead of losing 1-2. Even in the meaningful games against both Liquid and Renegades, Cloud 9 looked dominant.

Everything is looking up for Cloud 9 now and the pick ups of Stewie2k and Slemmy are central to that success. For this time to rise to the next level, the only question is consistent firepower. Shroud has been their main star and has outputted the most consistent work. But in this LG series he went completely missing. Stewie2k has put up good performances and sometimes star performances, but he only came alive on the 1st and 3rd maps. N0thing was the superstar for C9 on the first map, but was nowhere to be seen in second and third. Skadoodle nearly hard carried C9 to victory on cobble, but the only player who was backing him up in frags for most of that game was Slemmy. Beyond that Slemmy himself despite giving a huge impact in leadership may still be below the threshold of how much an in game leader should be doing in the server when it comes to international competition.

Yet despite those flaws, Cloud 9 hasn’t seen this strength from its CS:GO squad in a long time. Even just a week ago, I’d have written Cloud 9’s chances of getting through the last elimination bracket, but now I think there is an upset chance to be one of the 2 teams to make it to the playoffs. At the beginning of 2016, there seemed to be no hope. Shroud, Skadoodle and n0thing are all great players with skill, but it needed that extra bit of aggression and leadership to make the team viable on a world stage. Neither Stewie2k or Slemmy were the first options for Cloud 9, yet they’ve given what Cloud 9 needed, a playmaker and a leader. They have given Cloud 9 hope was there was none before. Have been integral in making Cloud 9 NA’s best CS:GO team. And are giving Cloud 9 a chance to once again compete globally. A remarkable feat for two players that weren’t on anyone’s radars months ago.