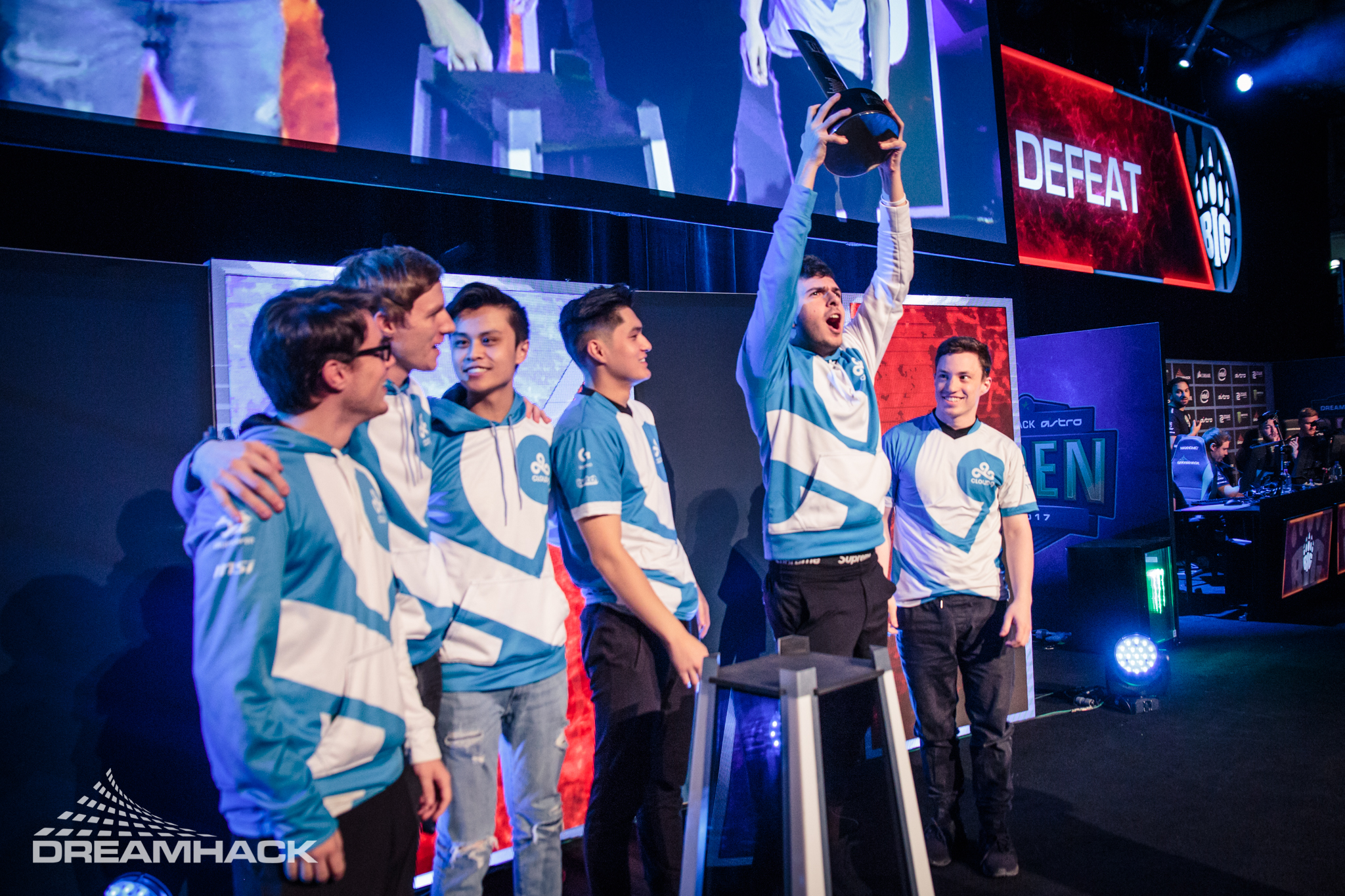 A brief weekend of CS:GO competition at DreamHack Denver concluded with North American favorite Cloud9 on top of the eight-team tournament.

Cloud9 won their first tournament of the year at DreamHack Denver earlier today, earning $50,000 in the process. They only dropped a single map in the three-day event, which happened during their semifinal match against Mousesports.

To start their weekend on home soil in Denver, Colorado, the North American favorite dominated group play against Tempo Storm and Renegades. Cloud9 beat Tempo Storm 16-4 on Inferno and Renegades 16-1 on Train. Jake “Stewie2k” Yip topped the server in both matches, attaining 27 kills and a 141.7 average damage per round against Tempo Storm. He later earned an impressive 24-3 kill-death ratio and 122 ADR stat against Renegades.

C9 had the day off yesterday since they avoided playing in the elimination and decider matches. They punched their ticket to the playoffs after going 2-0 in group play, and they went on to play Mouseports in the semifinals.

The North Americans’ match against Mouz was their most contested match all weekend. C9 won map one Cobblestone thanks to a fantastic second half Counter-Terrorist comeback. Mouz, however, didn’t want to go out without a fight, taking Mirage against the defensively struggling C9 side. Overpass, the match decider, was an intense fight from both teams, as it went to double overtime. C9 emerged victorious in the semifinal with a 22-18 scoreline after a Counter-Terrorist sweep in the last overtime half. Three of their stars dropped 30 kills against Mouz—Stewie2k, Tarik Celik, and Tyler “Skadoodle” Latham.

The grand finals of DreamHack Denver between C9 and BIG was close, except it wasn’t as close as the C9-Mouz semifinal match. BIG put up a decent fight against C9 on Cache, but several site stacks from the Tarik-led squad put them ahead late in the game at 16-13. Train, on the other hand, was an absolute slaughter of BIG, as C9 only gave up three rounds per half in their 2-0 finale sweep of the Germans.

With DreamHack Denver being Cloud9’s first title win of the year, it’s clear that Cloud9 are top competitors at the international level once again. They’ll be moving up HLTV’s world rankings in the coming days. Although other top contenders weren’t in attendance, this event was their first taste of success under the leadership of Tarik.