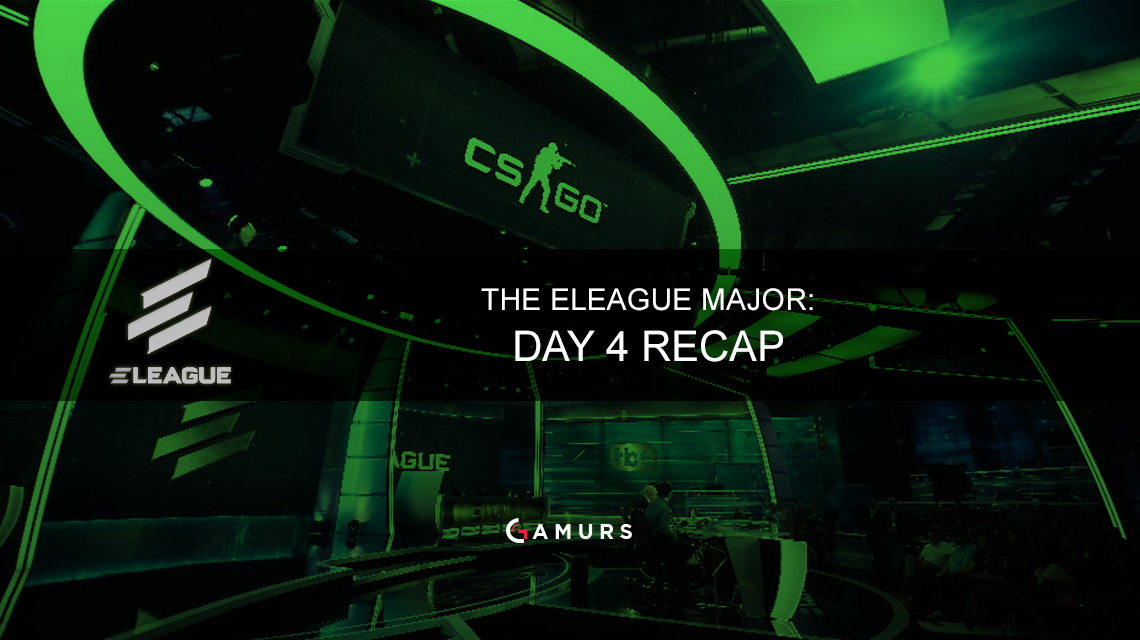 The last day of Swiss matches at the ELEAGUE Major have concluded. In today’s action, six more teams solidified their Legend status for the next major and six more teams were eliminated from the Atlanta-hosted event. The stage is set for the playoffs and all championship action will take place in the Fox Theatre starting Friday. Here is a rundown of today’s matches.

Teams advancing to the playoffs with Legend status

Teams eliminated from The Major

Highlight of the Day:

What did you think of today’s matches at the ELEAGUE Major? Tell us your thoughts below or with a tweet @GAMURScom.