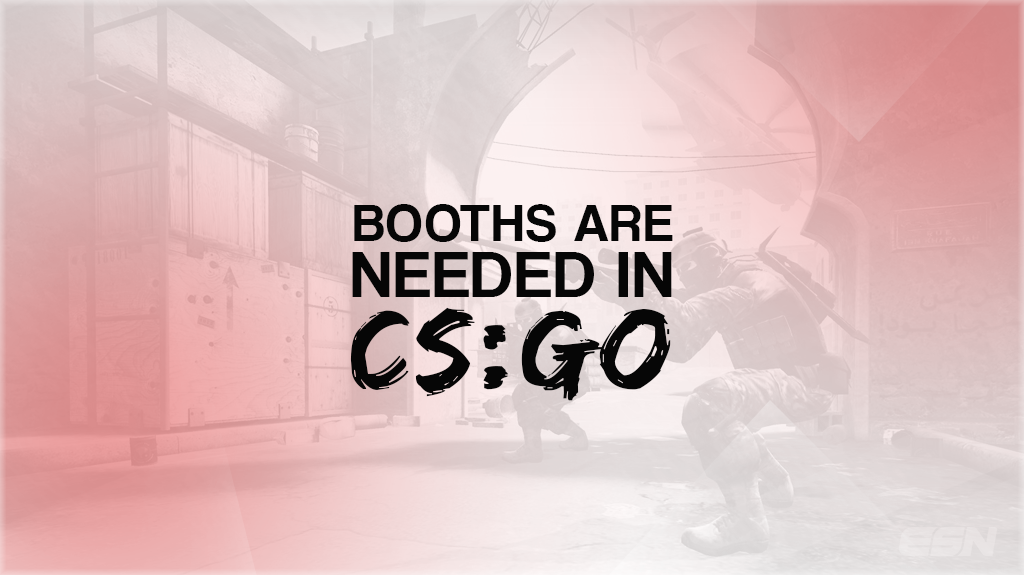 At the ESL ESEA Pro League Dubai Invitational for Counter-Strike: Global Offensive , there was discussion about the need for soundproof booths and better setups for the professional players. The Electronic Sports League said that they won’t have booths due to how bulky, expensive and difficult they are to set up. On the other hand, smaller companies such as Major League Gaming and Gfinity both use them. What should be done? Pro gaming has occupied my mind for a couple of years. Not only did I think about the game but the much publicised players as well. I was also thinking about how players play on stage, how it could be improved and such. I was quite surprised by the booths used in StarCraft II: Wings of Liberty tournaments. I had seen soundproof booths in Call of Duty and Gfinity’s Counter-Strike tournaments, but in StarCraft II  it seemed as if the tournament organizers cared a great deal for the players and competition. This is because the players can use whatever hearing equipment they want, which is a major advantage.

I saw Riot Games force players to use certain hearing equipment, much like CS:GO today, and I thought that the setup was potentially cumbersome for players. Gamers know that it can be difficult to use other peripherals, and some pros have blamed losses on using another keyboard, mouse and controller that they are not used to. Say that is an excuse all you want, it is fact. As I said earlier, pros use all kinds of hearing equipment, and if they prefer earbuds, they should use them. They provide similar sound and with some brands have the same power, are smaller and are owned by everyone. If the differences between headphones and earbuds are minimal, companies would save money and would be able to buy a high quality microphone and not the ones that come built in with earbuds. Professionals who are forced to use the earbuds for in-game sounds and headphones with white noise default to a headset at home or at events like Gfinity. The organizers should make the tournaments comfortable for the competitors. Noise cancelling headphones do not block enough noise for events in Counter Strike. At halftime in the Kinguin – TSM Dust 2 game, commentator and analyst HenryG said that he could not mention the economic standpoints of the teams nor their positions and apologized because this took away from his casting ability and was not able to deliver his usual and best style. For a venue as big as the LANXESS Arena, an extra form of noise cancelling is needed. Since earbuds and headphones are being used already, booths are a necessity. The current level of noise cancellation is not even needed knowing how many good sound proofed booths exist today.

I see no reason why ESL should not have booths. Maybe there will be a few problems, like hearing casters, but that could be due to improper installations and/or faulty materials. Despite not my personal preference, earbuds, a headset and a booth can be used too. We need the best from what is the best tournament. A bit of noise from a caster is okay but knowing B bombsite is open is not. Especially considering this is very high play in a major, it is so annoying that the third biggest eSport is not getting funded properly. A few weeks ago, it was brought up that Counter Strike 1.6 had roughly 50 tournaments in the prime of that game around 2006, while CSGO has had 100 more already. The sad part is 1.6 had similar prize pools, yet companies are not investing in this game like they did in previous versions. There is little risk if you fund in the right area. Counter-Strike is growing at a very impressive rate, even becoming the third biggest eSport only behind League of Legends and DOTA 2. Sadly, the scene could be hurt if soundproof booths continue to not be used, but there are plenty of opportunities to prevent this from happening.

What are your thoughts on the implementation of sound proof booths in CS:GO? Let us know in the comments. Follow @ESNCS for more information on CS eSports.