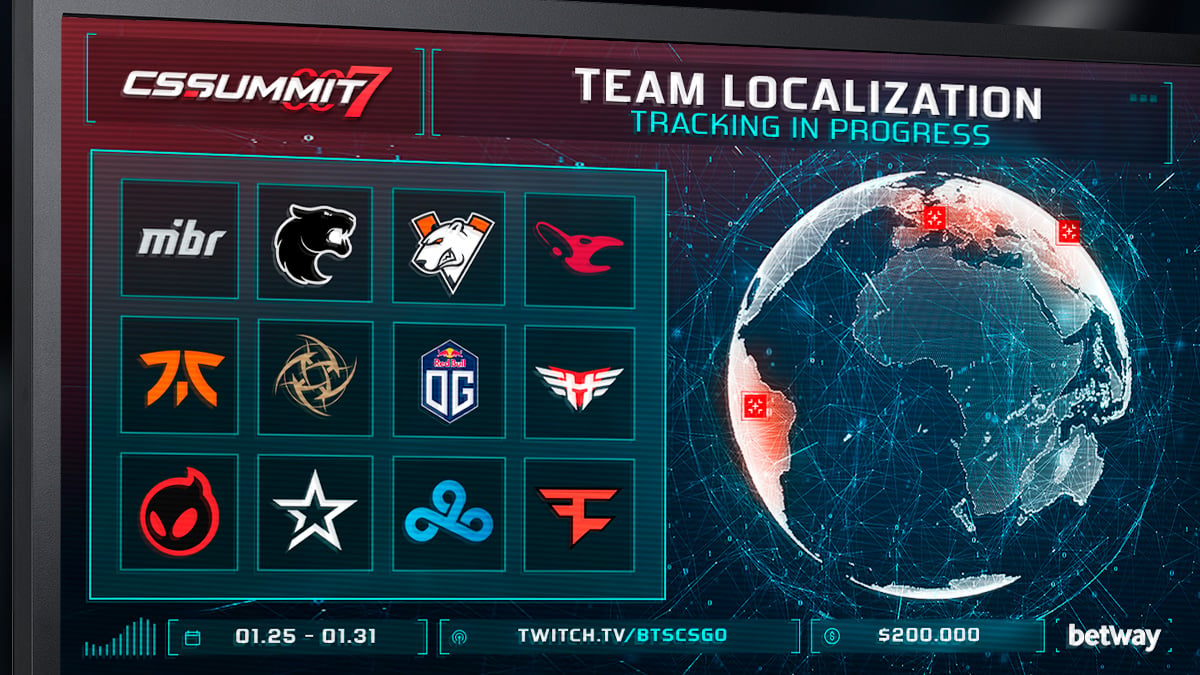 BeyondTheSummit has revealed the 12 CS:GO teams that have been invited to participate in its seventh cs_summit event later this month.

Cs_summit seven will be one event featuring mostly teams from Europe with the exception of FURIA and MIBR. Both Brazilian teams will be showing off new changes, with FURIA debuting its new addition in Lucas Honda and MIBR bringing its entirely new lineup.

They won't be the only teams showing off fresh changes, though. Fnatic will debut its new rifler, Jack "Jackinho" Ström Mattson, and Cloud9 have yet to bring on a new coach after parting ways with Aleksandar "kassad" Trifunović last month.

BTS events are known for their casual approach to tournament hosting. Past events have been hosted inside a house rather than a large venue, with casters and analysts conducting commentary and interviews on the couch. This year will be different, though, with the ongoing COVID-19 pandemic forcing the tournament to take place online.