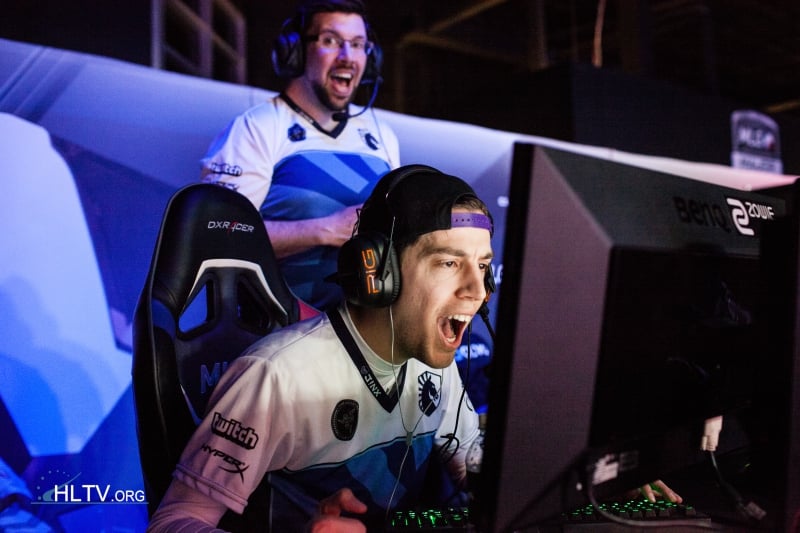 What will adreN do now that MLG columbus is over?

MLG Columbus went quite differently for Team Liquid’s Eric “adreN” Hoag than most everyone thought it would. Coming into this tournament, everyone assumed Liquid’s run would consist of Liquid’s 4 “stars” trying to carry adreN to a playoff berth. Yet what happened, was quite the opposite. On day 1, adreN was Liquid’s best player, winning multiple clutches and finishing with a 22-13 scoreline. Day 2 was even more of a surprise. On the stage where adreN has so often failed, versus the top European teams, adreN finished with an astounding 30-23 scoreline vs Fnatic, helping lead Liquid to a first place seeding in their group. In the quarterfinals, adreN did very well vs rival Americans CLG, going a combined 36-23, which helped propel Liquid to a semi-final appearance. In the semi-finals, however, adreN fell back to earth. He finished a meager 40-50 in the two maps, although this was still better than teammate, Nitr0, who finished 30-50. Yet, despite a poor last day, adreN showed that he still has what it takes to compete vs the very best. Here is a look at some possible options that might open up for adreN.

The question many of us are asking is, did adreN earn his spot back in Team Liquid? This is up in the air, at least from my point of view. The one thing that might enable this to be a possibility is s1mple’s showing with the AWP. s1mple showed that his AWP game is one of the most deadly forces in Counter-Strike. The problem is, in the technically current Team Liquid active roster, Koosta, who is solely an AWP specialist, requires an AWP. That would limit the impact of s1mple, who is one of the best players in Counter Strike. Liquid could decide they want s1mple to full-time AWP, which might open the door for adreN to rejoin Liquid’s active roster as a support player.

Since adreN got removed from the active roster of Team Liquid, adreN has been standing in/on trial for TSM, a team that consists of Semphis, FNS, Autimatic, and Sick. Assuming that adreN doesn’t get an asked to rejoin Liquid, this is the most likely option. TSM has done fairly well in adreN’s presence, and after this showing, there is zero chance TSM won’t ask adreN to become a full time player. Assuming he doesn’t get a better offer, he will likely accept this offer. The only potential problem is that adreN would not be able to play in the next minor (assuming the same system + rules as Columbus) which would not be ideal for adreN, or the rest of TSM. Other than that, this option is fairly simple.

If adreN does not get an offer from Liquid, this is where I hope adreN ends up. I believe it was either rumored or confirmed that adreN was offered a coaching spot on cloud9, but now with his own resurgent play + their struggles, it is very possible he could get offered an active roster spot. This would likely mean cutting one of the Freak/Stewie combo. Cloud9 could offer adreN the IGL role, which would mean moving n0thing back to a supportive role. Preferably though, adreN comes into Cloud9 as a rifler, as adreN proved he is much more prominent with a rifle when he is not focused on calling the tactics for his team. They should then try to convince trial coach Irukandji to become more committed to the team and be an IGL Coach.  If that cannot be achieved, and if n0thing remains IGL, adreN could still be very helpful to n0thing. AdreN is an extremely smart person, as seen from his youtube analysis videos. He obviously knows how the game is supposed to be played, and could help teach n0thing how to approach the game. This would allow for adreN to be fully focused on fragging during the game, and he could use his brainpower to help during practice.

The only thing in the way of this possibility (assuming adreN has no offer from Team Liquid, which he should obviously take if he gets it), would be Cloud9 being unwilling to realize that their current roster does not have the right pieces in it. Cloud9 has been known to wait too long to make changes, and hopefully this isn’t one of them. Adding adreN could be hugely beneficial to this team, and I hope that if Liquid doesn’t decide to re-add adreN, Cloud9 make him an offer.