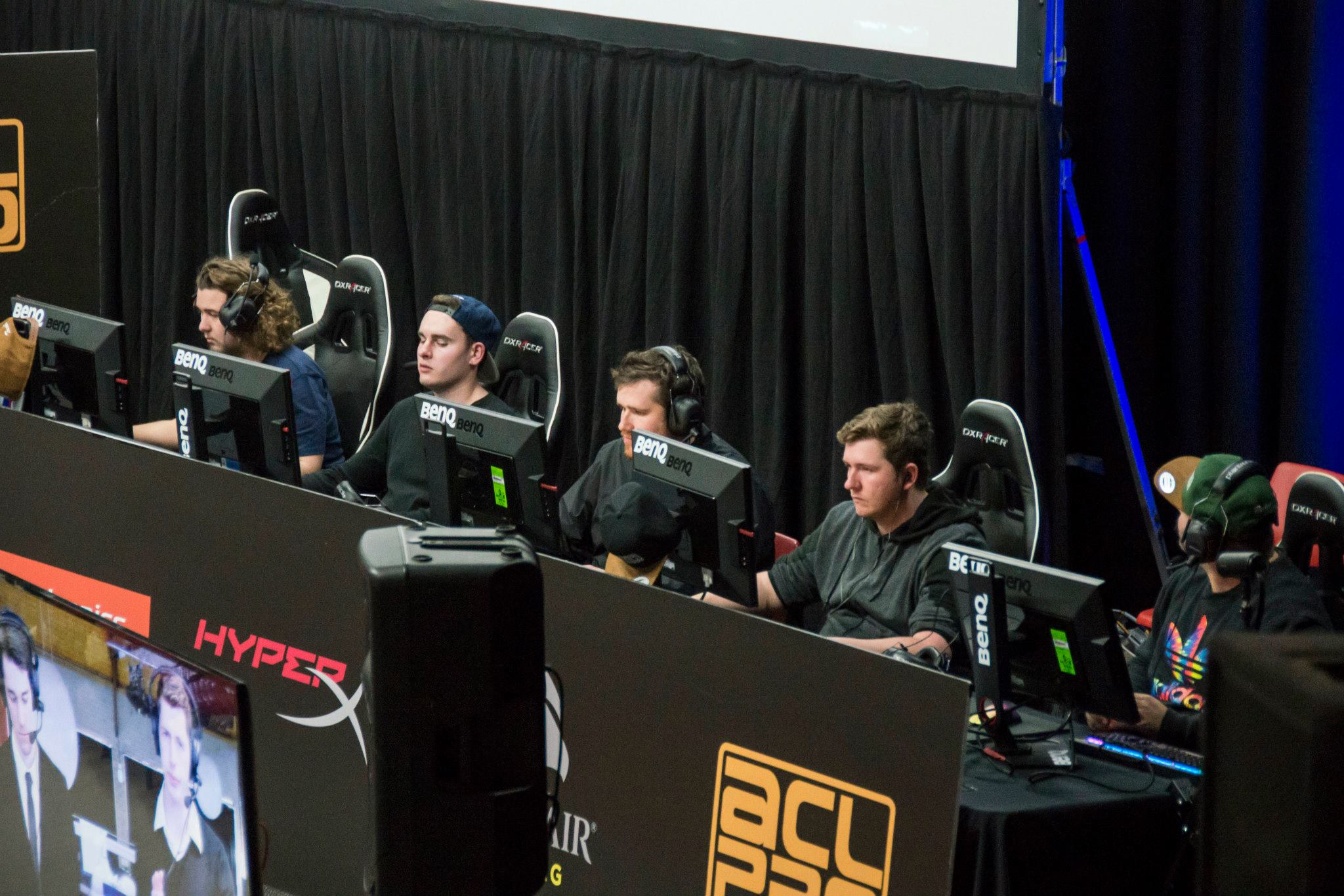 Despite a difficult road through the qualifiers, the former-Available! squad stood above their competitors and earned their place at the offline finals of the Crown $55,555 CS:GO Invitational. Defeating notable names like Trident and former-Chiefs on the way, the new CS:GO face of the organisation is both willing and able to cement their place among Oceania’s Counter-Strike greats.

Following ACL Sydney, the trio of PeetyG, Chrisoaow and Lightstep, found teammates in Zewsy and later Tucks. Continuing their Pro Circuit attendance, the roster represented Team Skyfire at ACL Melbourne and immediately left their first mark as a team on the Australian scene. Comfortably defeating SYF Gaming and Trident in the semifinals and finals respectively. Concluding their event run in surreal fashion, the handedly defeated Trident 2-0, including an impeccable 16-2 win on Dust2. Having not only the experience but the confidence from a national LAN victory under their belt could definitely help their mindset heading into the biggest Oceanic CS:GO tournament in history.

Although their recent online performance has been shaky with losses in the FACEIT Oceanic league, The Chiefs have still managed to showcase attributes that will prove key in order to be successful at Crown. As a newer team, they’re still developing their synergy and cohesion — a clear weak link in their play against some of their stronger foe.  Riding on a wave of individual talent, they are already making teams work for map wins on that alone as they continue to grow as a unit.

In order to continue on to the next stage of the competition, The Chiefs will have to defeat the renowned Team Immunity who are coming off a respectable performance at Dreamhack Open. Only just recently falling short 13-16 against Immunity in Round 2 of the FACEIT’s Oceanic League, Chiefs have the opportunity for revenge as an additional motivator. Even though they were unsuccessful, Chiefs flaunted exactly what will make them formidable at the event. Meeting on Cache, they quickly lost ground in the early rounds against Immunity’s invasive and pressuring style. However, where most teams would succumb, Chiefs adapted and regained control of their CT side. The second half was hotly contested with both teams trading rounds one after the next. Team Immunity proved victorious in the end though, having more rounds to play with.

Recent results may not stand in their favor, but The Chiefs have important characteristics that could lead to unexpected success at Crown’s $55,555 CS:GO Invitational. LAN confidence, a steadfast playstyle and being capable under pressure, the squad are nothing less than a dark horse heading into the event this weekend. Look out for The Chiefs to cause an upset this weekend against Team Immunity and create chaos at Crown.

When asked “What Chiefs’ goals are for the event” in a recent interview with m1kest4r, Tucks responded:

“To win for sure. Everyone wants to win. We’re excited to get out of the first stage. We’re confident we can beat Immunity and beat Renegades if SYF lose to Renegades.. If SYF beat Renegades, we’re confident in beating SYF. It’s exciting and we just want to get onto the second day and verse Virtus.Pro or Cloud 9 and have a good run against them, just experience that and see why they’re so good.”

Keen to watch Australia’s best play off for a spot against the internationals? Tickets to the Friday offline qualifier are still available at Ticketmaster.