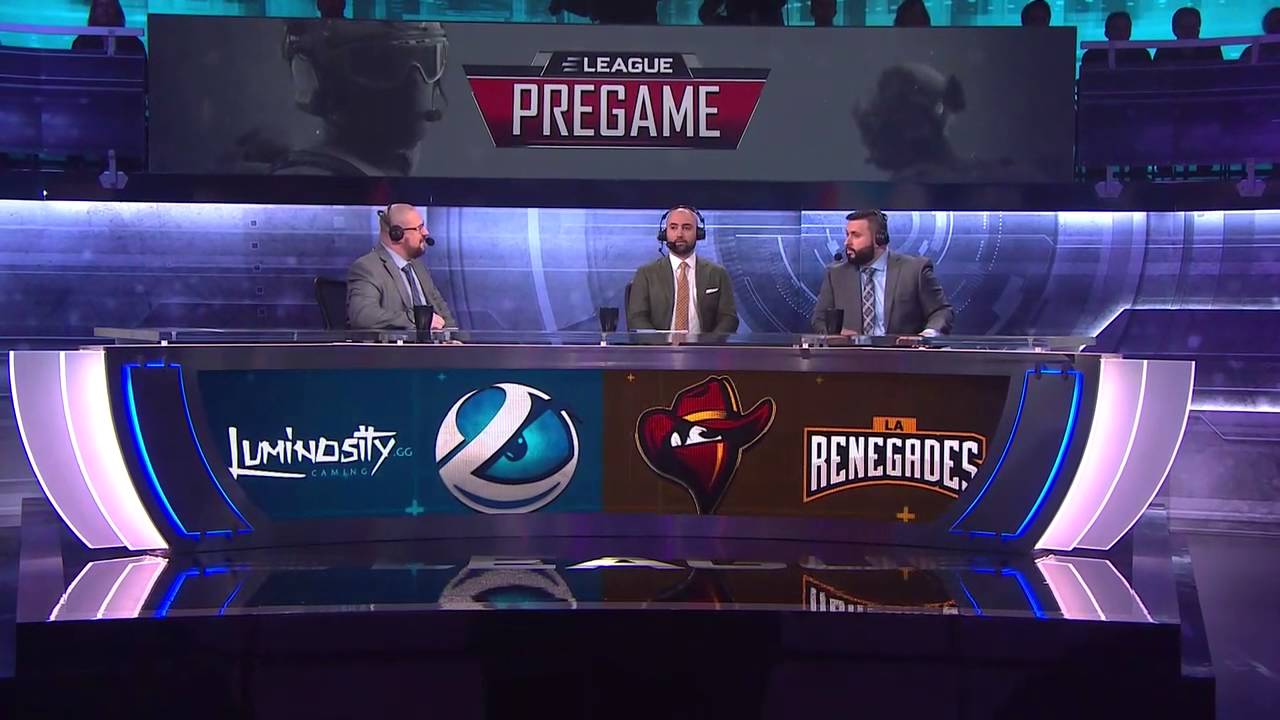 The first two weeks of ELEAGUE are now complete, with Luminosity and NiP prevailing in their respective groups and securing themselves spots in the playoffs. Two American teams – namely Liquid and Selfless – have been knocked out in dead last place, though even that pays out $30,000. G2 and Cloud9 have been placed into the Last Chance Qualifier, whereas the fates of Renegades and OpTic remain unclear until the other groups have been completed. This article looks at the conclusions to be drawn from the first two weeks of ELEAGUE play.

The Brazilians had to go through the SK-related drama in the past week, but managed to come out on top in group A, though only after a hard-fought battle with Cloud9 in the group’s final. FalleN was the difference maker in the deciding clash, as he finished with a 1.23 rating and a +19 K-D difference in the best-of-three that saw n0thing’s side steal opening map mirage, and lose cobblestone in overtime. However, Luminosity’s stellar record led to four players recording plus-1.22 ratings so far at ELEAGUE.

Notably coldzera’s team won two cobblestone games on overtime, and barely won one 16-14 – versus significantly weaker opponents Cloud9, Liquid and Renegades. Looking further back, SEMPHIS’s TSM has also stolen cobblestone from Luminosity online on May 1, and it was one of the maps G2 beat them on at ESL Pro Series Season 3 Finals. It looks like the South Americans will finally have something to work on before their next tournament, though starting to play nuke early on will offset some of that in their map pool strength.

The Ninjas were blown out by G2 in the round robin match of group B, and played a surprisingly close series against OpTic in the playoffs, splitting the first two maps and barely winning train 16-14. But the Swedes came alive in the final of group B, destroying G2 2-0 to advance to the playoffs. Furthermore, the team coached by threat started the series down 0-5 on cache, only to go on a 32-7 run for dominant 16-9 and 16-3 wins. Overall, it is hard to argue against f0rest in that NiP should be considered a top three team right now.

Whereas in the past NiP were a team that would either front-run you out of a tournament or lose, now they have seemingly reversed – thanks to threat – into being a team that can make the necessary adjustments after rough starts. While less sexy for the casual fan, it certainly is how you want your team to play for long-term success. You will have bad starts, and get figured out by your opponents. But if you can make the right adjustments time after time, success will follow. And so far, it has followed this NiP roster.

We have now seen nuke played a couple of times, including in two maps at ELEAGUE. Putting the map’s issues aside, the combined score in Atlanta for the map after two groups stands at 36-12 in favor of the defensive side, i.e. the equivalent of 11-4 half each time for the counter-terrorists. Safe to say there will be changed in the future, preferably before ESL One Cologne. But how will the map’s addition affect results going forward?

For one, NiP vetoing nuke against G2 was surprising. While the map is new, they have traditionally been a strong nuke team, and were expected to pick up the map quickly. On the other hand, Luminosity and G2 adopting the map early on will give them an advantage in veto processes going forward, as opponents will have to think twice before leaving it in the map pool. Keep an eye out for what other top teams do regarding nuke in the future, because the map pool has a huge effect on the power dynamics of elite level Counter-Strike.

G2 are likely to remain a fringe contender

The ascent of G2 in the past month or so has been perhaps the best story we have had so far in 2016, after Luminosity’s rise to world domination. But the loss to NiP in the final match of group B reminds us of the fact that they are not an elite level team. Their style remains inconsistent, and they rely (too) heavily on the individual efforts of shox and ScreaM. It is easy to win halves when you have two players hitting every shot – but rarely can you win championships relying on that kind of showings.

No doubt G2 are better with bodyy than they were with Ex6TenZ, and the newcomer has turned into a good player at the top level quickly – but while their peaks are high, they need to become a more rounded team if they wish to make playoffs at the major, let alone think about a deeper run. NiP’s win over them reminded us all of how easy it can be to counter teams when given plenty of time to do so. Until G2 change their style – which would likely have an unwelcome effect on shox’s individual game – they will likely remain a fringe contender.

Stewie2K has developed into a star-level performer

When Cloud9 picked up Stewie2K in January, few expected him to become the kind of contributor that would be able to help Cloud9 compete for podium finishes this year, especially after his poor showing at MLG Columbus. But since then the 18-year-old has improved significantly, and was the best player in Cloud9 at both DreamHack Open Austin and ELEAGUE’s group A.

Though still inconsistent – with five maps at a sub-1.00 rating out of 11 at ELEAGUE – the entryfragger, who opened up 27.8% of Cloud9’s rounds in Atlanta, had a great showing with a 1.18 rating, +38 K-D difference and 0.83 KPR. Stewie2K has, effectively, developed how many wanted shroud to develop – only he never did. Cloud9 have enough firepower to compete with the big dogs, but they will need Skadoodle and shroud to be more consistent to have a shot at winning series against elite-level teams.

The Canadian team has continued improving at a steady pace since the addition of mixwell, who moved over to North America from Spain. At ELEAGUE the team took care of business against Selfless, won a map against NiP in a dominant fashion, and came within two rounds of upsetting the Swedes on train. Earlier, OpTic also got to fourteen rounds against G2 on the same map.

These are baby steps and established teams would not make a big deal out of losing close games, but for a still-developing team they are exactly what they need. While mixwell is their best player, both NAF-FLY and stanislaw also had their share of good games. This team could compete with Liquid, Cloud9 and CLG in the future for the title of North America’s best team.

Liquid’s current roster is a lost cause

Regardless of what the duo of nitr0 and EliGE think of s1mple as a player or a teammate, it is becoming more and more obvious as days and tournaments go by that this Liquid roster is a lost cause without the added firepower that s1mple brought in. adreN is simply not a good player at the top level – despite having good showings at the MLG events – and koosta’s play since joining has been lackluster at best, finishing only two of eight maps at ELEAGUE with a plus-1.00 rating.

Current in-game leader adreN’s -50 K-D differential, on a supposedly competitive team, is so far the laughing stock of ELEAGUE. Hiko said changes will not happen until after ESL One Cologne, but I would be shocked if this roster did not see at least two changes after the next major. The fact ELEAGUE is bringing so much money into the second-tier North American teams is causing a problem, as there are not many players Liquid can pick up. But at what point do you bit the bullet and buy someone out? How much longer can this continue?

ELEAGUE continues this week with group C, which will feature astralis, SK, CLG and NRG competing for a playoff spot, as well as a slot into the Last Chance Qualifier. After all six groups are finished, the playoffs are set to take place in early July.