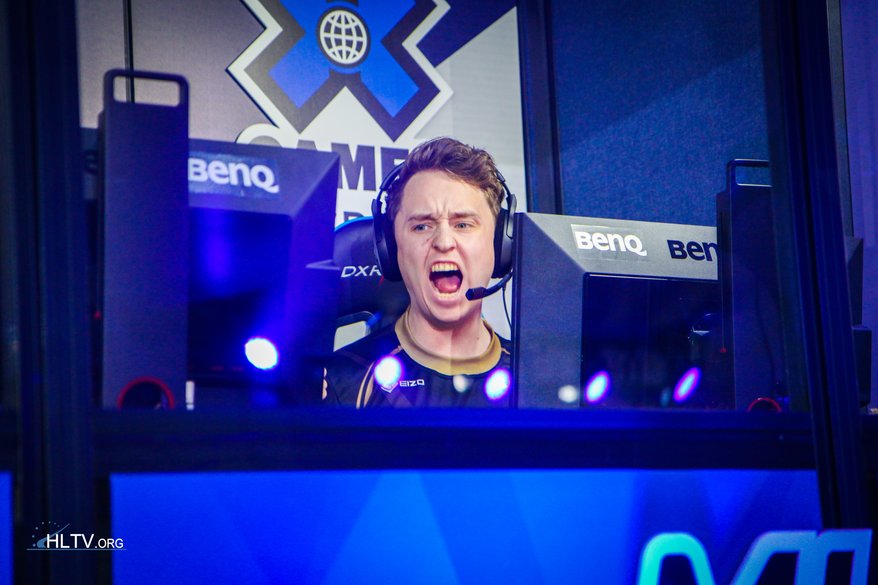 There have been many rumors surrounding NiP during their slow decline. A couple months ago, reliable sources say that JW was very close to going over to NiP. Now, it looks like the current players will be going away from NiP, specifically GeT_RiGhT. GeT_RiGhT is rumored to be in talks with Cloud 9.

NiP has been playing decently as of late, but don’t let this fool you. Some teams that are in the process of falling apart play a YOLO style that does well for them. Sometimes, teams think too much and over analyze the game, and when they try less, they actually do better. Although NiP is not known to be a try-hard or tactically oriented team, They have been able to play in a free, more successful way. NiP is going to come apart, and before it has been official, teams are going after the good pieces.

For GeT_RiGhT to do well on Cloud 9, n0thing MUST go. Cloud 9 and Seangares himself have confirmed that, when possible, he will become coach. Sean has seemed like deadweight in most games to the casual viewer, but C9 live and die off of his strategical knowledge. In a position where he doesn’t have to worry about his play, Seangares’ impact may be even greater. If Cloud 9 now has GTR, but I have to choose between kicking n0thing or making Sean coach, I would kick n0thing. Yes, he played a role in bringing C9 to their peak, but with GeT_RiGhT on the same team, things just would not work out. Plus, n0thing has been playing poorly for a long time. Both players go off to do whatever they want. There is a well-known saying among CS players about GeT_RiGhT; where ever GeT_RiGhT is, his team isn’t. The same saying can be applied to n0thing. n0thing is known to be a bit picky about his spots/roles, and GTR is too. The big problem is that they both play similar spots. An expensive European import will be ruined due to arguments in the team if n0thing were to stay. n0thing seems to be a pretty nice guy and is pretty popular, but the risk of ruining NA and Cloud 9’s best team is not worth it.

Now, the replacement for n0thing in this situation must be determined. A Swedish player would be good for multiple reasons. GTR will be going to a foreign country and could get lonely. In League of Legends, Piglet is a world champion, and about a year ago, he was brought over to North America. He played terribly and had bad attitude. People at the time said he just didn’t try hard or care in the weaker region with much more salary, but as things unfolded, we realized he had some cultural problems as a Korean in America. The same thing could happen to GeT_RiGhT, despite his better English skills and familiarity with American culture. For this reason, it makes great C9 get a Swedish player to join him. A Swedish player would also be a good choice as there have been quite a few moving around teams. dennis and schneider were available for the longest time, but both of them are now on teams. dennis’ team looks like it will fall apart, and he would be a great player on C9. He is knowledgeable and great at the game. schneider was also a good choice a few weeks ago, but now he is on Dignitas. He may be persuaded to leave, and he is worth it. One online Kinguin game comes to mind when I think of schneider. ScreaM was DDOSed and a substitute was needed. schneider was brought in, and mousesports (I believe) was destroyed on Train, a good map for them. With immediate success on Dignitas and Kinguin, he is now known to be an instant plug-and-play CS pro. Also, he has been out of competitive play for a long time, so it looks as though he can only get better. If you are a big fan of Swedish Counter Strike, you may feel that I am leaving out an important name, f0rest. He hasn’t been great, but he hasn’t been a friberg. He can play a role and do things. Also, Cloud 9 would look good keeping the Swedish duo since 1.6 together. With two players from NiP, attitude problems may arise, so that is one risk with f0rest. Before strongly considering f0rest as well, C9 should look into any problems f0rest may have and ask GTR if he would like to continue playing with him.

An unusual, but possibly rewarding move for Cloud 9 would be to ignore GTR’s countrymen and get a player on Virtus Pro. Virtus Pro was having some inner problems, and the NA rival may be able to capitalize on that. NEO could be a great player on Cloud 9. He is coming back to his old level and is more versatile than ever. His English is excellent, so communication won’t be a problem. More people than myself would love to see C9 NEO, and it would also do Cloud 9 some good when playing against Virtus Pro, a team they haven’t been able to beat. Although it probably isn’t going to happen, it still is something to dream about. NEO, GTR, and Cloud 9. NEO, GTR, and Cloud 9. It’s just too awesome.

With these changes, Cloud 9 will not be losing close series and maps to Fnatic. They will be dominating them, especially in Fnatic’s current state. Cloud 9 may not be able to beat EnVyUs and Team Solomid, but it is impossible to tell exactly how successful they will be. GTR, Skadoodle, Freakazoid, shroud, NEO, and Seangares as coach could be a lineup that wins majors. If a roster change takes place before late October, then they have a good chance of winning Dreamhack Winter.