Here are some of the biggest names who can provide a good narrative. 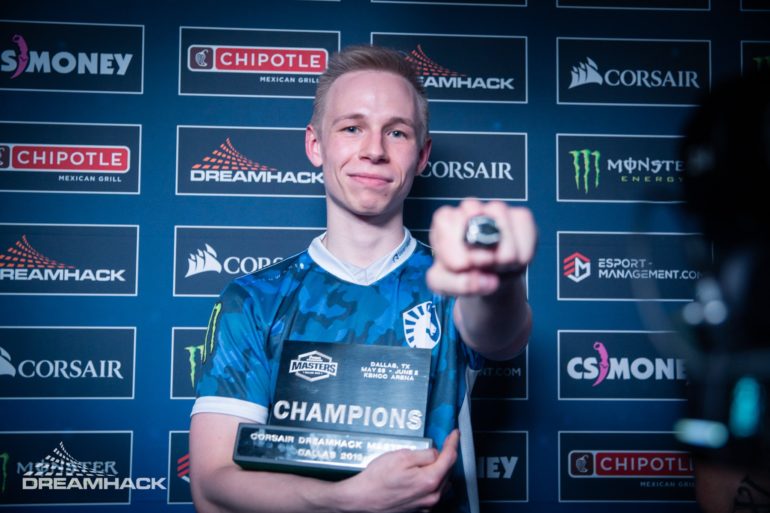 The 15th CS:GO Major is about to resume tomorrow with the New Legends Stage.

It’ll feature some of the best teams in the world, including Team Liquid, Astralis, Vitality, ENCE, and Natus Vincere. Only eight teams out of 16 will move on to the playoffs.

Here are seven players who you should keep an eye on at the StarLadder Berlin Major New Legends Stage.

Jonathan “EliGE” Jablonowski has been on fire since Liquid have won six major tournaments in a row following their title at IEM Sydney in May. EliGE has mastered the SG 553, as well as the popular Krieg, a gun that broke into the metagame over the last month. The advantage of the scope and its 100-percent armor penetration makes it a lethal gun in EliGE’s hand.

Liquid are the best team in the world in terms of raw skill. Russel “Twistzz” Van Dulken and Keith “NAF” Markovic put up great numbers alongside EliGE. But the American won the MVP award at three out of the six events that Liquid have won: ESL Pro League season nine finals and DreamHack Masters Dallas in June, and IEM Chicago in July.

Nicolai “device” Reedtz was the biggest name during Astralis’ successful run in 2018 and 2019. He was the second-best player in the world in 2018 and he’s still putting up great numbers, even though Astralis stopped winning tournaments. But his performance at ESL One Cologne in July was below average for his own standards.

That may motivate device to return to form at the StarLadder Berlin Major. If Astralis take home the title, they’ll be the first team to win three CS:GO Majors in a row. The Danes are expected to show up in great form and be a top contender against Liquid.

Oleksandr “s1mple” Kostyliev is an obligatory name for any list of best CS:GO players of all time. The Ukrainian has been a great player throughout his entire career, but he really reached the top in 2018 with unreal showings at multiple tournaments.

He hasn’t been the same in 2019, but neither have Na’Vi. They made a roster change in May and will play their first Major with Kirill “Boombl4” Mikhailov. Even if Na’Vi aren’t expected to win the StarLadder Berlin Major, you won’t want to miss any of s1mple’s highlights.

This will be Aleksi “Aleksib” Virolainen’s last ride with ENCE. The in-game leader will move to the bench after this event to make room for Miikka “suNny” Kemppi. Aleksib has led ENCE to a top-three placing in the world rankings and helped the team finish in second place at the previous Major, IEM Katowice in February.

He isn’t the best player in the world and maybe not even the best on ENCE, but he’ll do his best to perform well at the StarLadder Berlin Major since every team missing an in-game leader will have their eyes on him.

Nikola “NiKo” Kovač is one of the most mechanically-gifted players in CS:GO. He’s known as a player who can pop off in any match even if FaZe aren’t playing well. At this Major, NiKo will only be focused on his individual performance since Filip “NEO” Kubski is FaZe’s in-game leader.

Because of this, most fans are expecting great things from NiKo, whether it’s with the AK-47 or the AWP that he likes to grab from time to time.

For many fans, Christopher “GeT_RiGhT” Alesund is the heart and soul of NiP alongside Patrik “f0rest” Lindberg. But he might not play on NiP for much longer. The organization will be monitoring his performance to determine whether it should replace him after the Major.

GeT_RiGhT already said he won’t quit playing even if NiP benches him. He still has the competitive fire and is one of the most passionate professional players in CS:GO. So it’s definitely worth keeping an eye on what could be GeT_RiGhT’s last ride with the Ninjas.