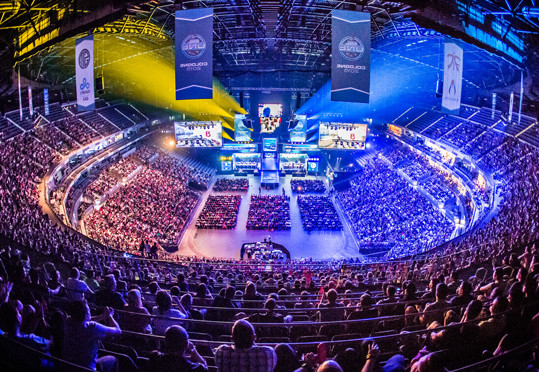 ESL One Cologne approaches. The next valve-sponsored Major Tournament kicks off Tuesday, July 5, and will feature the 16 greatest teams in the world. Keep your eyes on this one, as there are juicy storylines set to unfold during the six days in Cologne. From teams proving themselves to the ambition of a superstar, Cologne promises to deliver an excellent event.

Astralis: A lot to prove

Astralis have always been among the top teams in the world but never quite cementing their position as the best. They approach Cologne looking in possibly their worst shape, coming off the back of two losses at the ECS Finals last weekend. The Danes crashed out of the tournament in just the group stage, losing to their former organization, Team SoloMid, and Cloud9. While one upset could be considered a singular occurrence, a best-of-three loss to Cloud9 is inexcusable for a team who have the talent to challenge the best.

When Astralis added Markus “Kjaerbye” Kjærbye it was expected that the results of a team usually on the brink of greatness would improve, as the youngster brought with him the ability to drop huge numbers of frags each game. An example of Kjaerbye’s excellent fragging ability was seen when he almost single handedly helped his former team Dignitas secure themselves a position at the Cologne Main Qualifer. As well as performing strongly the whole tournament, Markus was also the MVP of the game that secured their qualification against Orbit, where he picked up 69 kills across 80 rounds.

However, the addition of the young Dane has not brought the success to Astralis that myself and many members of the community expected. As well as their failure at ECS, Astralis were knocked out by Ninjas in Pyjamas (NiP) in the Dreamhack Summer semi-finals earlier this month. While it wasn’t the worse way Astralis could have exited the tournament, a semi-final finish to a tournament that isn’t at the elite level is less than what Astralis should be aiming for.

Even the god like level of Nicolai “dev1ce” Reedtz in the recent months has not been enough to bail Astralis out of their slowly sinking ship. The AWPer doesn’t often get the credit he deserves, as although he is considered one of the best players in the world the level he plays at is remarkable even for one of the greatest. Reedtz showed his quality at ELEAGUE, where the Dane made his case that he may be the greatest player in the world, going +81 Kill/death ratio in the group phase. Dev1ce has shown he can play his part, now he needs his whole squad to perform at the Major.

The reason they need to prove themselves at the Cologne Major next week is that their lackluster results are starting to suggest that Astralis aren’t quite the team they used to be in 2015 and the earlier stages of this year. In March/April at MLG Columbus, Astralis showed themselves to be the structured, coordinated team they were known as. Reaching the semi-final only to be knocked out by Na`Vi is a strong result for the Danes, much stronger than their results at ECS. The time for them to re-assert themselves as a high level tier 1 team and end their slump is now.

G2: A chance for legend status

G2 Esports have taken the scene by storm these recent months, something I have covered in detail already. They approach the Cologne Major looking strong and in-form, but they still have their cynics who see their inspired run as a fluke. It is at Cologne where they can make it a solid fact that they are the best team in the world right now.

G2 are the hottest team coming into the Cologne Major, and not just because of their good looks. The French-Belgian side have dominated the scene recently, collecting series wins over a host of top teams including Fnatic, Luminosity Gaming (Now SK Gaming), and NiP. Lead by the most in-form duo in the professional scene right now of Richard “shox” Papillon and Adil “ScreaM” Benrlitom, the team recently won the ECS Season 1 Finals.

The ECS Finals was the most competitive tournament we have seen since perhaps the last Major, and was packed with the true greats of Counter-Strike. G2 recorded wins over arguably three of the five best teams in the world at ECS, all of them in 2-0 fashion.

They may have taken a large step at ECS in proving themselves to be the best team in the world, but the need to show this form once again in Cologne, on the biggest stage, to truly achieve that title. ScreaM, who is often overshadowed by his incredible partner in crime shox, had a spectacular tournament in London, with the headshot machine ending the event with a Kill/death ratio of +76. While it’s true that numbers don’t show the whole picture, it’s hard to argue with such a staggering statistic.

G2 have shown once that they can beat the best teams at an offline event, but it will take similar wins on the biggest stage of all, a Major, for G2 to truly achieve the title of world’s best team.

Liquid: A team of potential and hope

The North-American (NA) side present perhaps the most compelling storyline to follow while watching the Cologne Major. Entering the tournament with an exciting lineup full of big personalities and high skill ceilings, Liquid provide a team of dynamic players lead by their ambitious talisman, Spencer “Hiko” Martin.

In a recent blog post by Hiko himself, he explained how the Liquid lineup had changed and evolved since he had joined. Due to the recent pickup of Josh “jdm64” Marzano and the temporary inclusion of Oleksandr “s1mple” Kostyliev, Hiko believes that his current squad has the most skill of any team he’s played in. This is quite significant, as a similar lineup Hiko played in reached the semi-finals of the Columbus Major and, were it not for a historic choke, would have reached the Grand Final.

Liquid participated in the ECS Finals this past weekend and performed well but not well enough to make another Major semi-final. An early win over eventual tournament winners G2 was a great start, but they then failed to beat the Brazilian side of Luminosity, ultimately failing to qualify after a 2-1 defeat at the hands of G2. A group stage exit might sound bad on paper, but when your group consists of NiP, G2 and LG, a win and two losses is a positive takeaway.

Hiko also mentions in his blog that, although an important tournament they sought to win, ECS was not as important to his team as the Major. With their impressive showing at the ECS Finals seemingly not their highest level, it’s clear Liquid mean business at the Cologne Major. As the lineup they will use in Cologne is similar and possibly even better than the one that reached the semi-finals in Columbus, it’s possible Hiko’s hopes of winning a Major title could be realized.

All of this and more kicks off on July 5 as ESL One Cologne 2016 gets underway.