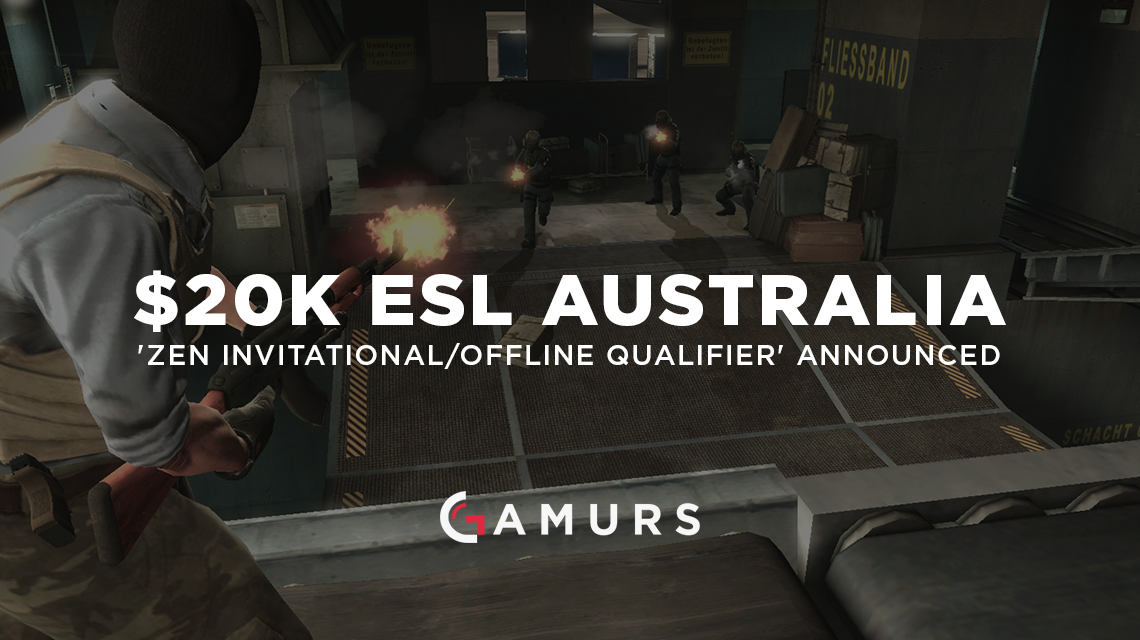 The Offline Qualifier will see Team Immunity, Parallax, Grimmy Bankers and Legacy eSport’s battling each other for two spots to the ZEN Esports Network Season 1 League, which is set to take place on Jan. 4. The league will have four teams from Australia and four from Asia – the first extended league of its kind.

Both Grimmy Bankers and Legacy eSport’s come into the Offline Qualifier from the controversial Open Qualifier that saw over 60 percent of teams forfeit due to scheduling/roster ruling issues, and allegations of cheating made by players on Twitter. In contrast, Team Immunity and Grimmy Bankers qualified after making it to the ESL ANZ Season 2 Championship held in November.

The Invitational portion of the event will have a $20,000 prize pool and the only two qualified members of ZEN League Season 1 – Tainted Minds (formerly Athletico BH) and Chiefs eSport’s Club. The teams will be facing off against two unnamed “high-profile guest lineups,” which could be of any origin, considering last year’s similar event had both Cloud9 and Virtus.pro in attendance. Both teams qualified for the invitational part of this event through their grand final appearance at the ESL ANZ Season 2 Championship.

Both parts of this event will be vitally important for the Oceanic scene, given the recent shuffle that saw the majority of the top teams change players, with the main exception being Tainted Minds, who controversially changed organisations. The Invitational and the league itself will hopefully give some much-needed in-game experience to young players against international teams, and out-of-game stability to a scene that has born witness to months and months of gossip and drama between pros.

Tickets to this event are already available for purchase here.

What are your thoughts on this event? Let us know by commenting below or tweeting us @GAMURScom.