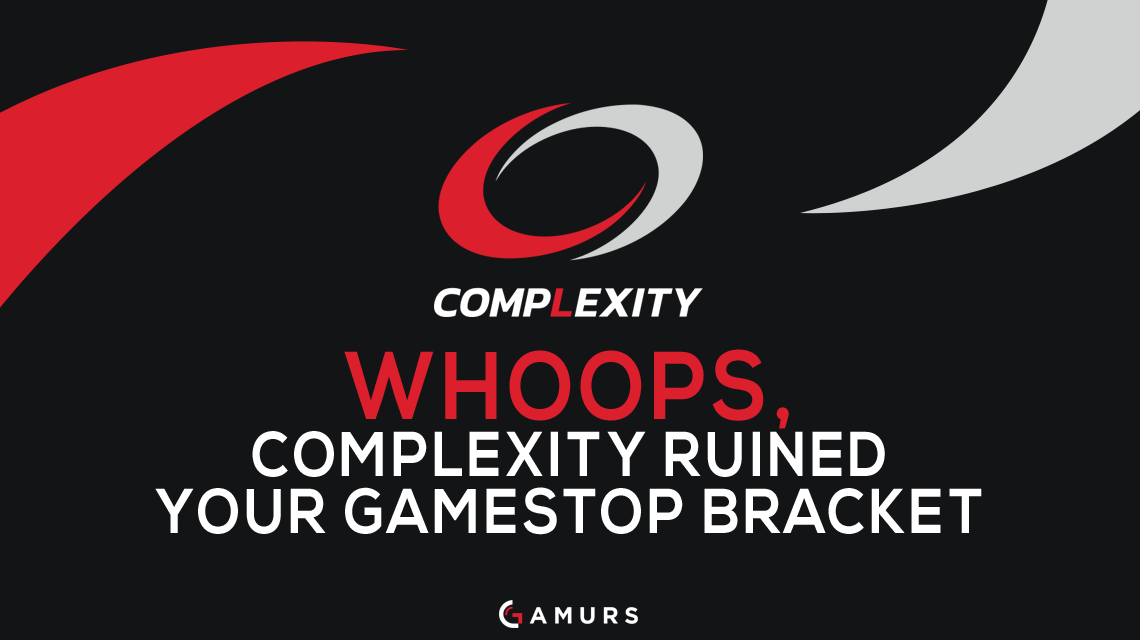 Last night, compLexity Gaming shocked the world. In their first match of 2016’s Call of Duty World League Championship, they had a big match against the top team in the world, OpTic Gaming. They came out victorious.

“We knew we had to close it out because they were starting to gain specialists. You do what you got to do,” Chris “Parasite” Duarte told us.

Ultimately, compLexity beat OpTic Gaming 3-2, closing out the last map 6-3. In fact, compLexity won both Search and Destroy modes in the series, winning the other 6-1 to cement SnD as their best game mode. Once OpTic Gaming was out of the way, it was easy sailing for compLexity. They went on to defeat both Team LDLC and Pnda Gaming by 3-1 scorelines to claim the first place spot in Group H. OpTic Gaming won their next two matches to place second.

Now compLexity are moving on to the knockout bracket and will face Cloud9.

“We got traded from Cloud9,” chimed in Colt “Havok” McLendon, laughing.

He is referencing the Cloud9/compLexity roster swap that occurred right before the Call of Duty World League Championship online qualifiers. Swarley, Havok, and LlamaGod had all spent a good chunk of the Black Ops III season under the Cloud9 banner, only to go through a last-minute exchange with compLexity before the online tournament that brought them here.

Talking about the timing, Swarley corrected me, “Last hour,” he said.

“It’s just a funny situation that we play each other first round,” Parasite said.

With their win over OpTic, compLexity quite literally controlled the bracket. They may have also ruined some hopes and dreams. Due to them taking second in their group, OpTic Gaming will face Team EnVyUs in their first knockout bracket match. Of course, the loser will have the opportunity to work their way through the lower bracket, but the fact compLexity created the odd situation puts a smile on their face.

“We created that. Whoops. We screwed up everyone’s Gamestop bracket,” Havok joked.

When it comes down to CoD Champs time, players need to find the very best teammates they possibly can. Parasite is pretty happy with the guys he ended up with.

“I didn’t have the [teammates] to place well consistently, and now that I do I think we are prone to do really well at this event,” he said.

Parasite is the only player on compLexity to have attended a Call of Duty Championship before. In fact, he won it on Black Ops II with Fariko Impact.

“He is definitely the leader,” said Havok.

“I make sure to try to keep them composed,” Parasite replied, “but if there is someone losing full it’s me.”

Due to the team being relatively new, compLexity aren’t considered a top team. Not many people even expected them to defeat OpTic, but the players thought more highly of themselves.

“Now those doubts have been put aside,” Parasite said.

Their next match is against Cloud9. Win or lose, compLexity have the chance to go far at this year’s Call of Duty World League Championship.

Josh Billy is a long time Call of Duty fan and can be contacted at [email protected]or @Orbit_CH3MISTRY.