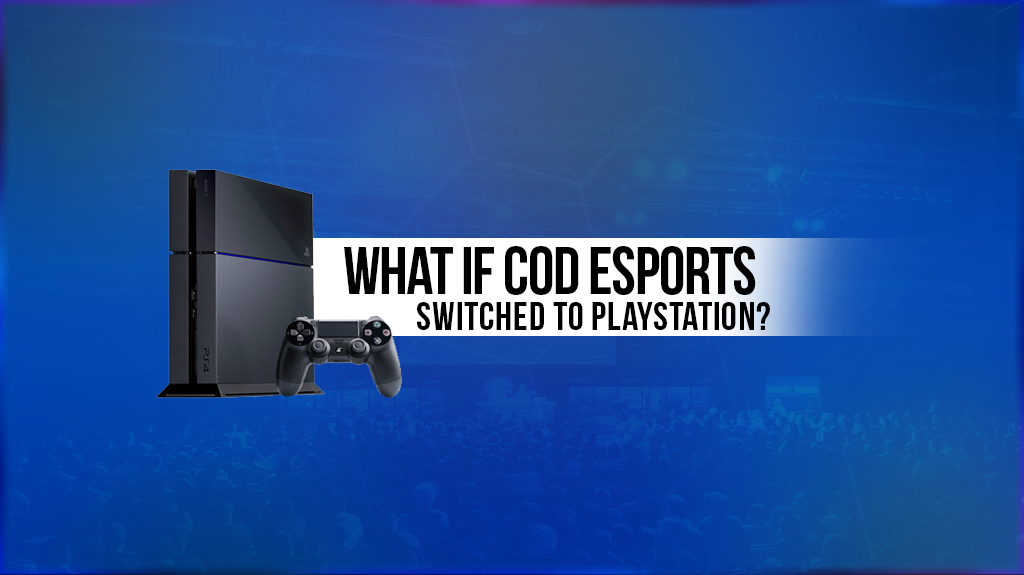 Sony Entertainment officially unveiled a new partnership with Call of Duty publisher Activision at E3 2015, allowing PlayStation users to receive downloadable content before any other platform, starting with the upcoming title Call of Duty®: Black Ops III. The question that remains is, what if Call of Duty eSports switched to PlayStation?

Currently, Major League Gaming is partnered with Microsoft’s Xbox One as the “default console” for competitive Call of Duty. This will continue for the remainder of Call of Duty®: Advanced Warfare, regardless of a possible console switch for Black Ops III. MLG received the news at the same time as everyone else, when it was publicly released at Sony’s E3 press conference. They will be deciding on whether or not a console switch is necessary, depending on the variables and partnerships at play.

If a console change occurred, it could become a problem for Xbox users, who have come to know Xbox as their home for competitive Call of Duty. PlayStation originally had the priority rights back in 2011 for Call of Duty®: Black Ops. Microsoft then partnered with Activision on a three-year deal, allowing them to be the primary console until later this year. It’s quite obvious that Microsoft didn’t invest in a renewal to that contract.

Microsoft’s partnership allowed Xbox to become the primary console for CoD eSports, which has been the main competitive console for Call of Duty®: Modern Warfare 3, Call of Duty®: Black Ops II, Call of Duty®: Ghosts, and more recently Call of Duty®: Advanced Warfare. Over the years, ambitious players from PlayStation and other platforms made the switch to Xbox 360 and later Xbox One to compete fully at events. Now there’s the possibility that those who have invested their time and money into a specific console, may have to switch.

What will most likely seal the deal on whether PlayStation becomes the primary platform for competitive CoD, is that if PlayStation takes the reins on next year’s Call of Duty World Championship. Xbox has presented Call of Duty XP and three world championships.

If PlayStation’s contract with Activision allows them to become the new hosts of CoD Champs, it would be unreasonable to host one event and have the rest of the events on Xbox One. CoD Champs is the most important event of the year with the largest prize pool and it usually affects all other events indirectly.

Advanced Warfare’s competitive rotation has recently been implementing highly requested DLC maps, which debuted at the Call of Duty World Championship 2015. It’s quite reasonable to state that Black Ops III will do the same at some point, meaning that PlayStation’s prioritization is even that more important. Competitors gaining an early month of practice on PlayStation is vital, especially for the main event of the year.

One possible scenario plays well to Xbox One fans and gamers. If CoD Champs does not take place and the MLG Finals was made the main championship of the year, we may not see a switch at all. The World Championship event may look much different or may not even take place with Microsoft and Xbox seceding as the main console and partner for the event.

There’s a numerous amount of pros and cons regarding the possibility of switching consoles in for CoD eSports. Check out our compromised list of why it’d be good or bad to switch to PS4:

So do you believe that competitive Call of Duty will switch over to PlayStation? Let us know in the comments. Stay up-to-date on future eSports news over at our Twitter – @eSportsNation.