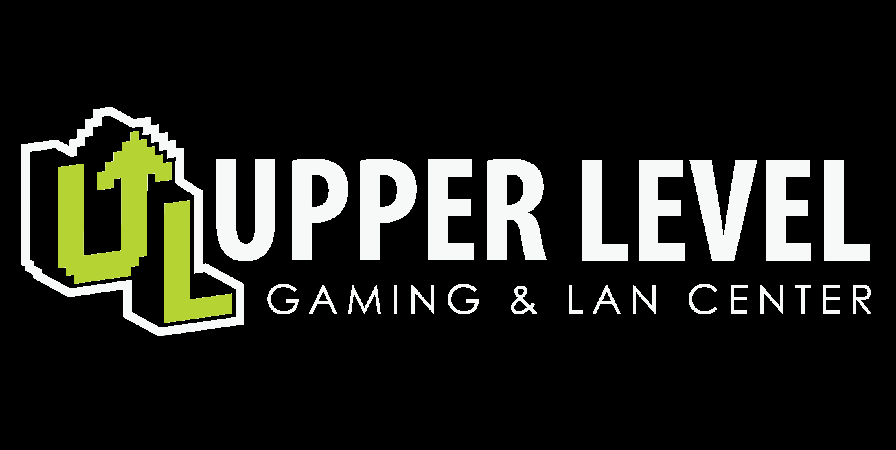 I was scrolling through the CoDCompetitive subreddit one day, as I typically do, and came across a post titled, “Ohio Advanced Warfare LAN”. When I saw it, I was immediately intrigued. I live in Ohio, and even though Major League Gaming hosts a large open event in the fall every year in downtown Columbus, I’ve never played at a large LAN event. That isn’t to say that I haven’t attended an event before. My first event was in Columbus for Call of Duty Ghosts, where I knew nobody and just kind of wandered around the venue and told Sharp that I was rooting against his team right before he went onto main stage. Anyway… since then I’ve been in attendance at the MLG Arena for multiple Call of Duty events, but, of course, those are invite only.

I don’t really have a good excuse for not playing at a LAN event before, and when I saw the reddit post for the Ohio event this past weekend I knew that I couldn’t pass it up. Upper Level Gaming, the host of the event, is a name that sounded familiar. We’d been following each other on Twitter for a while now and I knew that they were from Ohio, but I had not seen them hosting a Call of Duty event before.

The Advanced Warfare LAN was a one day event, played on a Sunday. Good. That meant I didn’t have to pay for a hotel and I also didn’t have to miss the Ohio State Buckeye’s game. After deciding I wanted to go, I went to Twitter and posted that I was looking for a team. It didn’t take long for another Columbus local to show interest. Eventually, I found my team of four and we planned on driving out to the event, held in Caldwell, Ohio, on Sunday morning. I picked up @DylanHess22 and @Crims_HD and we met @D1_SnlpEzZ at the venue.

I had teamed with Crims for a few months at the beginning of the year, after meeting him online and realizing we had actually both been at the Call of Duty Championship North American Qualifiers together. We had only played with Snipezz once: the night before the event, and none of us had played with Dylan before. None of us had much LAN experience, though Crims had gone to MES 25K in Detroit a month earlier. It was going to be an interesting day.

We arrived in the small town of Caldwell, Ohio about an hour before the start of the event. When I say small, I mean it! It’s the type of place where all of the shops are closed on a Sunday. Luckily the diner right next door to Upper Level Gaming was open, because I was starving. The venue itself is not your typical storefront and the name is derived from the fact that it is located on the second story.

Upon arrival, the owner, Cory Clark, let us in the door and we walked up the stairs. It was an older building, and the venue itself appears to be in what was, and could still be, used as a residential space. Gaming posters and other sorts of memorabilia covered the walls. There were two large rooms with 4 Xbox’s each, meaning the teams playing would not be in direct contact with each other. A small office was used by Cory to conduct business and host the live stream of the event. Another room had multiple couches, a large flat screen tv, and signed band posters on the walls. It was a typical man cave. Overall, the place felt homey, somewhere where you could kick back and relax.

With only two stations with 4 Xbox’s each, the 4v4 tournament could never be played out quickly. Upper Level Gaming does plan to expand into the future to incorporate another station so that two matches can be played at once, but for the time being we all spectated as the teams faced off. The 7 teams in attendance were placed into a double elimination bracket and the matches went underway.

Our team, which we named, “Press B for Spin Move” after Ohio State’s Braxton Miller, was up first vs. Death Dealers. To my surprise, I recognized a few of the names on the other team (Vply and Lehvitating). Small world, eh? Each of the series were best-of-3 and we started with Bio Lab Hardpoint. I took up a different role than usual and sat on the objective while my teammates slayed out around me. We won the map with minutes to spare. Second map, Riot SnD, was a lot closer. I took the bomb A every round and we eventually won 6-4.

Our second round match was against 740, who were the only team with a bye in the first round. Because no Uplink maps had been played yet, we all agreed to play Detroit Uplink first instead of a Hardpoint. Warming up to my objective role, I scored 12 points and we won the map by a wide margin. Second map, Recovery SnD, was a 6-0 shutout. Hair Pie then made slight work of Life Partners to move on to the winner’s final, and then the loser’s bracket matches started being played.

Breaks between matches gave me time to recuperate a little bit. I never realized how exhausting playing Call of Duty could be! In the meantime, I decided to take a better look around the place. What I noticed was that the majority of the other players in the venue knew each other. Apparently, Upper Level Gaming has been open for about a year now. In that time, they have become quite popular with the kids from the local high school, who can head down to the venue to hang out and play games on the weekends and on the weekdays that it’s open. It felt like a fun place to be, where you were surrounded by friends, video games, and the NFL games on tv (which caused quite a bit of hollering not related to the tournament). Cory even ordered a bunch of pizza to be delivered at one point to keep everyone fed. When I wasn’t playing, I was chilling on the couch with my teammates watching football or standing behind the other teams as they played their matches.

Our winner’s final match versus Hair Pie v2.0 was highly anticipated. Their team had looked pretty dominant in their first two matches and were the defending champions afterall (hence the v2.0). Starting on Solar Hardpoint, we came out strong. I survived on the hill thanks to Flak Jacket and Hardwired. After rotating, we managed to continuously push Hair Pie off of the hill and our lead didn’t stop growing until we hit 250 and the game ended. We then won Search and Destroy on Bio Lab 6-3.

In the loser’s bracket, the two previous teams we played, 740 and Death Dealers, were fighting for their spot in the loser’s finals, and this matchup turned out to be the closest of the tournament thus far. Death Dealers came out with the win and then faced off against Hair Pie. It turned out that this match was even closer than the last, with the first map 3 of the tournament being played. Death Dealers managed to come out on top to meet us in the Grand Final.

We all decided that a best-of-3 in the Grand Final was fair enough, and we started out on Retreat Hardpoint. After a few hills, my team started taking the lead. It was then that Death Dealers brought out the snipers and we knew that it was over, Press B for Spin Move was just too dominant! Whenever they hit a great snipe, the other room would erupt in cheers, an unusual situation for the team that’s losing. Needless to say, we won the Grand Final flawlessly and had a lot of fun while we were at it.

Press B for Spin Move is now on the Wall of Fame at Upper Level Gaming. Was it the most competitive of tournaments? No. Was it a lot of fun? Absolutely! Every LAN has to start somewhere, and I can see Upper Level Gaming attracting more attention from the competitive community in the future.  For the $10/player entry fee, it was worth it. I would definitely pay a bit more to compete. The hour and a half drive from Columbus wasn’t so bad, but it made me wish more than ever that a local venue would open up. Maybe someday I can open one of my own, but for now I’ll have to travel to places like Upper Level Gaming to get my LAN fix. Now I’m just looking forward to the next Call of Duty event!

1st – Press B for Spin Move