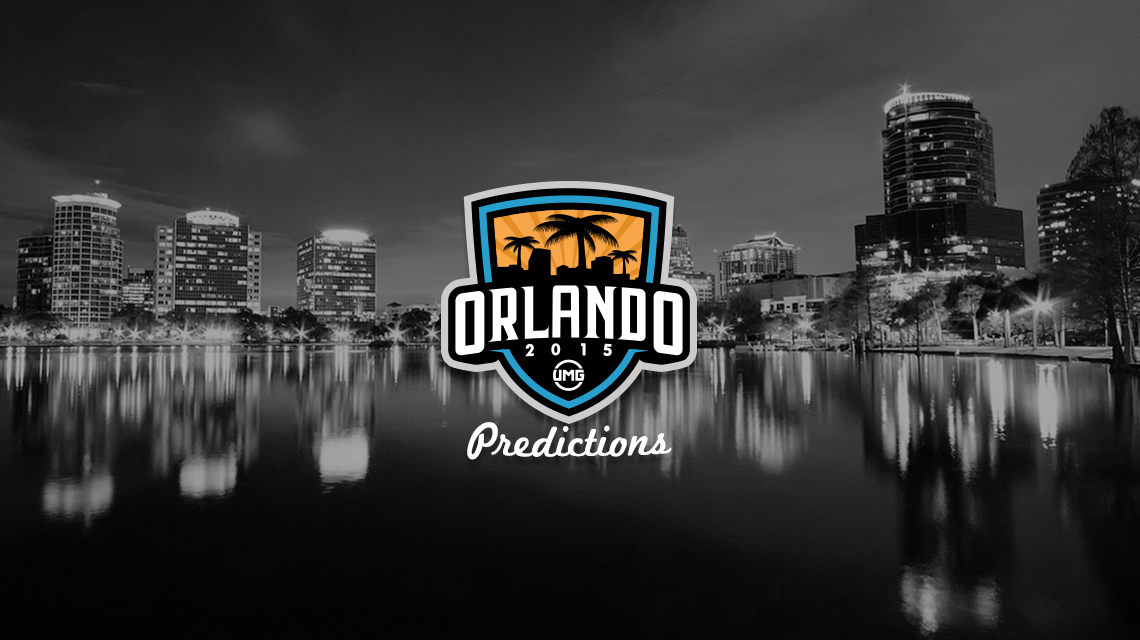 The following predictions are based off of recent Call of Duty: Advanced Warfare – MLG Pro Point tournament success and MLG Columbus’ placements.

*Please note that these are personal ESN predictions and are simply opinions from our staff. With there only being a single event played in Advanced Warfare, it can only seem viable to make predictions solely off of MLG Columbus and recent online tourney success.

Similar to MLG Columbus, UMG Orlando will feature 16 starting teams in Pool Play determined off of the North American Pro Point Leaderboard, while four additional teams will join over from Open Bracket.

Not knowing the Open Bracket Teams that will push through to Pool Play, we can only assume that they will remain at fifth place.

OpTic Gaming will look to take first place within this pool, possibly struggling against Stunner to get there. The biggest matchup however will be between Stunner and Aware. This could determine who will be the second team to make it into the Championship Winner’s Bracket.

With FaZe coming out hot from their last major event, it only seems viable that they come out of this Pool Play Group on top. The most important matchup to determine the second team to go to the Championship Winner’s Bracket will be between Team Kaliber and Strictly Business.

Denial look to seal out this group arguably being one of the top teams both online and at LAN. They’re currently second on the North American Pro Point Leaderboard and have the second most Pro Point Tournament wins behind OpTic Gaming. The matchup to watch will be between a strongly composed Team EnVyus and Rise Nation.

Prophecy was able to place third at MLG Columbus, proving to be a dominant force. JusTus and eLevate are both strong teams and could very easily come out on top, but we feel that Prophecy will continue their success from the last event. The victor of that matchup could determine who goes through.

OpTic Nation was placed 2nd-4th in our Pool Play Predictions, but we believe that they’ll bounce back in the Championship Bracket to place Top 8. They are a very strong team and with the addition of Swanny, they look to make a run at the pool, and possibly take away 1st place.

Pool D should hold some of the most exciting games early on in the tournament. Any of the teams could play well enough to take the pool. We expect it to be very close.

We have made these predictions based solely off of MLG Columbus’ Placements and December’s recent online Pro Point Tournament success.

One might say that FaZe isn’t looking so hot in terms of recent online success. They’re currently fourth place in the MLG Pro League Call of Duty: Advanced Warfare Season 1 and they haven’t been winning many tournaments either.

We can’t forget though, that FaZe was able to take the first Advanced Warfare event, and they’ve only improved since then. They also were able to win two consecutive best-of-five series against their formidable opponents, OpTic Gaming in the Grand Finals. Their team has proven to be dominant online in the past and should look to make another championship run with the  Greatest of All Time as their captain.

OpTic Gaming are great contenders looking to take first place. Unlike FaZe, OpTic has been able to capitalize on multiple MLG 2K and 5K tournaments, along with placing second at their last event losing by one map. One also can’t forget that they’re currently on a 12 win streak, being 13-1 and having first place in the MLG Pro League.

If OpTic Gaming are able to take this momentum into UMG Orlando and hit the ground running in their Pool Play Group, they should take home the trophy.

These are some of the notable teams whom we believe could break out of Open Bracket, placing Top 4 and continuing on to compete in the Championship Bracket and Pool Play.

Do you agree with eSportsNation’s predictions? Let us know your thoughts on who will dominate the competition at UMG Orlando.