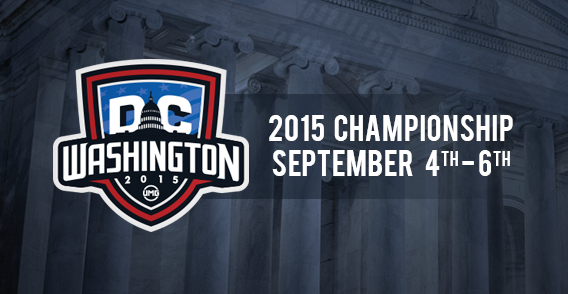 The pools for UMG DC have been released two days ahead of the start of the event. There are 4 pools and each holds 5 teams, 4 of which are automatically seeded based on pro points earned in the weeks leading up to the event. The final spot in each pool is earned by a team that goes undefeated in the Open Bracket.

The first pool contains top-seeded Optic Gaming and bottom seeded Onslaught eSports, as well as MLG Pro League teams Rise Nation and TCM Gaming. While Optic Gaming has been ranked among the top 2 teams in Call of Duty eSports throughout Advanced Warfare, Rise and TCM may give them a run for their money in Pool Play. Onslaught, an amateur team rising through the ranks, have played against pro teams recently at the MES 25K, where they placed in the top 8. Also at the MES event was Rise, who finished in second place. Expect Optic Gaming and Rise to move on to the winner’s bracket.

This pool may be very interesting to watch! Faze, seeded second but coming off of two-straight LAN wins for the first time in their history, are going to have a tough time with Team EnVy and Epsilon in Pool Play, but can they make it a three-peat? Epsilon eSports, though struggling a bit online during the MLG Pro League, always seem to play better at LAN. The pro squads are joined by amateur team Vexx Gaming. Expect Faze and nV to move on to the winner’s bracket.

Out of all the UMG DC pools, this one may be the most difficult to predict! Isolation Empire is new to the MLG Pro League, but they have been holding their own. Team Kaliber, an average team for quite some time now, look to break out during this event, however, Denial stands in their way. Is Denial going to perform well? To major surprise, Denial sits in 11th place in the MLG Pro League after the reset. The teams moving out of this pool are anyone’s guess, as Enigma 6 comes in with a lot of experience as well. However, we expect Denial and Isolation Empire to move on to the winner’s bracket.

At the top of this pool sits eLevate, who only dropped one map at MES 25K. They also are the leaders in the MLG Pro League with a 9-2 record after completing all of their Season 3 matches ahead of the finals. Optic Nation and Team Orbit are also Pro League teams, and they are joined by XGN. Besides eLevate, the other teams have not been very impressive lately. Optic Nation made a decent run at the last Gfinity event they attended, but this is no longer a recent achievement. Team Orbit has not attended a LAN since UMG Dallas, where they did not place in the top 16. XGN comes in with a well-known roster, but they players have not been impressive on Advanced Warfare thus far. Expect eLevate and Optic Nation to move to the winner’s bracket.