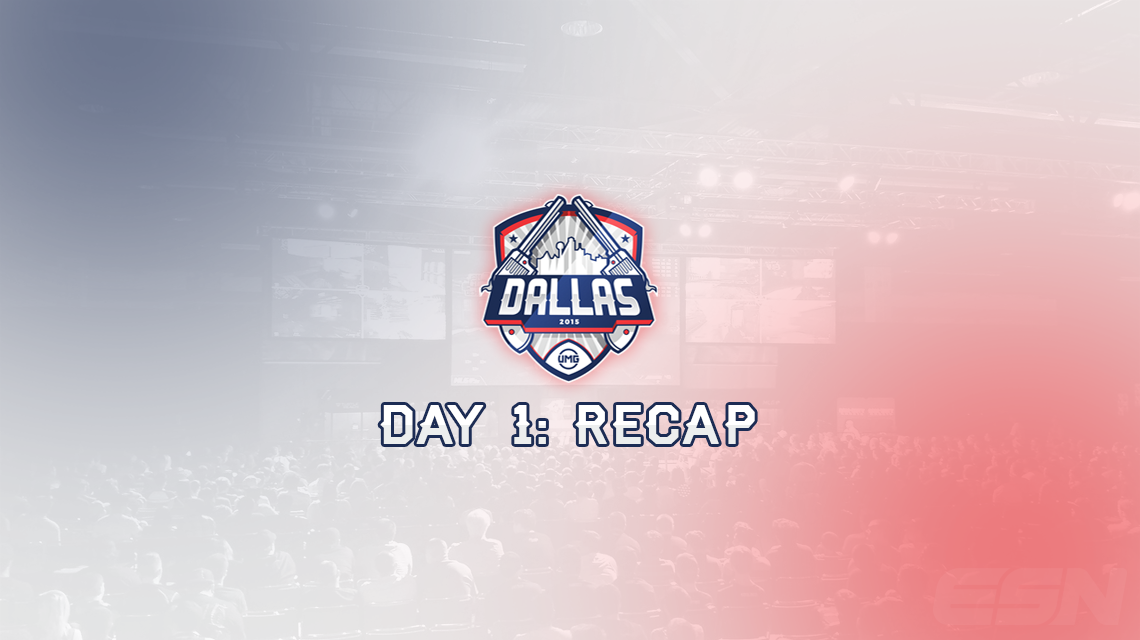 Day one at UMG Dallas 2015 for Call of Duty®: Advanced Warfare proved to be an exciting one, as the Open Bracket and Pool Play teams started playing their first rounds.

*Note: These are streamed matchups only.

All of the non-streamed matchups can be found on UMG Gaming’s website:

Enjoyed the Day 1 Recap for UMG Dallas 2015? Stay up-to-date with more #SCUF40K coverage and action over at our Twitter – @eSportsNation.