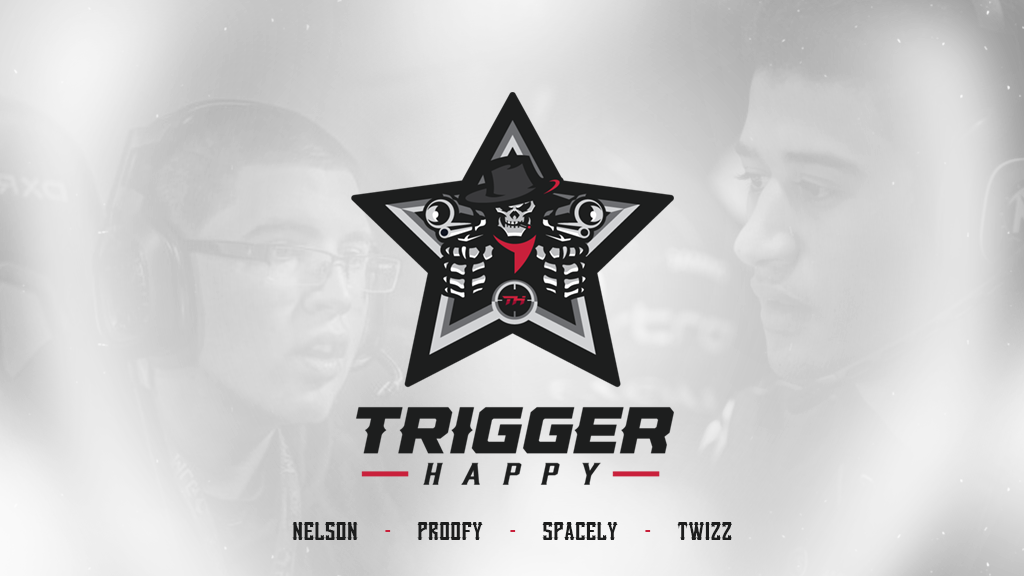 “While a lot of fans are focusing on OpTic, FaZe, and EnVy – this roster is flying under the radar and are a real dark horse,” said Alex Gonzalez, General Manager of Trigger Happy, LLC. “I think they’re going to surprise a lot of people and turn heads in the upcoming weeks and especially at MLG Vegas.”

ProoFy is the clear veteran on the roster. He has been heavily involved in the professional Call of Duty scene since 2009 and has had stints with esports organizations like OpTic Gaming, Team EnVyUs, FaZe Clan, and Team SoloMid. Most recently, he played for Echo Fox. The team was unable to qualify for the 2016 Call of Duty World League Championship.

TwiZz also brings a wealth of experience. Playing in the pro scene since 2011, TwiZz did not have a successful year on Black Ops III. He moved from North America to France last year in an attempt to play for Team Vitality, but visa issues prevented him from playing.

SpaceLy joins Trigger Happy after a long year with Luminosity Gaming. He was a solid and consistent player for the team throughout the year, but when roster changes occurred ahead of Infinite Warfare, SpaceLy was left to look for new teammates. Due to his age, 2016 was his first CoD Champs.

“I’ve worked with Nelson throughout the years and have always supported him as a player, getting to build this organization around him and three other talented players is an opportunity that I couldn’t pass up,” said Joey Hrap, owner of Trigger Happy, LLC.

The team will make their first appearance at MLG Vegas, beginning on Dec. 16. Though they are currently not slated to begin the tournament in pool play, Trigger Happy will have the chance to qualify for one of four pool play spots in online tournaments hosted by Gamebattles.

How do you think this team will fare on Infinite Warfare? Comment your thoughts below or tweet us @GAMURScom.