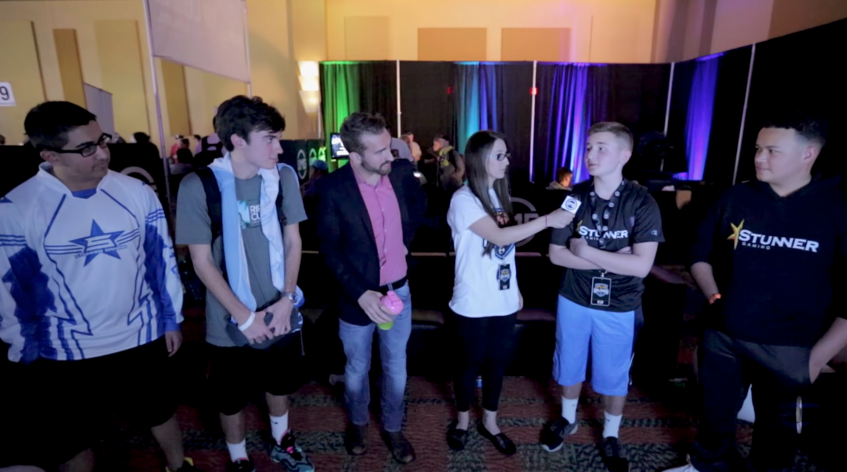 One of Call of Duty’s youngest and most talented free agents won’t be allowed to participate in the biggest tournament of the year.

Since the Call of Duty World League implemented an age restriction in September 2015, many young and promising talents have been unable to participate in CWL tournaments until their 18th birthday. Unfortunately for TJ, who is currently 17 years old, he’ll have to remain on the sidelines for a little bit longer.

“[My] birthday is three weeks before champs and a week before the LCQ, but I’m not allowed to go to champs,” TJHaLy said on Twitter.

When he was asked why this is the case, TJ said that he can’t compete at CoD Champs this year because “I turn 18 a week after roster lock.”

The community is surely disappointed by this news, since a lot of people were looking forward to seeing TJ’s return to competitive Call of Duty.

TJ burst onto the scene in Call of Duty: Advanced Warfare with a second place finish at UMG Orlando 2015, playing for Stunner Gaming. He also played for Rise Nation and Elevate in 2015, seeing a lot of success with the latter.

The young slayer earned a bronze medal with Elevate at the MLG Pro League CoD AW Season Two Playoffs hosted at the X Games in Austin, Texas, and then went on to win the MES Detroit 25K in August 2015. TJ also earned third-place finishes at UMG Washington D.C. in September 2015 and the MLG World Finals in October 2015.

For the most part, TJ has remained in the competitive Call of Duty community by playing online “money 8s” matches against other professionals, but he clearly still yearns to get back to a tournament setting.

Now that he officially can’t compete in the Call of Duty World League Championship next month, TJ will undoubtedly be one of the most highly-coveted free agents entering the Call of Duty: WWII season when that game is released on Nov. 3.