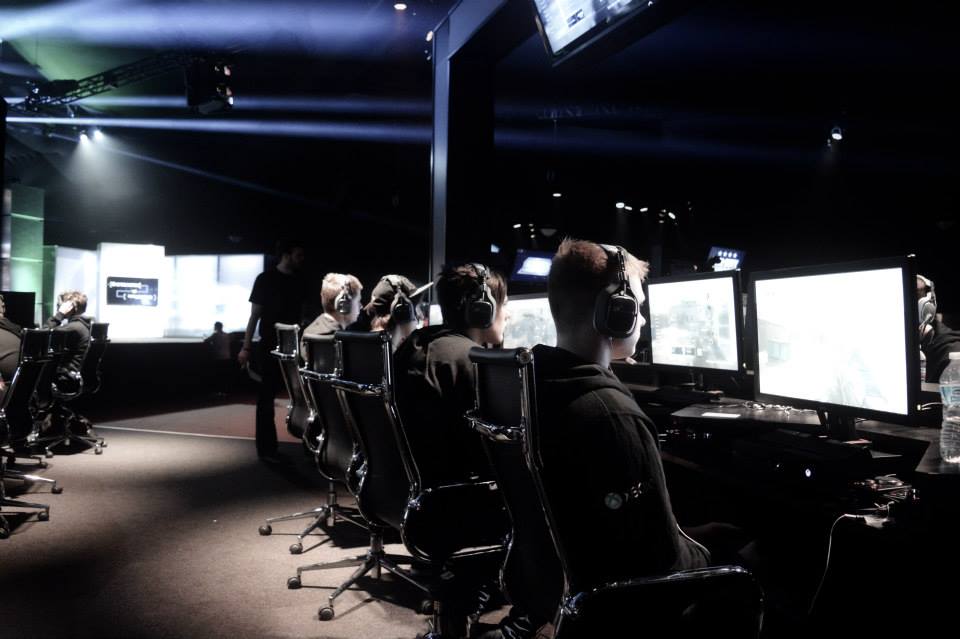 Welcome to the first piece of a new segment called The Web, a series I’m starting where I essentially have a place where I can rant and write about the crazy things I think are going on behind the scene in the world of esports. I should probably preface this with the fact that I have no inside knowledge, I’m essentially just a fan but I still enjoy coming up with and reading crazy theories so I figured I’d try to share them with the community. It’s also available in video format if that’s more your style.

Today I’m going to talk about the possibility of Activision essentially hijacking the competitive Call of Duty scene in a similar way to how Riot Games did with League of Legends and their LCS system. I touched on this briefly in the most recent episode of FPS Weekly, our usual show where we talk about what’s been going on in the world of FPS eSports. I thought that I’d try and explain myself in a more in-depth manner here though. In future episodes I actually intend to talk about what you might call conspiracy theories in esports, but I figured that I’d start with more of an interesting possibility for the future as well as what I’d personally do if I was in Activision’s shoes.

To give some background that you need to know to understand this theory, Activision is actually part of a larger company known as Activision Blizzard. As you can imagine the Blizzard portion of the name represents Blizzard Entertainment who make extremely popular games such as World of Warcraft, Starcraft, Diablo, Heroes of the Storm and Hearthstone. If you follow esports you’ll know that both Starcraft and Hearthstone have very large competitive followings as well as the historical significance of Brood War, the first SC game. Now that we’ve established that within the company on a greater scale there is a history of being a part of and eventually supporting esports how is this relevant to Activision?

It was recently shown that Activision is looking to hire someone who would take up the title of “Global Product Management Lead – eSports”. Basically, the employee’s role is to strengthen esports within the company and the company’s relationship with the community. In the past, Activision and the Call of Duty developers have pretty much ignored the competitive scene but have clearly started warming up to it. The biggest example is obviously the Black Ops 3 eSports event recently held at Gamescom. As the company and developers have started developing their association to the idea of esports it’s left me wondering, what do they intend to do in the future?

I personally believe that the smartest decision from a business perspective and what Activision will inevitably do in the future is, as I already stated before, take control of the competitive scene in the same way that Riot Games did. If you aren’t familiar with the LCS, basically in 2013 after two years of being played competitively, Riot launched a league for their game in both North America and Europe. It ran alongside the already established OGN format in Korea as well as the LPL run by Tencent, Riot’s parent company, in China. Having full control of this league meant that Riot could stop teams from competing in events they didn’t endorse, fine players for engaging in behavior they deemed inappropriate and take full control of the scene in regions where they operated. I have a pretty strong feeling that Activision is also considering moving down this path due to the marketing potential of it.

You might be thinking “Why would Activision need to do that? Call of Duty is one of the most recognizable brands in gaming?”. The reason I know you’re considering this is due to the fact that if you’re following Call of Duty you’re most likely located in North America where I have to agree, Call of Duty is one of the most recognizable games. The problem is that the gaming market is much bigger than just North America. Take Europe for example, although there is a dedicated scene for the game it is no where near the size of the Counter Strike: Global Offence, DotA or League of Legends community. There’s also China, who are proven to be the largest esports market in the world. They put up the largest numbers for both LoL and Dota, which are obviously the two biggest games. Recently in China, the ban on  the sale of consoles was lifted, giving prime opportunity to market CoD there as an esport. Even if they didn’t want to push console CoD, there’s also the potential of a game called Call of Duty Online, which is also published by Tencent who as I mentioned already host one of the top League of Legends leagues. It’s clear that there is a motive for Activision wanting to control the esport as a marketing tool, but why did I bring up their sister company, Blizzard Entertainment?

Blizzard has a long history in esports which is exactly what Activision needs if they hope to accomplish what Riot Games did. If they brought over people from the other side of the company such as someone like Kim Phan who is the Senior Manager of eSports at Blizzard they would bring in a lot of expertise that would jump start this quest to control the competitive scene. They’ve already got one of their games, Heroes of the Storm, on ESPN with the Heroes of the Dorm tournament. Could you imagine if they used the same connections to give Call of Duty the same treatment? They’ve also run plenty of tournaments and have connections with TOs through both Hearthstone and Starcraft’s World Championship Series.

What might this Activision-run league look like? It would probably be very similar to what we have now with the MLG Pro League except for one crucial difference. Like the LCS, it is very probable that it would be organized as on LAN. This would mean that teams would require to have gaming houses and all live near wherever the league is being hosted. This could be good or bad depending on your perspective in the scene.

This is just what I believe Activision is hoping to do in the future, if you agree with me let me know or even if you think I’m crazy and have no idea what I’m talking about feel free to leave a comment. I don’t intend for this to be a weekly segment, but I am planning on making an episode any time I think of or come across one of these theories that I personally enjoy or buy in to. For more content in similar vain, remember to subscribe to our YouTube channel and follow us on twitter @eSports_Guru. You can also view our weekly live show ‘Fps Weekly’ on twitch at twitch.tv/esports_guru. It’s streamed regularly every Tuesday at 8pm EST and we hope to be able to expand to other shows as well. Thanks for reading or watching this first segment, remember to follow us here at eSports Guru for all your esports needs.