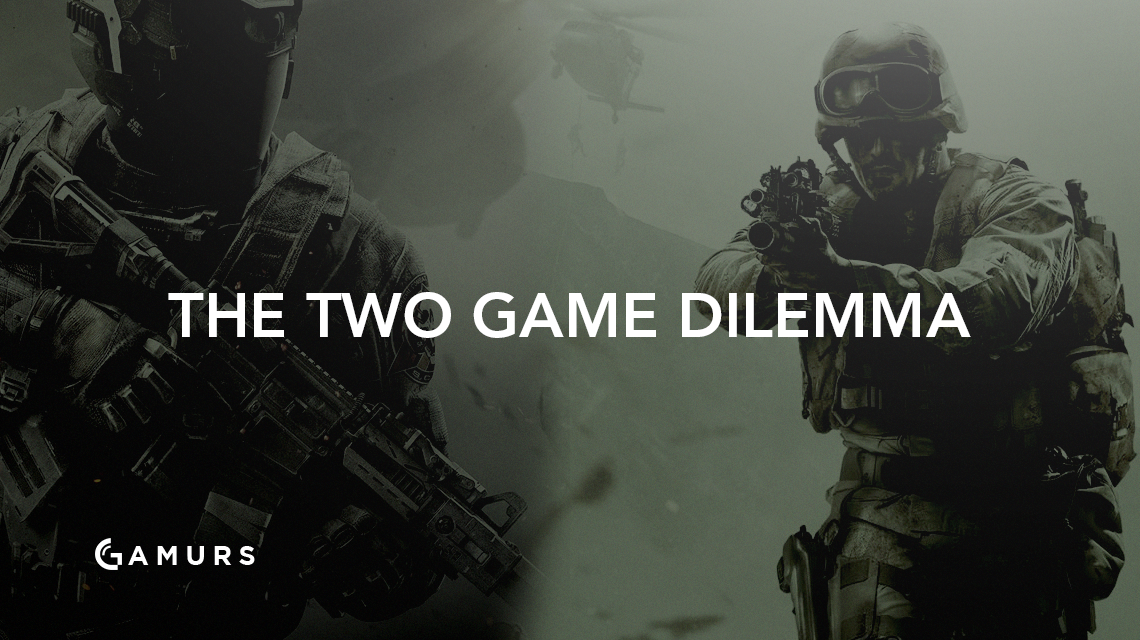 Activision made a great decision by revitalizing Modern Warfare, a revolutionary fan-favorite in the Call of Duty series. Prior to release, enthusiasm for the game far outweighed that for Infinite Warfare, the brand new title it was released with. For fans of the franchise, two games being released at the same time was a godsend. This is especially true for entertainers who have to consistently come up with new and exciting content for their fans. For professional Call of Duty players, however, this has created a conundrum.

“Which game do I want to play?” is a question Call of Duty esports stars have been asking themselves a lot over the past week.

For many, the answer has been Modern Warfare. A mixture of nostalgia and desire for a “boots on the ground” Call of Duty game has made Modern Warfare popular within both the casual and competitive community. Three years in a row with jetpacks has worn players down, making a traditional Call of Duty game quite refreshing to play. Modern Warfare isn’t even necessarily the best game for competitive, but tournaments are being played on it nonetheless. The slow pace, beautiful map design, and simplicity all makes Modern Warfare strategic and, in many ways, polar opposites from Infinite Warfare.

In its own right, Infinite Warfare is a decent game, but there have been many issues with it so far that professional players are not happy with. Recently, a glitch in Search and Destroy caused matches to end prematurely. Spawns in respawn game modes often place players in awkward positions, sometimes right in the line of fire. Map glitches on Uplink allow for strange ball running routes. The good news is that all of these things can be fixed, but the bad news is that the complaints don’t end there.

Activision needs to make Modern Warfare Remastered the competitive title for 2016-2017. If not, I think this year will be [a] failure. -Nadeshot

Though the jetpack has gradually been toned down from game to game since Advanced Warfare, movement using it is still a major part of gameplay.

In custom matches, an option is available to eliminate double jumps and wall running, causing some in the community to call for a boots on the ground year of Infinite Warfare. However, turning Infinite Warfare into a full-on boots on the ground game is highly unlikely. Simply, the maps were built for double jumps and wall runs.

Map design is something Infinity Ward wanted to get right, so they reached out to former professional players for their opinions. Nearly every map was built to contain three lanes, part of the traditional recipe for success for competitive maps. Unfortunately, there have been many complaints about how maps play out.

Obsession with Modern Warfare and issues with Infinite Warfare have created a movement toward making the former the competitive game this year. Influential people in the community, like Matthew “Nadeshot” Haag, have made their position on the matter clear.

“Activision needs to make Modern Warfare Remastered the competitive title for 2016-2017. If not, I think this year will be [a] failure,” Nadeshot tweeted.

His former teammate Seth “Scump” Abner has been critical as well, saying things like, “Did they give up on [Infinite Warfare]? I’m so confused.”

Many others feel the same way. Unfortunately for them, there is little chance that Activision will allow Modern Warfare to be played as the competitive title this year in the Call of Duty World League. But why?

Having two different Call of Duty games in the same year does create another interesting dilemma. With pros playing a bit of both, they are not giving Infinite Warfare enough attention, but they should be. After all, pro players, for the most part, make their living through competing in esports tournaments. By not focusing on the goal, which is always to win, players are giving themselves a disadvantage.

For those that grind Infinite Warfare now, at the beginning of the game, rewards will follow. Dedicating time toward the game is how players and their teams will get better, not by switching to Modern Warfare when the going gets tough. Time spent practicing will show at MLG Vegas and the PlayStation Experience CWL Invitational. As Ian “Crimsix” Porter pointed out in a video, the Modern Warfare vs. Infinite Warfare dilemma especially affects popular content creators, such as himself and other OpTic Gaming members. If this proves true, perhaps a new team will take over OpTic Gaming’s position as the winningest team in the game.

I’m not going to bash Infinite Warfare, not yet. Truth be told, I have enjoyed playing the game so far. New game modes, like Frontline and Defender, have been a lot of fun to play, and the system for obtaining new variant weapons is pretty neat. But I haven’t played the game competitively, and therefore, I can’t say how the season of Infinite Warfare esports will actually play out. I do know, though, that many of the issues people are complaining about can be fixed. Activision and Infinity Ward have shown that they are willing to listen to our concerns, so keeping up the discussion with them is how we will benefit moving forward.

Have you dismissed Infinite Warfare as an esport? Will Modern Warfare be your game of choice? Comment below or tweet us @GAMURScom.