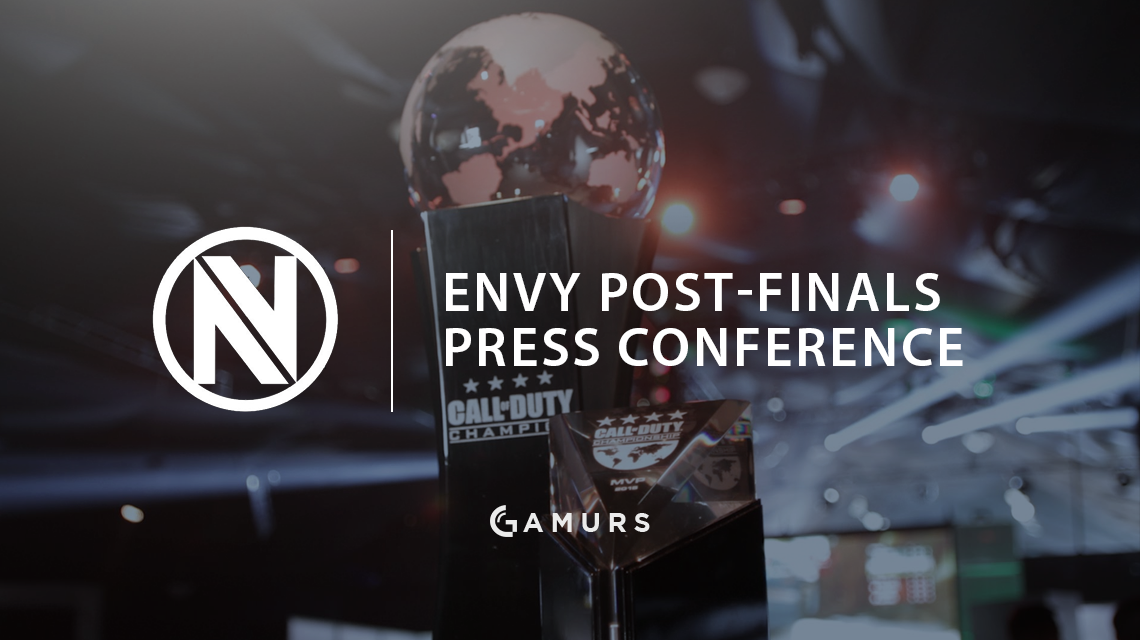 The Grand Final at the 2016 Call of Duty World League Championship concluded, crowning Team EnVyUs the winner over Splyce. This was the first Championship match that pitted a North American team (nV) against a European team (Splyce). In honor of their victory, Scuf gave away special Championship edition Scuf controllers to the nV players.

Take us through the tournament.

JKap: “We started with the possibility of playing Optic and sure enough it happened first round. Happened last year. [I thought], “We’re winning this, this is ours.” [It was a] pretty smooth winner’s bracket run.”

Apathy: “Last year I didn’t place well. I came into this tournament as prepared as possible, I wanted to win this thing. We were sure to play hard and make the least amount of mistakes possible. We played really well against every team. Beating OpTic and FaZe was definitely a challenge. All the matches were tough, we knew it was going to tough. We came as prepared as possible and it showed.”

Slasher: “Once we won the SnD we knew we pretty much had it in the bag.”

John [CoD Champs MVP]: “Last year I didn’t do as well at CoD champs, placed top 12. This year I’m lucky to have the smartest players on my team. I’m dumb happy.”

When asked if they had the expectation to win and if it had any bearing on the result.

Apathy: “I thought, “It’s not over yet.” I knew it wasn’t in the bag. I knew we had to go into every game and give it our all.”

When asked about the possibility of Call of Duty esports reaching the levels League of Legends and Counter-Strike experience.

JKap: “Everyone wants to see [Call of Duty] esports grow. To get to that level we aren’t there yet. But this tournament and the support from Activision and Treyarch, we are in a good spot to potentially reach that level.”