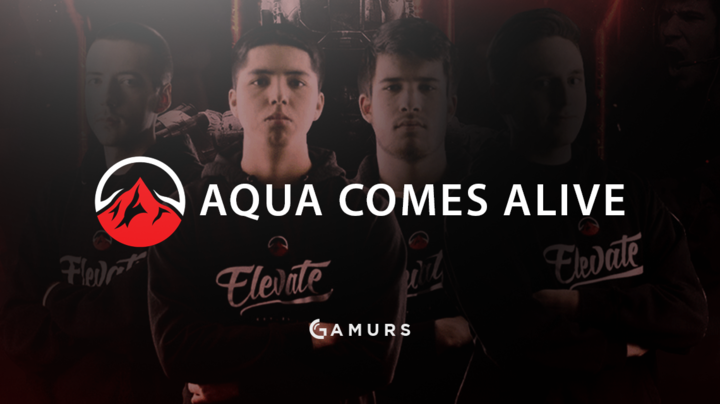 Team eLevate hasn’t had the best record online and it’s negatively affected their reputation throughout a large amount of the community. However, their online record doesn’t define them on LAN.

“It’s my connection,” said Aqua after resounding 3-0 victory over Cloud9. “Where I live, the best internet isn’t that good, so I get screwed over a lot.”

But, catch eLevate on LAN and you can expect them to play to their full potential. In their Pool Play matches, they dominated Most Wanted (3-0) and Renegades (3-0), but fell hard to FaZe Clan (0-3). Their loss to FaZe led to accusations of eLevate throwing the match, which Aqua denied.

“The people saying that we threw the match are crazy,” said Aqua. “We were pissed after that game; we tried our best but things simply weren’t going our way.”

After their final Pool Play match loss, they went back to the hotel room and worked on their mistakes. Spending the whole night watching VODs and reviewing strategies worked out in eLevate’s favor.

They went on to 3-0 Cloud9, Patrick “ACHES” Price team. The first two games were close (250-221 Evac Hardpoint and 6-5 Fringe Search and Destroy), but their last game is what set off eLevate’s fire.

After a 12-0 lead at the half, Aqua was quadruple positive had become a one-man army.

“I was thinking ‘I’m going to outduel anyone right now,’” Aqua said. “I checked to see if I had any of my teammates nearby, and if they were able to back me up then I went in for the duel, which worked well for me.”

eLevate is three-fourths of the Team Revenge squad that placed second at COD Champs last year. They are currently guaranteed T6 and prepared to take on the best teams in Call of Duty.

“We want to play OpTic and we want to play EnVy and Rise,” said Aqua. “We feel confident in our ability to play with the best – if we win COD Champs, we want to match up against the best teams to prove we are the best.”

Next up on eLevate’s list: NA powerhouse, Rise Nation.

During this event, Aqua has come alive. He has singlehandedly dominated games and is not afraid to recognize his team’s potential on LAN.

Maybe Aqua’s hidden blessing is his connection. If you can drop 40-bombs on high ping, imagine what you could do on LAN.

What are your thoughts on Team eLevate’s current play and Aqua’s performance? Let us know by commenting below or tweeting us@GAMURScom.