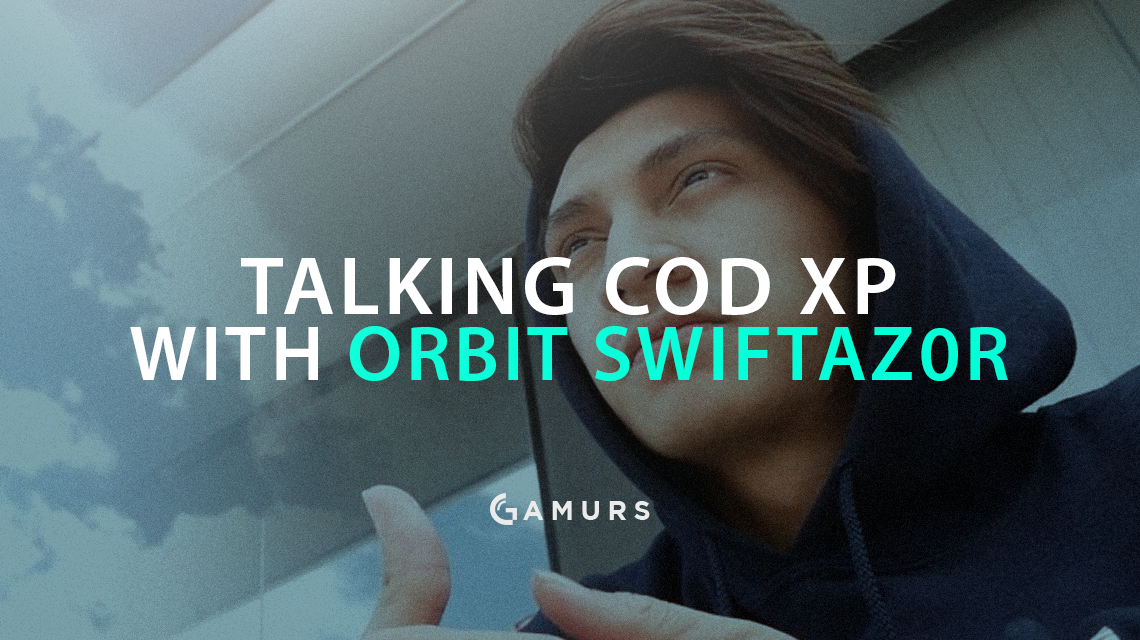 There will be four teams from Australia/New Zealand at Call of Duty XP this year. One of them, Team Orbit, is comprised of four players who have never attended the event before, but are going in with high expectations. Orbit finished Stage Two of the Call of Duty World League in first place in the regular season and second in the playoffs. They have dominated the rest of the ANZ competition, even beating Mindfreak on occasion. Can they make a run at winning Call of Duty XP?

Team Orbit will begin the tournament in Group G, along with North America’s Team EnVyUs and Cloud9, as well as European Team Vitality. See what Team Orbit’s Kainen “Swiftaz0r” Kini has to say about how his team is preparing for the big event:

At the Stage Two Finals, you and all the other playoff teams travelled to California. Did you scrim against any North American or European teams?

Yes, it’s very rare that teams from our region get a chance to play against NA and EU teams, so making the most of these opportunities are paramount. We managed to get a few scrims in versus a mixture of teams [who all brought] something new to the table.

How did the scrims go? How do playstyles differ?

None of us had played versus any international teams yet, so we didn’t know what to expect – did they have better gun skill? Did they know something we didn’t? Do they play the game completely different? To our surprise, they play most things exactly the same. They hold the same lanes from the same spots, they push out the same things to get spawns – it’s mainly the pace of the game that’s different. Their decision making and the speed they play at is quicker than what we are used to, they are also much more efficient with their trading.

Since Stage Two ended, ANZ hasn’t had any other events. What have you guys been doing to stay fresh?

For the most part, we have just been scrimming and watching VODs (theatre), which is nothing out of the ordinary. [We’ve been playing the game] more than ever. For instance, in the past two weeks, we scrimmed nearly every day straight, which is something we haven’t done all year.

What are the main differences in ANZ Call of Duty this year compared to before the CWL?

PRIZE MONEY. The highest paid event for Advanced Warfare was $10,000 and that is now our lowest paid event that we had for this game. The teams are also much better and the skill gap between teams is closing, mainly due to the major increase in incentive that we now have to play for.

Is this the longest you’ve been on an intact roster? How does that aid you in preparing for CoD Champs?

No, in previous CoD titles, I’ve teamed with people for much longer. However, in saying this, I’ve teamed with Nimble for close to a year now and my other two teammates for nearly half a year, so we’ve identified most of our team’s strengths and flaws. Really the only thing that teaming with people for awhile does in regard to aiding our practice for CoD XP is the fact that we are long past the phase of beating around the bush when someone makes a bad play. If someone makes the wrong play, we bring it up, we figure out a solution, and we fix it.

The tournament this year is bigger than ever before. Is there more pressure?

It is the first Call of Duty Championship for all of us [on] this team and we can play a big role in the future of competitive CoD in our region if we place well, so there is definitely a high amount of pressure and expectation on all teams in our region to do well.

Have you watched film on the other teams in your group to prepare?

Yes, we have been watching games from all teams in our group – some more than others. I believe this may be one of the [advantages] we have on them, as not only is it much more accessible for us to find videos of them playing, but we are coming into the event with the idea that no match is going to be easy and I’m assuming that they will be thinking we are the least of their worries and focus more of their efforts on other teams rather than us.

You mentioned pressure due to expectation. ANZ teams have placed top-eight in the last two CoD Champs. Do you believe a team needs to place again this year to legitimize ANZ Call of Duty?

Yeah, I’m sure if any team can place highly at this event, it will just reiterate the fact that teams from ANZ can compete at the highest level, regardless of our small scene.

What do you think Team Orbit’s chances are at Call of Duty XP? Let us know in the comments below or tweet us @GAMURScom. Make sure to tune into the action when it begins on Thursday, Sept. 1. You can watch it all on twitch.tv/callofduty!