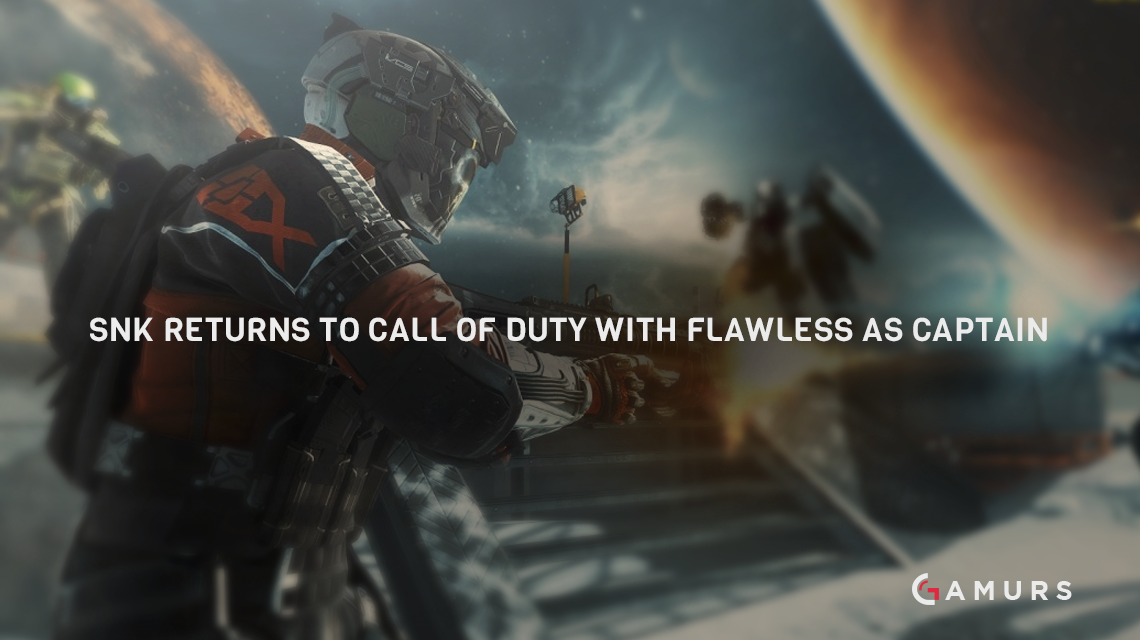 Former professional Call of Duty player Richard “FLAWLESS” Ferreira has made his return into the FPS esport scene as the captain at the helm of SnK (Shoot ‘n Kill) Esports. FLAWLESS is best known for his time under the OpTic Gaming banner, alongside Matthew “Nadeshot” Haag, Joe “MerK” Deluca, and Blake “Vengeance” Campbell during the Call of Duty: Modern Warfare 2 cycle. With OpTic, he placed fourth at the 2010 MLG National Championship.

SnK is making their return to the Call of Duty scene with the hopes of growing as “one big family with all the talent” behind them. Follow their six month hiatus from the Call of Duty scene, SnK aspires to make some noise at the top tiers of the Call of Duty scene. MLG Atlanta (in February) will be the first event the organization will compete at with FLAWLESS. FLAWLESS said he intends on “achieving big things this upcoming year” with an ambitious goal of being “first at every event.”

What do you think of SnK and FLAWLESS’s return to Call of Duty? Give us your thoughts below or with a tweet @GAMURScom.