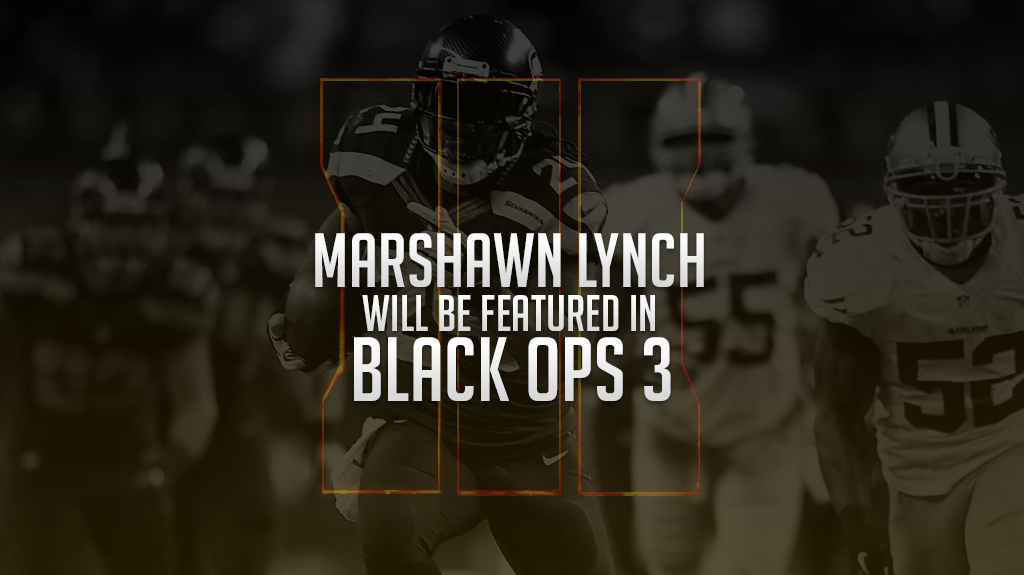 Back in mid-April, 2015, Lynch had made a suspicious visit over at Treyarch Studios, developer for the Call of Duty: Black Ops’ franchise series, and tweeted out an image of himself and the entire Treyarch development team stating, “You know why I’m here.” https://twitter.com/MoneyLynch/status/589166553582698496 Now this isn’t the first time that a celebrity had visited the studio and development team to get a sneak peak of the highly anticipated game, but it’s one of the first group photo’d ones. Lynch’s statement also aroused even more conclusions as to why he really was there. Two months later, the confidentiality of his stop at the development studio has finally been released. Treyarch seems to impress again, as ESPN The Magazine released a full behind-the-scenes story at how Lynch, alongside the development team, were able to create him into a virtual character for the upcoming blockbuster video game that everyone knows and loves. Lynch will undertake the role of a villain apart of an elite underworld opposing militant group, as “a 5-foot-11, 215-pound battering ram of a man,” within Black Ops III, and you the player, will get to fight him. Black Ops III will capture his features, imagination, and motion-captured movements, making Lynch the first-ever professional athlete in a Call of Duty game. Lynch was really appreciative of being implemented into the game, commenting “I’ve been in the Super Bowl, I’ve been in movies, I mean I’ve even been in video games. But I mean now this actual player. His character, is took from me.” He can’t wait to bring the Beast Mode to gamers across the globe in November. ESPN The Magazine’s June 22 eSports Issue will also feature profiles on the world’s biggest YouTuber Felix “PewDiePie” Kjellberg, South Korea’s League of Legends’ prodigy and eSports legend Lee “Faker” Sang-Hyeok, and much more.

https://twitter.com/SportsCenter/status/608310290401382400 What are your thoughts on ESPN The Magazine’s features on eSports, and the announcement of Marshawn Lynch’s villain character in Call of Duty®: Black Ops III? Let us know in the comments below. Be on the lookout for more Black Ops III news over at our Twitter – @eSportsNation.