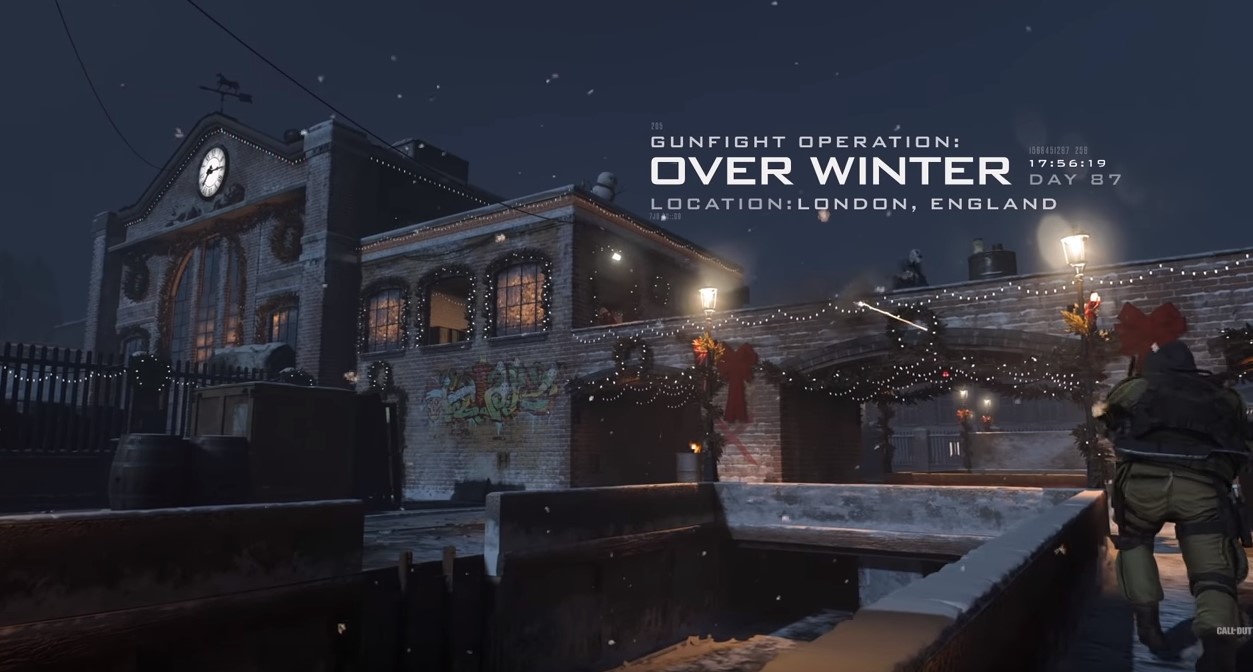 A Christmas-themed Easter egg in the new Call of Duty: Modern Warfare map triggers Santa’s sleigh to soar across the sky, but Rudolph and Father Christmas are nowhere to be seen.

To see Santa’s sleigh for themselves, players have to load-up the new winter-themed Gunfight map Open Winter, which was introduced in the 1.12 update. Then, players have to shoot the Reindeer that is on top of the Clock Tower in the corner of the map. But this has to be done once the clock strikes 12, according to PrestigeisKey.

Upon completion, each transmission tower will spark and light up, which is a reference to Back to the Future. Then, Santa’s Sleigh will soar across the map from the Southern part of the map and disappear into the night sky.

Eagle-eyed players will notice that Santa and Rudolph aren’t on the Sleigh, strangely.

The Sleigh is in fact helmed by Captain Price, the main protagonist of the Modern Warfare campaign and a staple character throughout the franchise. At the front of the sleigh, Rudolph, the red-nosed reindeer, has been replaced by Riley, the playable dog that was first introduced in Call of Duty: Ghosts.

Behind Price sits a Teddy bear, synonymous with Easter eggs throughout the franchise, particularly in Call of Duty: Black Ops Zombies.

There seem to be multiple Easter eggs hidden in the new map because players also found snowmen hidden around the map. But in that case, players have yet to discover their purpose.